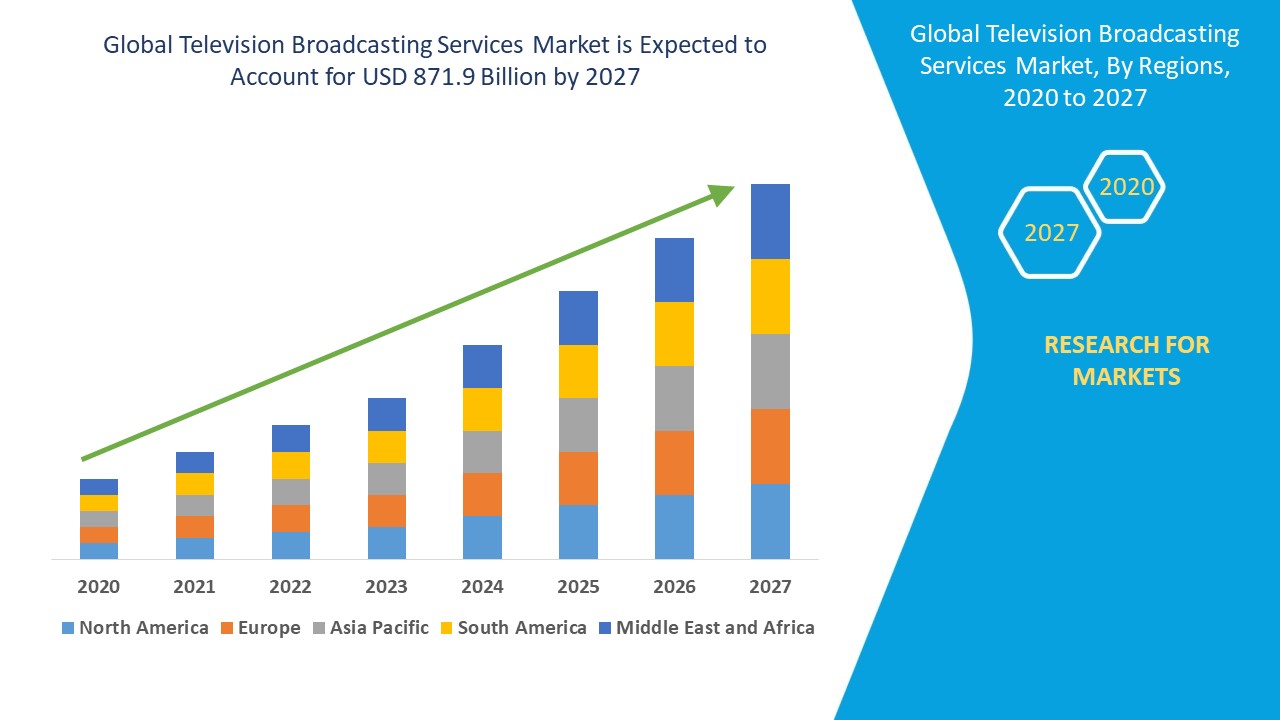 Television broadcasting services market size is valued at USD 871.9 billion by 2027 and is expected to grow at a compound annual growth rate of 7.6% in the forecast period of 2020 to 2027. Data Bridge Market Research report on television broadcasting services market provides analysis and insights regarding the various factors expected to be prevalent throughout the forecasted period while providing their impacts on the market’s growth.

However, the strict governments rules and regulations coupled with broadcasting will hamper the growth of the television broadcasting services in the above mentioned forecast period.

Television broadcasting services market is segmented on the basis of delivery platform, broadcaster type and service model. The growth among segments helps you analyze niche pockets of growth and strategies to approach the market and determine your core application areas and the difference in your target markets.