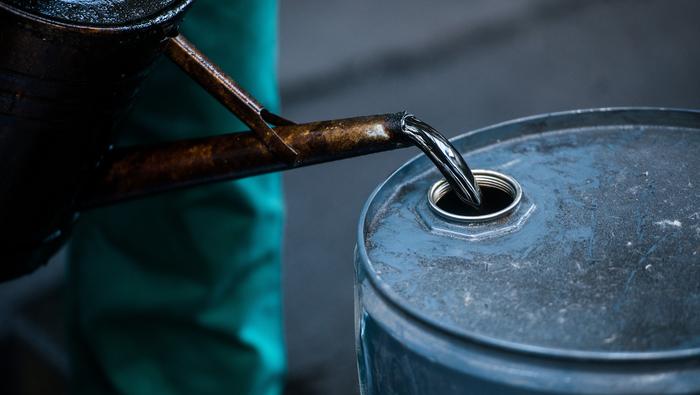 In crude oil market, every manufacturer expected a huge crisis due to the pandemic created by the COVID-19 all over the world. COVID-19 widely impacted the demand and price of crude oil globally. The price of the crude price has been fall below USD 10 per barrel. Due to the pandemic it is very difficult for the oil importing and exporting nations such as India, the U.S. and China to recover from the COVID-19 effect but the oil exporting nations will go bankrupt if this scenario will remain continue.

Due to the crisis the crude oil industry entered into a very turbulent phase. Oil importing nations can take the benefits of low oil price whereas the oil manufacturing and exporting nations will have to find other alternatives to generate the profit margin.

As per the report of Energy Institute of Haas, the prices of crude oil prices have been fallen nearly 40% due to the reduction or delay in various projects.

According to the International Energy Agency, the crude oil demand in 2020 is expected to reach 90,000 barrel per day which is decline from 2019, from its previous estimate of about a 1 million barrel per day. If the situation will remain same there will a strong chances that many oil manufacturers will become bankrupt. To save themselves from this situation many manufacturers and also some politicians, are arguing that the federal government must subsidize the oil manufacturers through low-interest loans or they can also reduce the drilling royalties.

Consumption of the U.S. liquid fuels fell in early 2020 as a result of reduced travel because of COVID-19 and associated mitigation measures. Consumption of liquid fuels in the United States reached its low point in April at an average of 14.7 million barrels per day (b/d), down 5.4 million b/d from April 2019.

As per the report published by Reserve Bank of India, the GDP of the country fell down on a wider range due to the COVID-19 crisis. Since, India is the major importer of oil which is approximately 80% from other countries and the lowering of oil prices will reduce the CAD for the economy. The current savings in CAD amount can be further used to support the country financing to deal with the tragic situation.

In the U.S., more than 600,000 barrels per day in production cuts have been generated follow with Canada 300,000 bpd of shut-ins and Brazil’s has reduced output by 200,000 bpd. COVID-19 pandemics has been widely impacted the global economy.

Due to the restriction in travelling and lockdown billion of peoples stay back in their home which will decline the demand of oil and gas and reduce the overall revenue. Due to the situation the industry is considering resorting to burning their oil and also closing their oil wells inset to take it off the market.

Through the above data it is clearly indicated that due to the pandemic there is a huge downfall in the crude oil prizes. First time in the history the oil price reached the USD 0 mark due to the lack of demand and difference between the production and consumption of oil till second quarter of 2020.

Through the above data it is clearly indicated that the prizes of various crude oil product such as WTI crude oil, diesel, heating oil are less as compare to previous year due to the pandemic situation all over the world.

PRODUCTION AND CONSUMPTION OF CRUDE OIL

The disruptions between the production and consumption of oil due to the COVID-19 lead a situation of panic among the world. Due to the imposition of lockdown and the stringent government regulation, it has led to the consumption of fuel falling more quickly than production.

Through above data it is indicated that till 2019 the fuel production is equal to the fuel consumption all around the world but in first quarter of 2020 the oil consumption very much less as compare to the oil product all over the world. Due to the mismatch of production and consumption of fuels and gases the manufactures will have to face the huge losses.

Falling crude oil price has already created enough distress among the countries globally. Oil manufacturers are adopting new technologies and taking new initiatives to convert this pandemic into their favor.

By implementing various strategies such as growing production capacity, new product releases, product availability, the manufacturers aim to achieve optimum market growth and the stressful situation in their favor.

Indian oil companies, such as IOCL, ONGC and Oil India, may face tough situation due to the pandemic situation and most of the manufacturers are forced to sell their crude oil products in lower prices which has created a situation of stress around the globe.

According to the report of published by Petroleum Exporting Countries (OPEC), in 2016, the total crude oil consumed by aviation sector is approximately 6 million barrels per day. Therefore, the restrictions in international as well as domestic traveling will affect the demand and supply of crude oil on a wider range.

As per the report published by IEA, in 2020, the crude oil demand declined by 90,000 barrels per day from 2019 which can lead to reduction of the GDP of various oil manufacturing countries and can lead them to go bankruptcy.

Many worldwide manufacturers are adopting new technologies and investing in different strategies to gain the profit and turns down the situation into their favor.