Global Touch Sensor Market is expected to grow with the CAGR of 8.7% in the forecast period of 2021 to 2028. The years considered for study are as mentioned below. 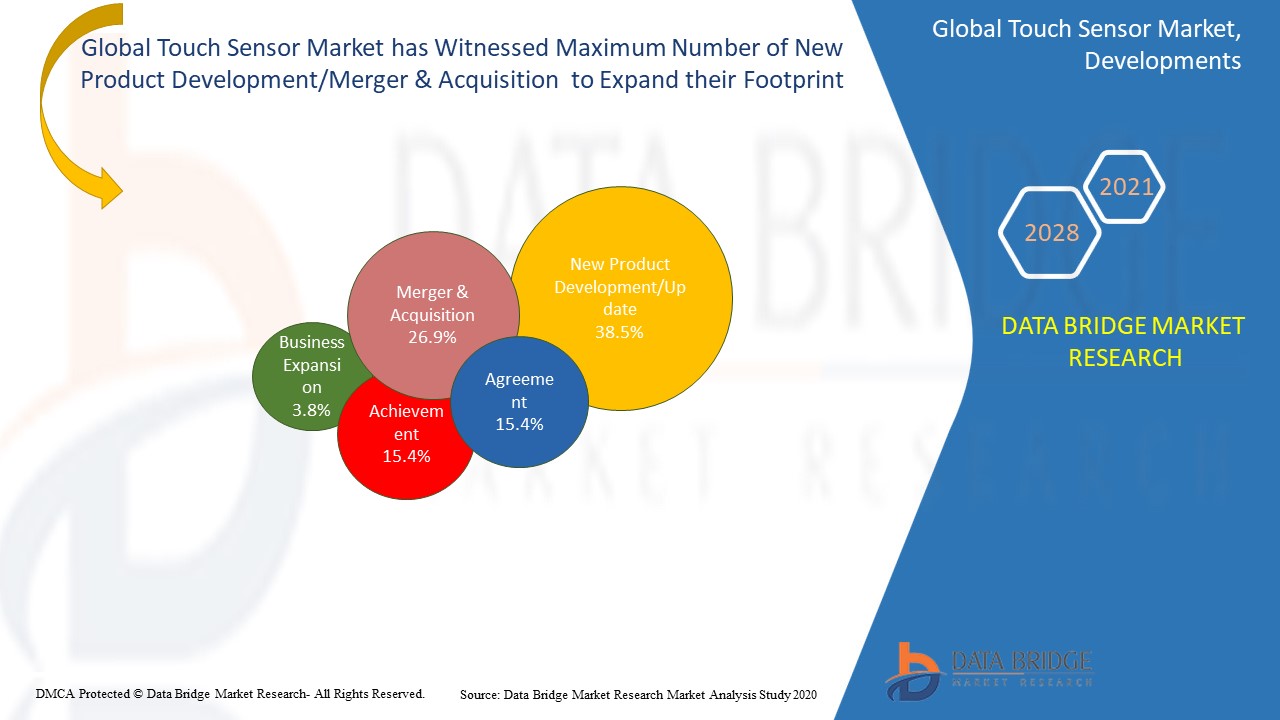 SAMSUNG is headquartered in Seoul, South Korea which was established in 1969. The company is engaged in providing state–of-the-art products and solutions as well as developing innovative solutions catering to various industries such as construction, consumer electronics and logistics among others. The company offers wide range of product categories such as DRAM, SSD, eStorage, MCP, Image Sensor, Processor, Display IC, Security Solutions and Power IC and Display IC is focused category. They operate their businesses in CE, IM, DP, Semiconductor, Harman and Other among which Semiconductor is focused category. For instance,

The company has presence in North America, Asia-Pacific and Europe. In addition to it, the company also generates its revenue from the various subsidiary companies such Samsung electronics service (South Korea), Harman International (U.S.), SmartThings (U.S.), Samsung Display (South Korea) and Cheil Worldwide (South Korea) among others.

Japan Display Inc. is headquartered in Tokyo, Japan which was founded in 2012. The company is engaged in offering technological advanced products which are developed using unconventional methods. The company has technology categories which are LCD Basics, JDI’s  LCD Technology, JDI’s Latest Display Technology, JDI’s Sensor Technology and Fabrication Service and R&D Support in which JDI’s Sensor Technology is market focused category. They operate their businesses in Small-Medium Display.