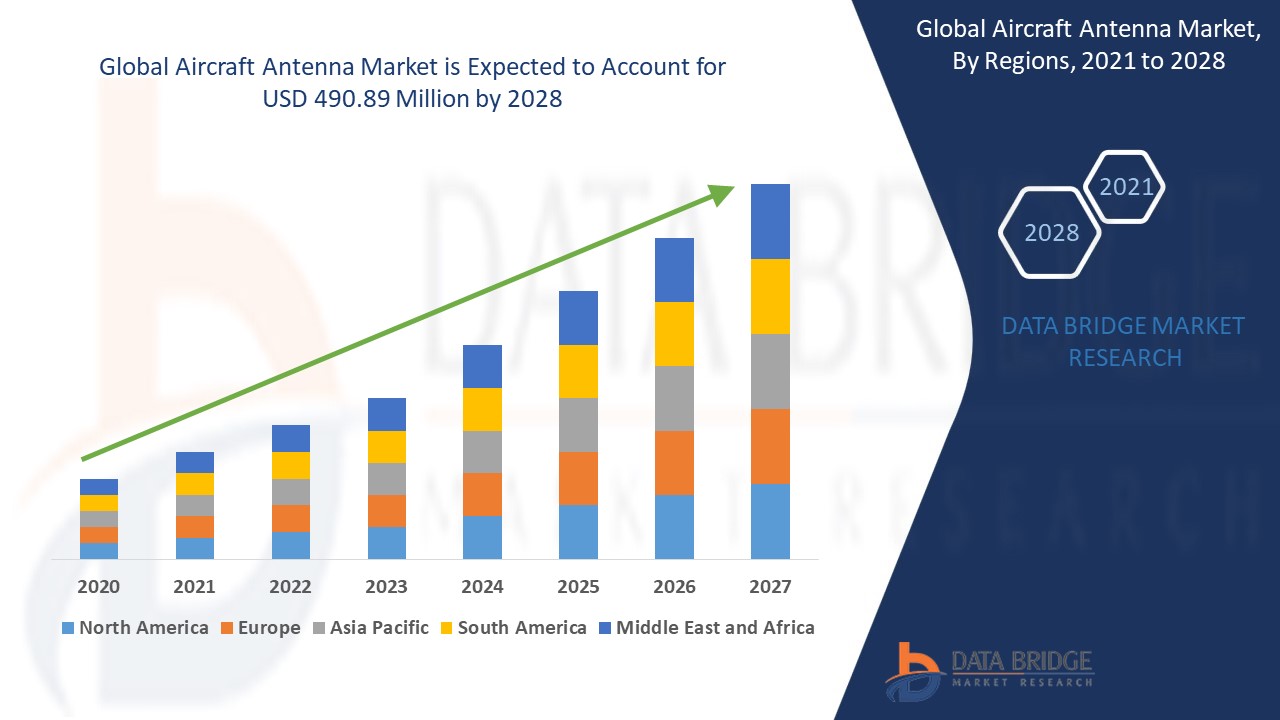 Aircraft antenna market is expected to reach USD 490.89 million by 2028 witnessing market growth at a rate of 11.67% in the forecast period of 2021 to 2028. Data Bridge Market Research report on aircraft antenna market provides analysis and insights regarding the various factors expected to be prevalent throughout the forecast period while providing their impacts on the market’s growth.

Antennas are the fundamental components of an electrical device, i.e. the connecting connection between the receiver and the transmitter and free space or free space. Antennas play an important role in defining the features of the device in which antennas are used and are used in different systems in various ways. For various purposes, there are many antennas mounted on various parts of an aircraft. These antennas work at different frequencies, so in order to prevent interference with the radiation pattern of all these antennas, it is necessary to position them accordingly.

Increasing demand for military unarmed aerial vehicles, increasing number of airspace modernization programs, introduction of advanced aircraft systems, replacement of legacy system, rising demand for advanced communication facilities and navigation along with increasing the number of airlines are some of the major as well as vital factors which will likely to augment the growth of the aircraft antenna market in the projected timeframe of 2021-2028. On the other hand, increasing popularity of eVTOL aircraft along with emergence of aircraft manufacturers which will further contribute by generating massive opportunities that will lead to the growth of the aircraft antenna market in the above mentioned projected timeframe.

Aircraft antenna market is segmented on the basis of platform, wing type, frequency type, antenna type, installation, application, sales channel and end use. The growth among segments helps you analyse niche pockets of growth and strategies to approach the market and determine your core application areas and the difference in your target markets.

North America will dominate the aircraft antenna market due to the prevalence of several large manufacturers along with surging levels of investment in research activities to develop antenna with improved efficiency and reliability while Asia-Pacific region will expect to grow in the forecast period of 2021-2028 due to the growing aviation passenger traffic along with the increasing demand for new commercial aircraft in the region.