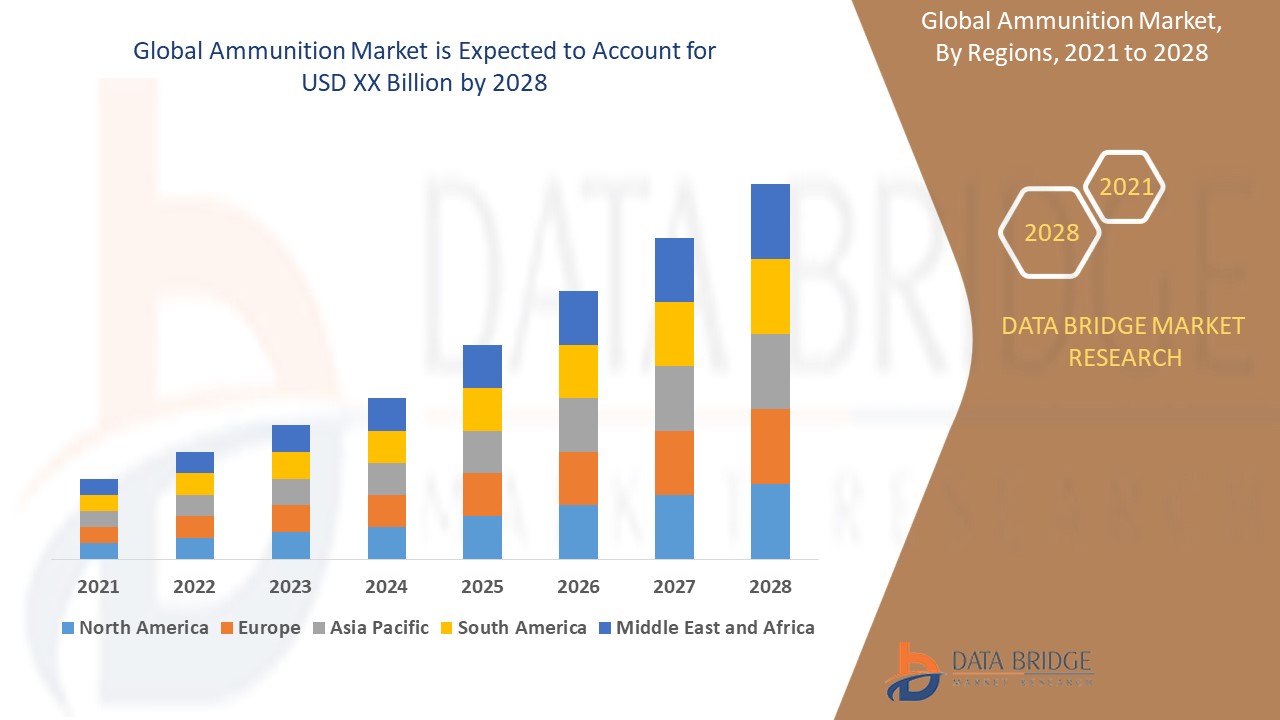 Ammunition refers to the projectiles and propelling charges that are utilized in small arms, artillery and other guns. Its size is generally stated in the terms of caliber. The caliber is the diameter of the projectile as measured in millimeters or inches such as projectiles less than 20 mm or .60 inch in diameter are classified as small-arm, whereas larger calibers are known as artillery. One firing of the gun requires a complete round of ammunition comprising of all the components necessary for one firing of the gun.

The ammunition market is segmented on the basis of product, component, caliber, guidance, lethality and application. The growth amongst the different segments helps you in attaining the knowledge related to the different growth factors expected to be prevalent throughout the market and formulate different strategies to help identify core application areas and the difference in your target markets.

The ammunition market is analyzed and market size, volume information is provided by country, product, component, caliber, guidance, lethality and application as referenced above.

North America dominates the ammunition market due to the growing terrorist activities, high number of sports and hunting activities, rise in military expenditure, development of technologies and new concepts of warfare and lenient gun laws. Asia-Pacific is expected to witness significant growth during the forecast period of 2021 to 2028 because of the rising geopolitical disputes, increase in the spending for the modernization of their armed forces, the acquirement of ammunition for the armed forces and law enforcement agencies in order to decline crime rate and increasing threat of terrorist attacks in the region.

The country section of the ammunition market report also provides individual market impacting factors and changes in regulation in the market domestically that impacts the current and future trends of the market. Data points such as consumption volumes, production sites and volumes, import export analysis, price trend analysis, cost of raw materials, down-stream and upstream value chain analysis are some of the major pointers used to forecast the market scenario for individual countries. Also, presence and availability of global brands and their challenges faced due to large or scarce competition from local and domestic brands, impact of domestic tariffs and trade routes are considered while providing forecast analysis of the country data.

The Global Ammunition Market is Projected to Grow at A CAGR of 3.30% During the Forecast Period