Pharmacare Laboratories Australia, Viatris Inc. and A Nelson & Co are dominating the Australia Anemia in Pregnancy Market in 2021

Australia Anemia in Pregnancy Market is expected to grow with the CAGR of 8.3% in the forecast period of 2021 to 2028. The years considered for study are as mentioned below:

The major players dealing in Australia anemia in pregnancy market are introducing strong range of products provider along with launching new products and adopting strategic initiative such as acquisition, agreement, business expansion, award and recognition into the market. This helped companies to maximize the sales with enhanced product portfolio. For instance, in May 2021, Viatris Inc. announced in their newsroom that company participated in 42nd Annual Global Healthcare Conference of Goldman Sachs which was organized on June 10th, 2021. The chief executive officer and president of the company will be answering any queries related to company put forth by worldwide attended customers. This has anticipated in enhancing company’s global recognition. 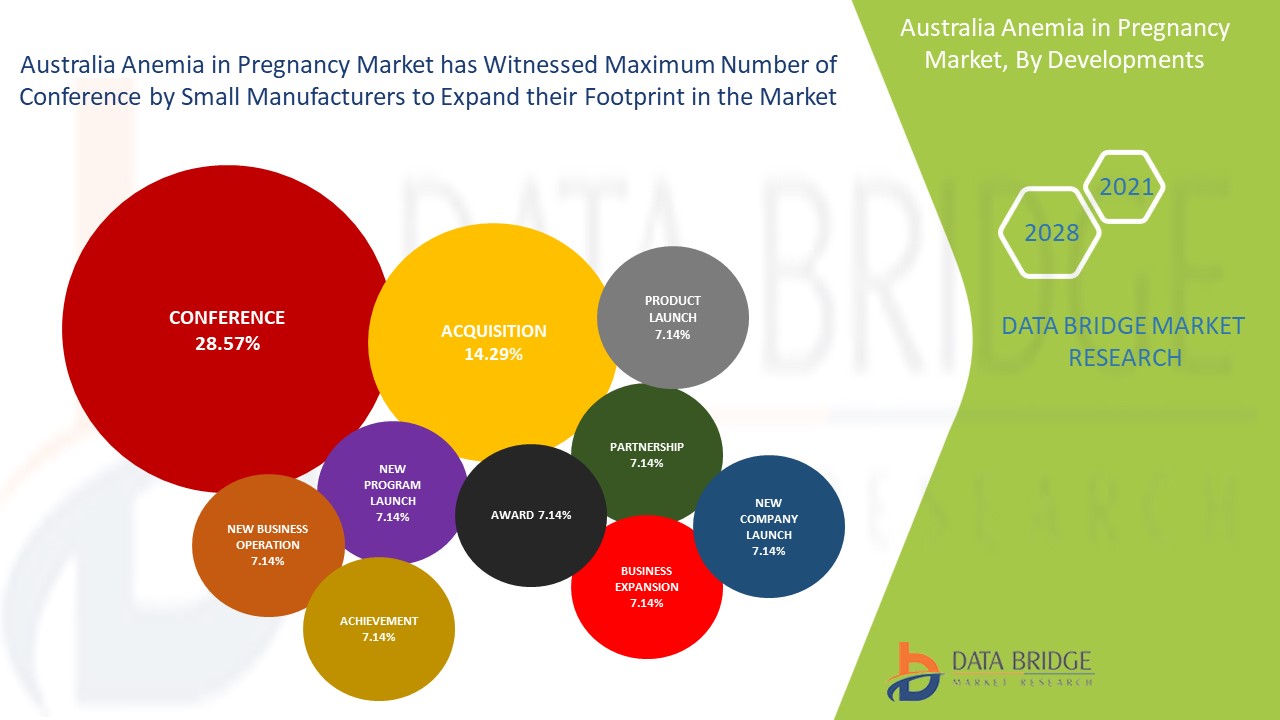 Pharmacare Laboratories Australia is headquartered in New South Wales, Australia and was founded in 1985. The company is focused in enriching people's lives by providing the healthiest and the happiest products such as vitamin, protein powder, deodorants, skincare moisturiser and healthy superfood snacks under trusted brands for household use. The company has several brands under categories which are nature's way, bioglan, ease a cold, skin doctors, slim right, nutri slim, quality health Australia, promensil, fefol, fast blaster and KP24, wart-off and among more in which fefol is the market focused category.

The company has presence across North America, Europe, Asia-Pacific and Australia.

Viatris Inc. is headquartered in Pennsylvania, U.S. and was founded in 1961. The company focuses on leveraging the best in class manufacturing and scientific expertise and proven commercial capabilities to bring quality medicines to patients when and where they need. The company has several business segments such as developed markets, greater China, JANZ and emerging markets and developed markets is the market focused segment. The company has several products under categories including therapeutic areas, brands, generics, biosimilar, over the counter and API in which over the counter is the market focused category.

A Nelson & Co is headquartered in Victoria, Australia and was incorporated in 1860. The company is focused on manufacturing healthcare products that we deliver with integrity and they strive for excellence to create products that stand the test of time. The company has several brands under categories which are rescue, bach original flower remedies and spatone liquid iron in which spatone liquid iron is the market focused category.

The company has presence across North America, Europe and Asia-Pacific.

Australia Anemia in Pregnancy Market – Industry Trends and Forecast to 2028