Europe Acetone Market is expected to grow with the CAGR of 5.3% in the forecast period of 2020 to 2027. The years considered for study are as mentioned below.

The major players dealing in Europe acetone market are introducing strong range of product portfolio. This helped companies to maximize the sales with enhanced product portfolio. For instance, in May 2018, Cepsa won the ICIS prize for technological innovation for its new detail process as well as techniques majorly used in the chemical sector. The award helps in maximising the customer base of the company which generates revenue of the business. 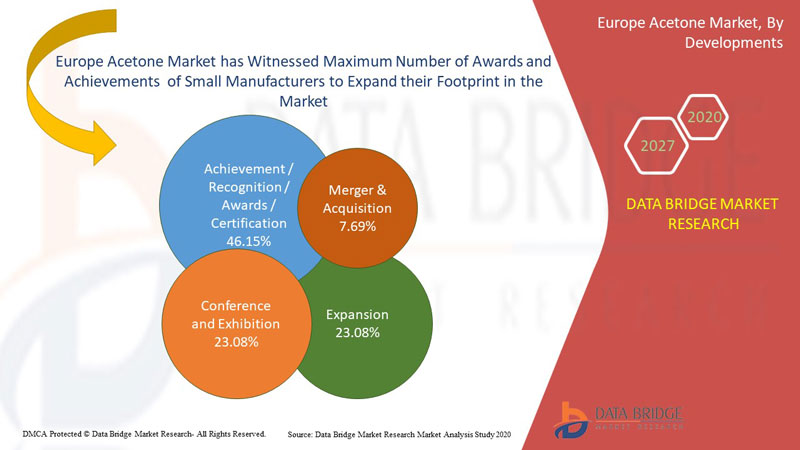 Cepsa headquartered in Madrid, Spain which is engaged in manufacturing of high quality of petrochemical related products to the individuals. The company offers various products such as LAB – LABSA, phenol – acetone, solvents, basic petrochemicals, alcohols and the market focused product is phenol – acetone in acetone market.

The company has wide presence across the globe such as Asia-Pacific, Europe, Middle East and Africa, and North America.

Royal Dutch Shell plc. founded in 1883 and is headquartered in Hague, The Netherlands. The company is engaged in upstream, integrated gas and new energies, and downstream products. The company offers various products such as motorists, shell energy, business customers, energy and innovation among which business customers is market focused segment.