Europe Acrylic Resin Dispersion based Primers in Construction Market is expected to grow with a CAGR of 7.3% in the forecast period of 2021 to 2028. The years considered for the study are as mentioned below.

The Europe acrylic resin dispersion based primers in construction market is a highly consolidated market, which includes a specific number of key players and local players. The market has witnessed increased strategic developments owing to favourable market scenarios.

The major players dealing in the Europe acrylic resin dispersion based primers in construction market are introducing a strong range of product portfolios. This helped companies to maximize sales with enhanced product portfolio. 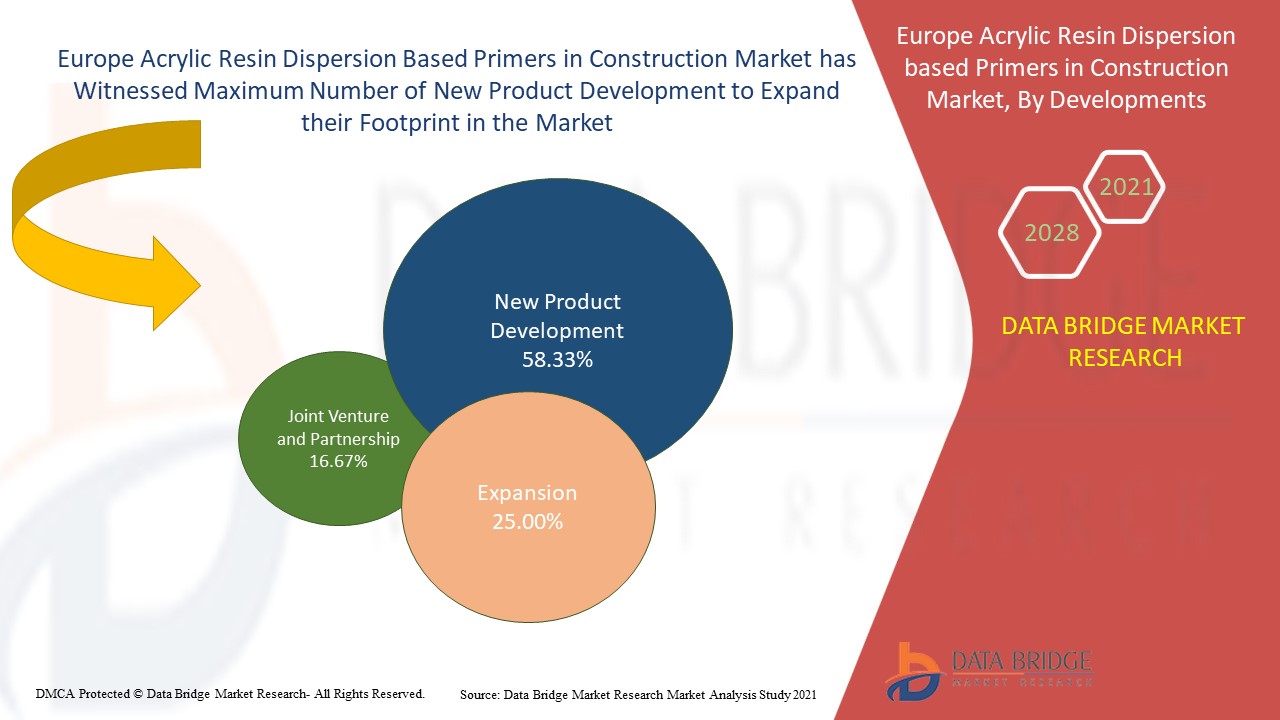 Henkel AG & Co. KGaA has headquarters in Düsseldorf, Germany, and it was founded in 1876 as public ownership. The company focuses on producing top-notch adhesives, widely recommended in the construction, automotive, manufacturing metal, and packaging industries. The company has several business segments and product categories such as adhesive technologies, beauty care, laundry, and homecare, out of which adhesive technologies is the market-focused segment and the market-focused category.

The company has a presence in Asia-Pacific, Europe, the Middle East and Africa, Latin America, and North America. The company has several subsidiaries which are Henkel Algerie S.P.A. ( Algeria), Henkel Argentina S.A. (Argentina), Henkel Finance LP (Australia), Henkel Austria GmbH (Austria), among others.

Nippon Paint Holdings Co., Ltd has headquarters in Tokyo, Japan, as public ownership and was founded in 1881. The company focuses on manufacturing paints with a mission to bring color and joy to people’s lives through paints and coatings. The company has various business segments such as automotive coatings, decorative paints, industrial coatings, fine chemicals, and other paints (marine and auto refinishes, among others), out of which the market-focused segment is decorative paints. The company has product categories which are paints for home use (DIY), paints for architectural structures, automotive coatings, industrial coatings, surface treatments, and marine coatings, out of which surface treatments is the market-focused category.