Kautex (a subsidiary of Textron Inc.), Plastic Omnium and TI Fluid Systems are Dominating in the Europe Fuel Tank Market in 2020

Europe Fuel Tank Market is expected to grow with the CAGR of 4.1% in the forecast period of 2020 to 2027. The years considered for study are as mentioned below.

Europe fuel tank market is a highly consolidated market which includes specific number of key players as well as local players. The market has witnessed increased strategic developments owing to favourable market scenario. The major players dealing in Europe fuel tank market are introducing strong range of product portfolio. This helped companies to maximize the sales with enhanced product portfolio. In August 2019, Textron Inc., the parent company of Kautex announced that it is looking into strategic alternatives for its Kautex business unit which produces fuel systems and other functional components. Textron Inc. plans to consider range of options including sale, tax-free spin-off or other transactions. The company is exploring strategic alternatives so that they can position Kautex to best serve its customers for ongoing success while simultaneously unlocking potential value for shareholders. 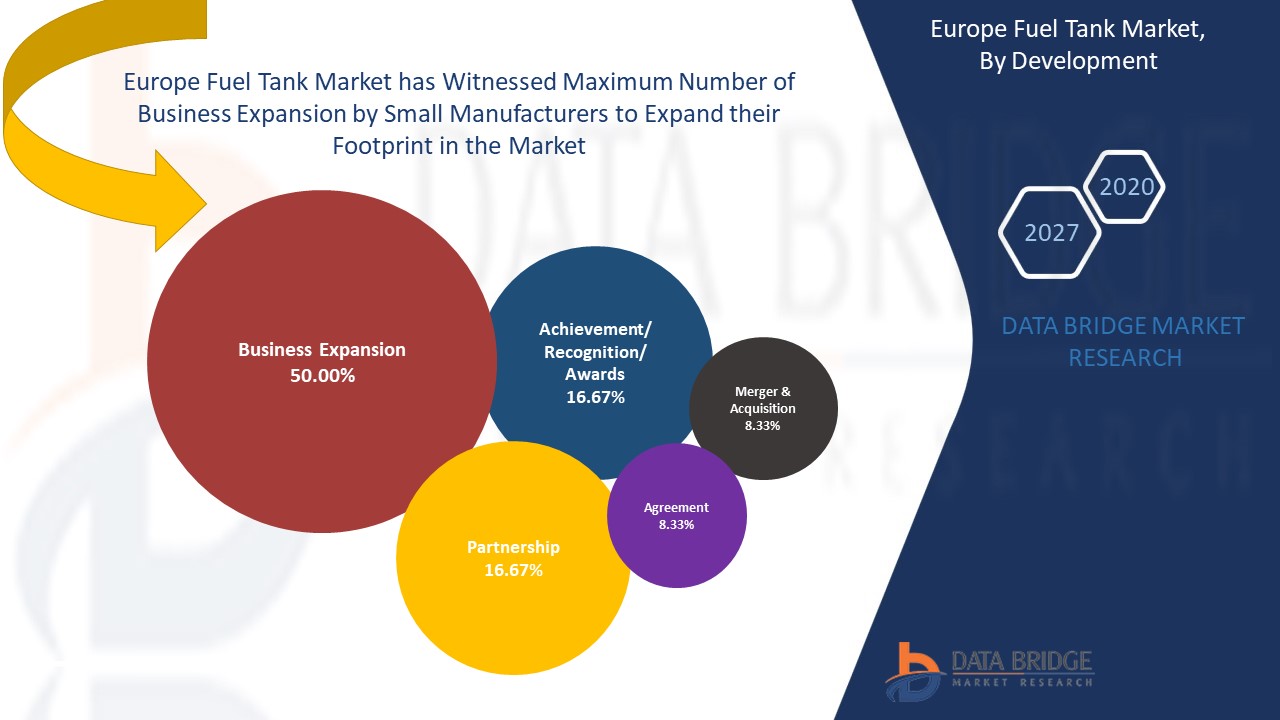 Kautex (a subsidiary of Textron Inc.):

The company has presence in North America, South America, Asia-Pacific and Europe. In addition to it, the company also generates its revenue from the various subsidiary companies such as McCord Corp (U.S.), Kautex Japan Inc. (Japan) among others.