Global Hyperloop Technology Market is expected to grow with the CAGR of 36.6% in the forecast period of 2022 to 2029. The years considered for study are as mentioned below.

The major players dealing in global hyperloop technology market are introducing proposed routes along with test tracks, for hyperloop across the globe. This has helped companies to maximize the sales with enhanced product portfolio. 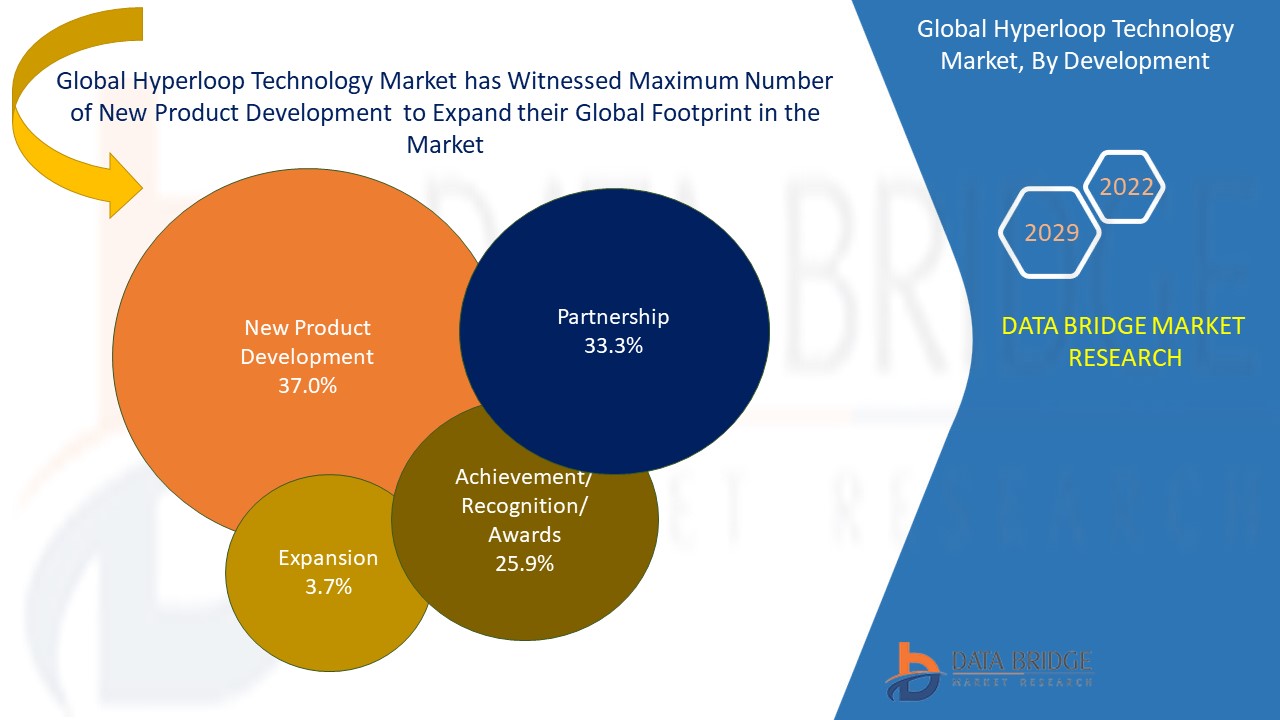 Virgin Hyperloop is headquartered in California, U.S. and was founded in 2014. The company focuses on the commercialization of hyperloop technology, for faster and cheaper transportation mode. The company is intensely working on proposed routes across the globe, on which hyperloop technology could be implemented. The product categories of the company include speed, sustainability, safety & comfort, system operations among which system operations is the market focussed category.

The company has wide global presence across the globe such as North America, Europe, Asia-Pacific, Africa/Middle East, and South America.

The company has presence in The Americas, Europe, Asia-Pacific, Middle East and Africa.

Hardt B.V. is headquartered in Delft, Netherlands, and was established in 2016. The company is working continuously toward the implementation of innovative and sustainable mode of transport for long distance travel. The company focuses on providing solution for the heavily overpopulated regions, with the development of hyperloop system. The product categories of the company include technology, hub, hyperloop vehicle, and infrastructure.

The company has wide presence across U.S., Brazil, Spain, France and UAE.