In 2021, the e-Commerce Segment is Expected to Dominate the Market with a 36.72% Market Share Because of the Faster Buying Process of Properties

Outdoor games can take place in a yard, a tabletop garden, a gym with limited crowd or in a play arena while keeping the social distancing. Considering outdoor games' health and mental benefits, people have started indulging in outdoor sports. Playing outdoor sports reduces the risk of several major diseases such as heart attack, stroke, cancer or type 2 diabetes. Various studies say that outdoor games and sports have positive impact on mental health and psychological stability, overall wellbeing, quality of life, happiness and life satisfaction. Thus, people have started indulging in outdoor games and the demand for sports apparel has gone up, acting as a driving factor for the growth of licensed football merchandise.

The e-commerce segment will emerge as the dominating segment under distribution channel with approximately 37% market share. This is because of the growing number of infrastructural development activities in the market especially in the developing economies. Further, growth and expansion of the FMCG all around the globe will further bolster the growth of this segment.

The men segment will emerge as the dominating segment under end user segment. This is because of the growing number of retail stores in the market especially in the developing economies. Further, growth and expansion of research development services on a global scale will further bolster the growth of this segment. 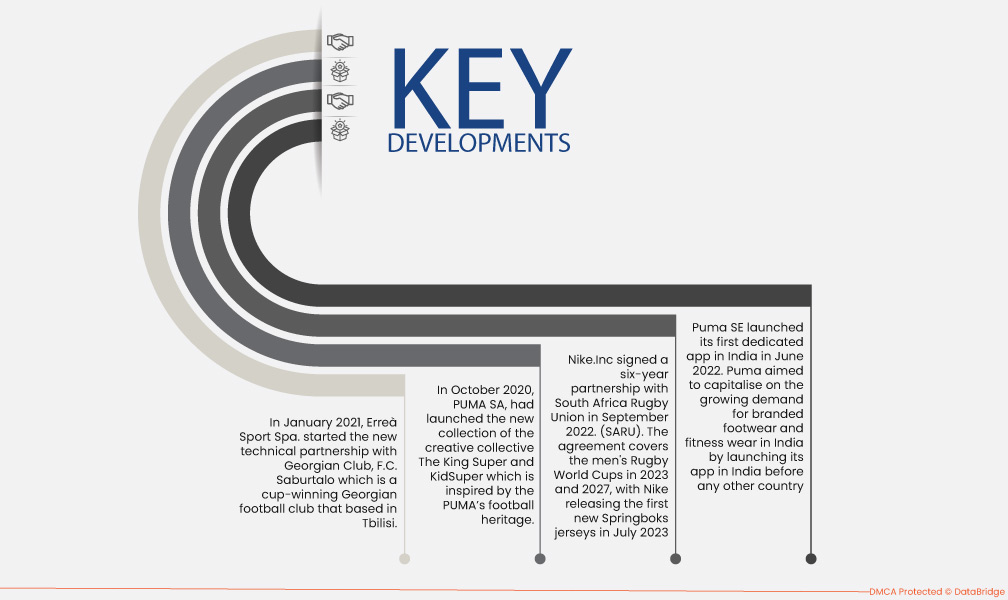 As a result of high innovations and development in the apparels segment in the manufacturing of products, which is one of the major factors for the growth of the licensed football merchandise market, the Asia-Pacific region is expected to dominate during the forecast period of 2021 to 2028.

As a result the region's huge popularity with football, Europe will register the highest growth rate. The increase in population has driven the football merchandise market in Europe, particularly in the United Kingdom, Germany, and France.

The global licensed sports merchandise market was harmed by COVID-19. Due to strict government regulations and restrictions, outdoor activities and sports were hampered during the pandemic. Sports clubs, gyms, and fitness studios were the first businesses to close due to government regulations aimed at limiting the spread of the COVID-19 virus. As a result of the pandemic-related production shutdown, consumers, retailers, and licensees faced a scarcity of new entertainment content.