Global SWIR Market is expected to grow with the CAGR of 9.2% in the forecast period of 2021 to 2028. The years considered for study are as mentioned below.

Global SWIR market is a fragmented, which includes specific number of key players as well as local players. The market has witnessed increased strategic developments owing to favourable market scenario. 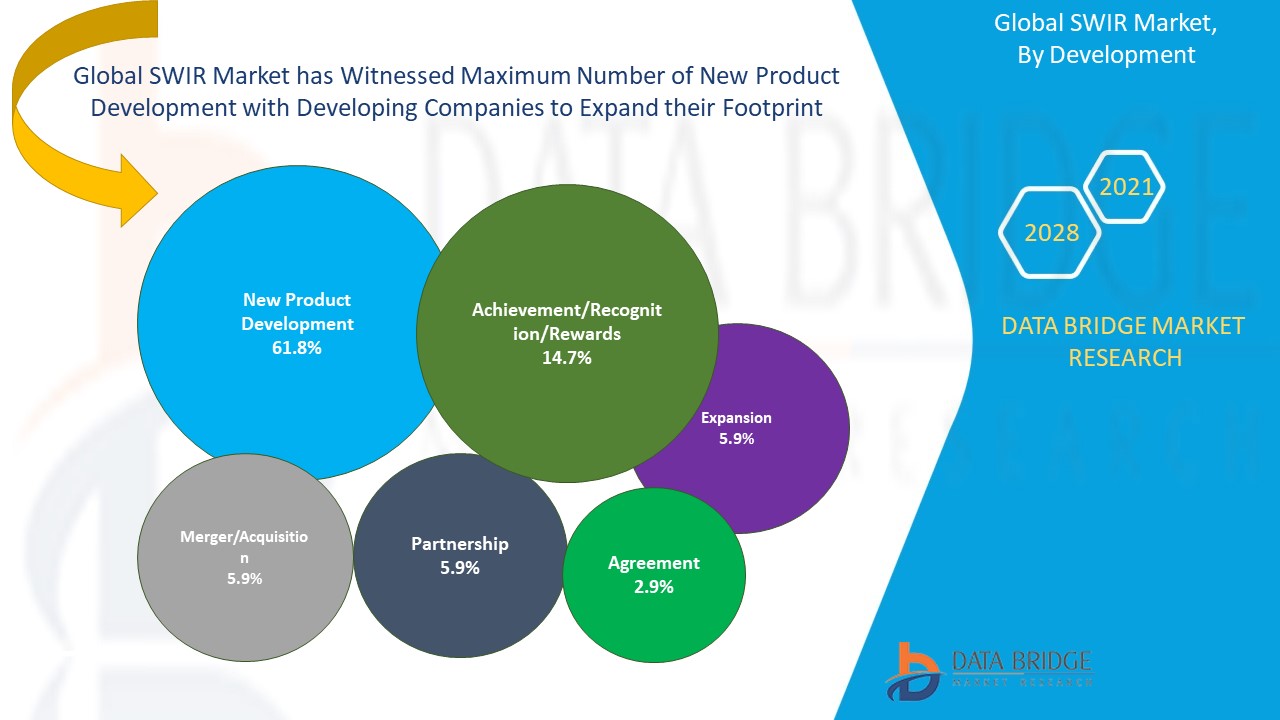 Sensors Unlimited was founded in 1991 and is headquartered in New Jersey, U.S. The company is engaged in manufacturing and providing indium gallium arsenide (InGaAs) photodiodes, arrays, and cameras for near infrared (NIR) and short wave infrared (SWIR) imaging applications. The product categories of the company include SWIR area cameras, linescan cameras, lenses and accessories, linear photodiode arrays, and among others. The market focused product categories are SWIR area and line scan cameras.

The company has presence in North America, Europe, Asia-Pacific, Middle East and Africa, and South America.

Teledyne Technologies Incorporated was founded in 1960 and is headquartered in California, U.S. The company is engaged in engaged in manufacturing and providing digital imaging technologies to customers. The business segments and product categories of the company include instrumentation, digital imaging, aerospace and defense electronics, and engineered systems. The market focused business category is digital imaging.

The company has presence in North America, South America, Europe, Asia, and Middle East and Africa. In addition to it, the company also generates its revenue from the various subsidiary companies such as FLIR Systems, Teledyne e2v, Teledyne Brown Engineering, LeCroy Ltd., and among others.

The company has presence in U.S. only.