Global Silicon Carbide Wafers Market is expected to grow with the CAGR of 22.9% in the forecast period of 2020 to 2027. The years considered for study are as mentioned below.

The major players dealing in global silicon carbide wafers market are introducing strong range of product portfolio. This helped companies to maximize the sales with enhanced product portfolio. For instance, in June 2020, Cree, Inc. and StarPower Semiconductor have entered into a partnership with Zhengzhou Yutong Group Co., Ltd. to offer 1200V silicon carbide devices for powertrain systems for electric buses. The silicon carbide device will assist faster, powerful, smaller and lighter electronic systems for commercial electric vehicles. Both the companies are working together to accelerate the adoption of silicon carbide-based inverters in electric vehicles. This collaboration helps in maximising the customer base of the company which generates revenue of the business. 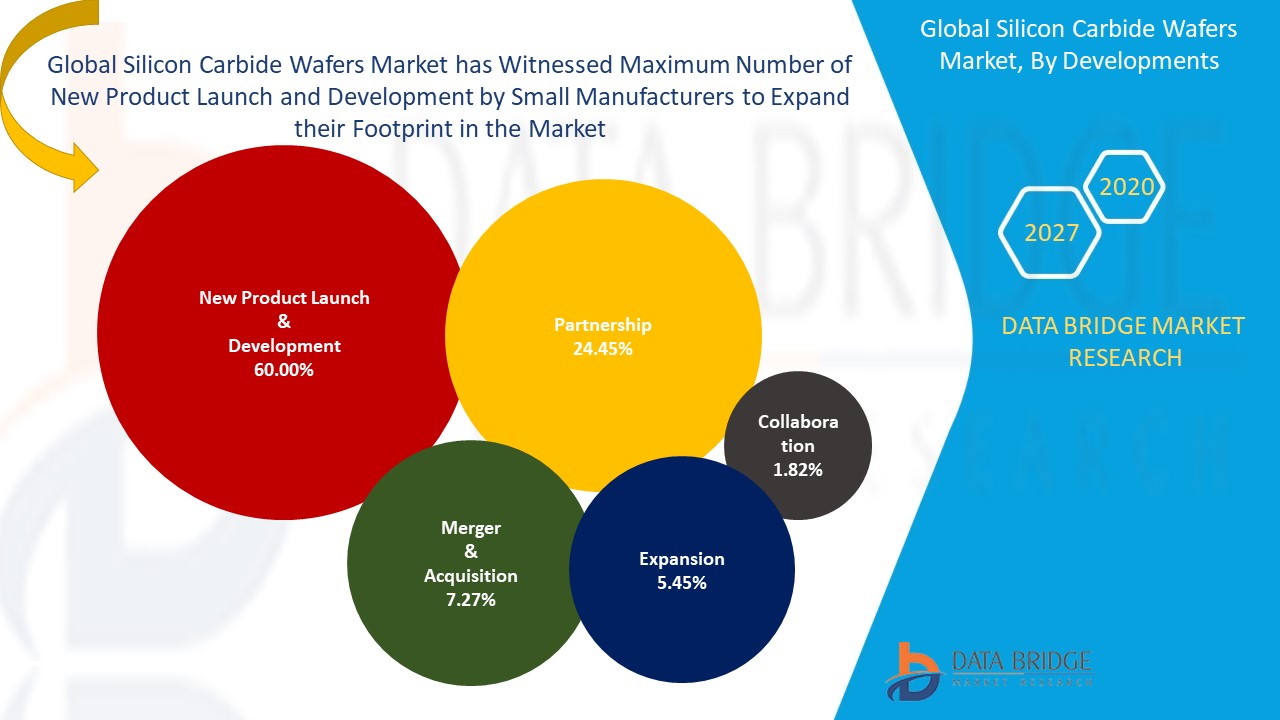 Cree, Inc. is headquartered in North Carolina, U.S. and was founded in 1987. The company offers power and radio frequency (RF) semiconductors and LED components and chips for several industries such as automotive, defense and others. The company deals in business segments namely wolfspeed and LED products out of which wolfspeed is the market focused segment. The company provides various products under categories such as wolfspeed power products, wolfspeed RF products, wolfspeed materials, LED components and LED chips among which wolfspeed materials is the market focused category.

The company has wide global presence across the globe such as in Asia–Pacific, North America and Europe. In addition to it, the company also generates its revenue from the various subsidiary companies such as Cree Microwave, LLC (U.S.), CI Holdings, Limited (U.S.), Cree Asia-Pacific Limited (Hong Kong), Cree Europe GmbH (Germany), Cree International GmbH (Switzerland) and others.

The company has wide global presence in Europe and Asia-Pacific.