Global Underwater Unmanned Vehicle Market is expected to grow with the CAGR of 13.9% in the forecast period of 2020 to 2027. The years considered for study are as mentioned below.

The major players dealing in global underwater unmanned vehicle market are introducing advanced underwater unmanned vehicles along with smart automation robot deployed for various applications. This has helped companies to maximize the sales with enhanced product portfolio. For instance, in January 2019, Saab AB entered into an agreement with Ocean Power Technologies (OPT) to focus on autonomous underwater vehicle (AUV) and remotely operated underwater vehicle (ROV) charging and communications systems. This has helped the company to enhance their product offerings and to grow in the market. 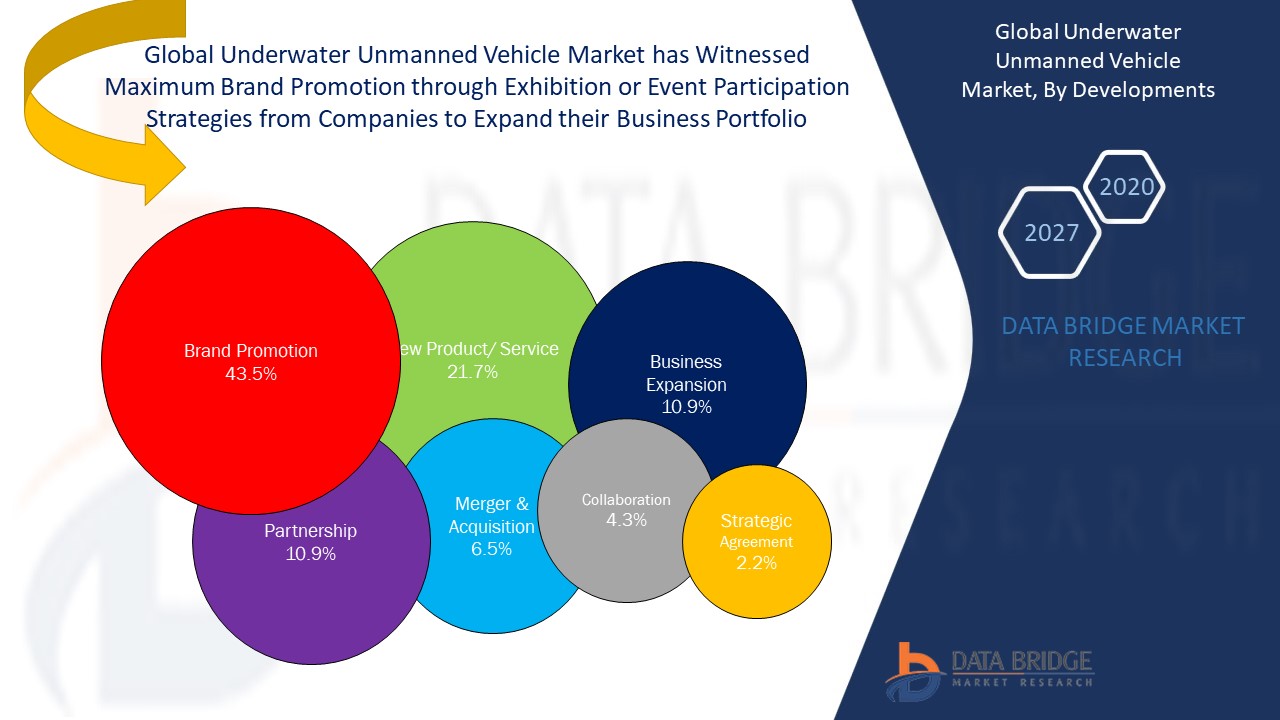 General Dynamics Mission Systems, Inc. is headquartered in Virginia, U.S. The company is engaged in providing products and system in relation with defence, civil government, intelligence and cybersecurity. The company offers wide range of product categories such as land, sea, space, air, cyber among which sea is market focused category.

The company has presence in the U.S.

The company has presence in The Americas, Europe, Asia-Pacific, Middle East and Africa. In addition to it, the company also generates its revenue from the various subsidiary companies such as Harris Asia Pacific Sdn. Bhd. (Malaysia), Harris Communication Systems (Ireland) Limited (Ireland), Harris International Inc. (Nigeria), Harris S.A. (Belgium), among others.

The company has presence in Americas, Europe, Middle East & Africa, Asia-Pacific. In addition to it, the company also generates its revenue from the various subsidiary companies such as Boeing Commercial Airplanes (U.S.), United Launch Alliance (U.S.), Aviall Inc. (U.S.) and  Jeppesen (U.S.) among others.