Global Water Sink Market is expected to grow with the CAGR of 7.2% in the forecast period of 2020 to 2027. The years considered for study are as mentioned below. 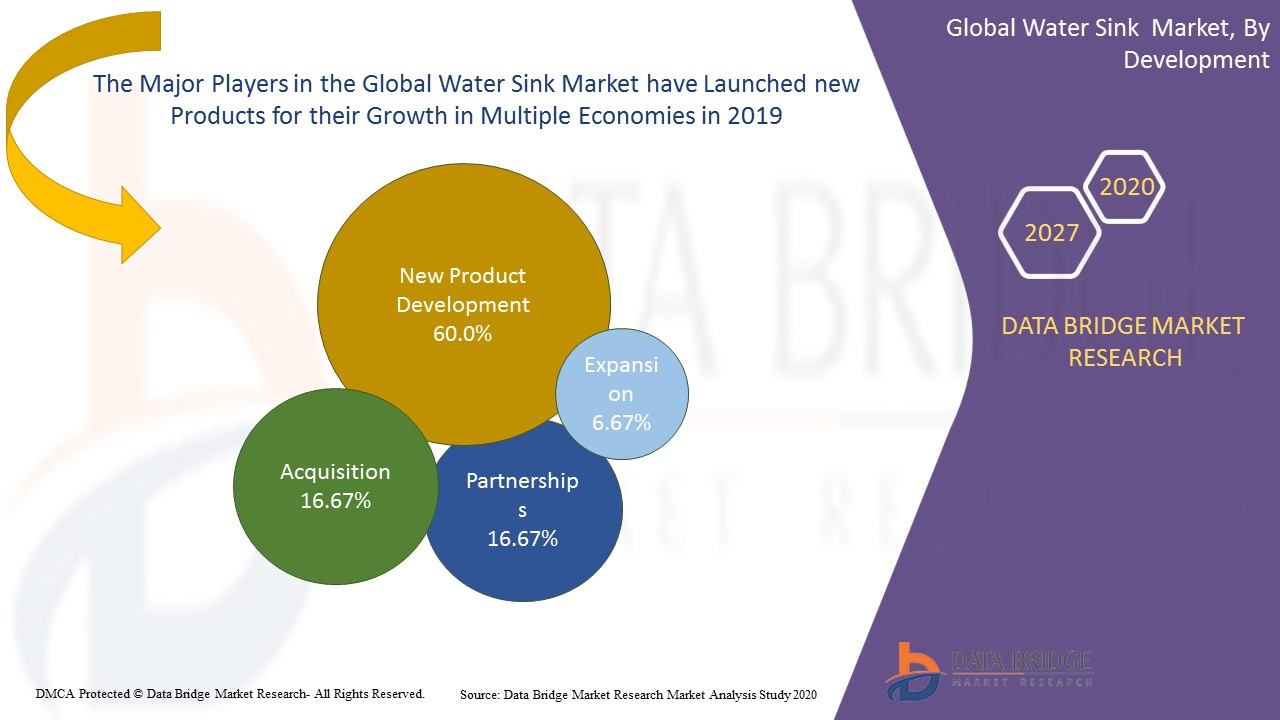 American Standard Brand (A subsidiary of LIXIL Corporation), headquartered in New Jersey, U.S. which was founded in 1875. The company produces high performing fixtures, stylish faucets and sinks for the bath and kitchen and their product categories are bathroom and kitchen and both are also the market focused category.

The company has wide global presence across the globe such as North America, Europe, and Asia-Pacific. In addition to it, the company also generates its revenue from the various subsidiary companies such as Crane Plumbing Corporation (Canada), Safety Tubs LLC (U.S.), Decorative Panels International, Inc. (U.S.) and Southwest Comfort Sales and Services, Inc. (U.S.).

The company has presence in U.K.

MOEN INCORPORATED (A SUBSIDIARY OF FORTUNE BRANDS HOME & SECURITY, INC.) is headquartered in Ohio, U.S. which was founded in 1937. The company focuses on designing and delivering products for bathrooms and kitchens. The company deals in bathroom and kitchen sinks.

The company has wide global presence in North America, Central America, Asia. In addition to it, the company also generates its revenue from the various subsidiary companies such as Moen China Limited (China), Moen International, Inc.(U.S.), Moen de Mexico S.A. de C.V.(Mexico) among others..