LATAM Footwear Market is expected to grow with the CAGR of 4.3% in the forecast period of 2021 to 2028. The years considered for study are as mentioned below.

The major players dealing in LATAM footwear market are introducing advanced footwear along with services. This has helped companies to maximize the sales with enhanced product portfolio. 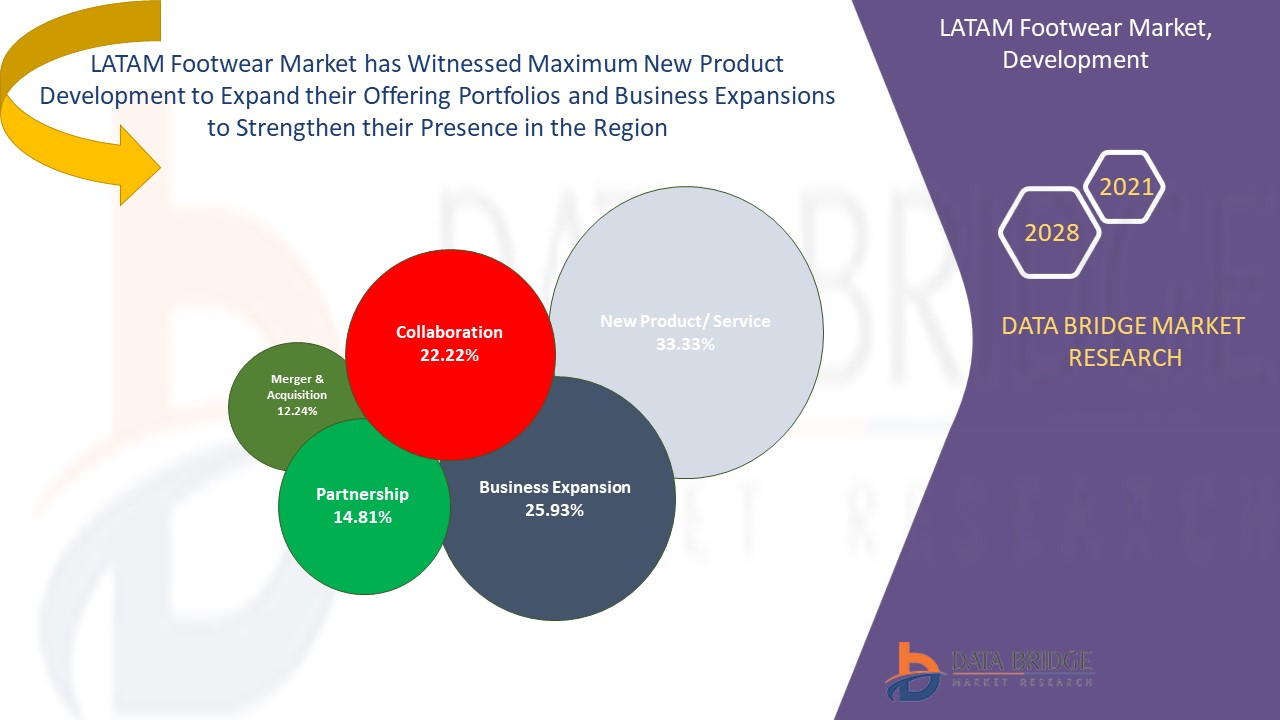 Nike, Inc. is headquartered in Oregon, U.S. and was incorporated in 1967. The company offers product portfolio of athletic footwear, apparel, equipment, accessories and services for all gender and ages in the world. The company deals in various business segments of footwear, apparel and equipment among which footwear is market focussed segment. The company offers broad portfolio of innovative products in shoes and clothing and among which shoes is market focused category.

ADIDAS AG is headquartered in Herzogenaurach, Germany was founded in the year 1949. The company is engaged in providing wide product portfolio of sports apparel, footwear, hardware and accessories for all gender and ages. The company offers various product categories such as shoes, clothing, accessories among which shoes is focused category. The company also deals in business segments such as footwear, apparel and hardware among which footwear is focussed segment.

The company has presence in Americas, Europe, Middle East and Africa and Asia-Pacific. In addition to it, the company also generates its revenue from the various subsidiary companies such as Reebok International Ltd. (U.S.), adidas America, Inc. (U.S.), adidas Sports(China) Co., Ltd. (China), ADIDAS CIS (Russia), adidas Latin America, S.A. (Panama) and among others.

PUMA SE is headquartered in Herzogenaurach, Germany which was founded in 1948. The company provides wide product portfolio of sports apparel, footwear and accessories for men, women and kids of all ages. The company has wide product categories of shoes, clothing, accessories and sports among which shoes is market focused category. Company operates the business through footwear, apparel and accessories among which footwear is focused category.