Allergan (A Subsidiary of AbbVie Inc.), Viora and CANDELA CORPORATION are Dominating the Middle East and Africa Aesthetics Energy Based Device Market in 2019

Middle East and Africa Aesthetics Energy Based Device is expected to grow with the CAGR of 6.6% in the forecast period of 2020 to 2027. The years considered for study are as mentioned below.

The major players dealing in Middle East and Africa aesthetics energy based device market are introducing strong range of product portfolio. This helped companies to maximize the sales with enhanced product portfolio. For instance, in July 2020, Venus Concept Inc. a global medical aesthetic technology leader announced that it has received FDA 510(k) clearance to market and sell Venus Viva MD. This shows that the company is constantly evolving with the innovation and technology in aesthetic markets.

Allergan (A Subsidiary of AbbVie Inc.) is the dominating player in Middle East and Africa aesthetics energy based device market. The other key players existing in the market Viora, CANDELA CORPORATION, Solta Medical (A Subsidiary of Bausch Health Companies Inc.), Fotona, Lumenis, Merz Pharma and Venus Concept, among others. 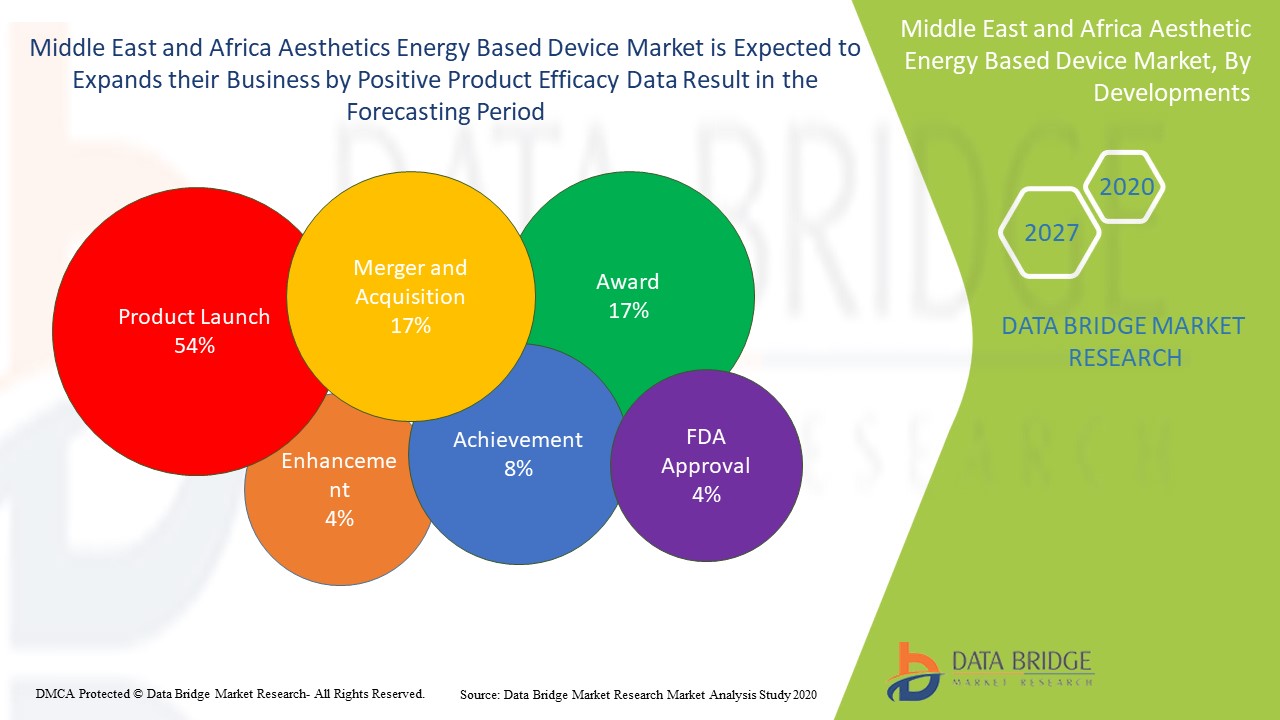 Allergan (A Subsidiary of AbbVie Inc.)

Allergan (A Subsidiary of AbbVie Inc.) is headquartered in Dublin, Ireland was founded in 2013. The company focused on the developing, manufacturing and commercializing branded pharmaceutical, device, surgical and regenerative medicine products for patients around the world. Company operates in medical aesthetics, eyes care, central nervous system, gastroenterology segments out of which medical aesthetics is the market focused segment.

Viora is headquartered in New York, U.S. and was founded in year 1990. The company is focused to grow together with its customers by providing aesthetics technology. The company offers wide range of product categories such as vseries platform, handpeices and systems and all these are the market focused categories.