North America LPG Vehicles Market is expected to grow at a CAGR of 6.3% in the forecast period 2020 to 2027. The years considered for study are as mentioned below.

LPG vehicle is also called as propane or autogas vehicle. The LPG family contains mixture of various hydrocarbon gases which are liquefied with help of pressurization process which makes it ready to use as fuel in vehicles. The major benefit of using propane is that it shows best performance in cold weather. Moreover, these LPG vehicles are highly economical, clean, reliable, eco-friendly and safe.

For instance, In December 2019, Fiat Chrysler Automobiles and Peugeot owner had merged their business. This merger allows the companies to form world’s fourth largest carmakers which in turn allow the company to remain competitive in the market. This strategic decision taken by the company will help to increase their revenue which results in strengthen their position and will increase market share of the company to enhance its product portfolio. 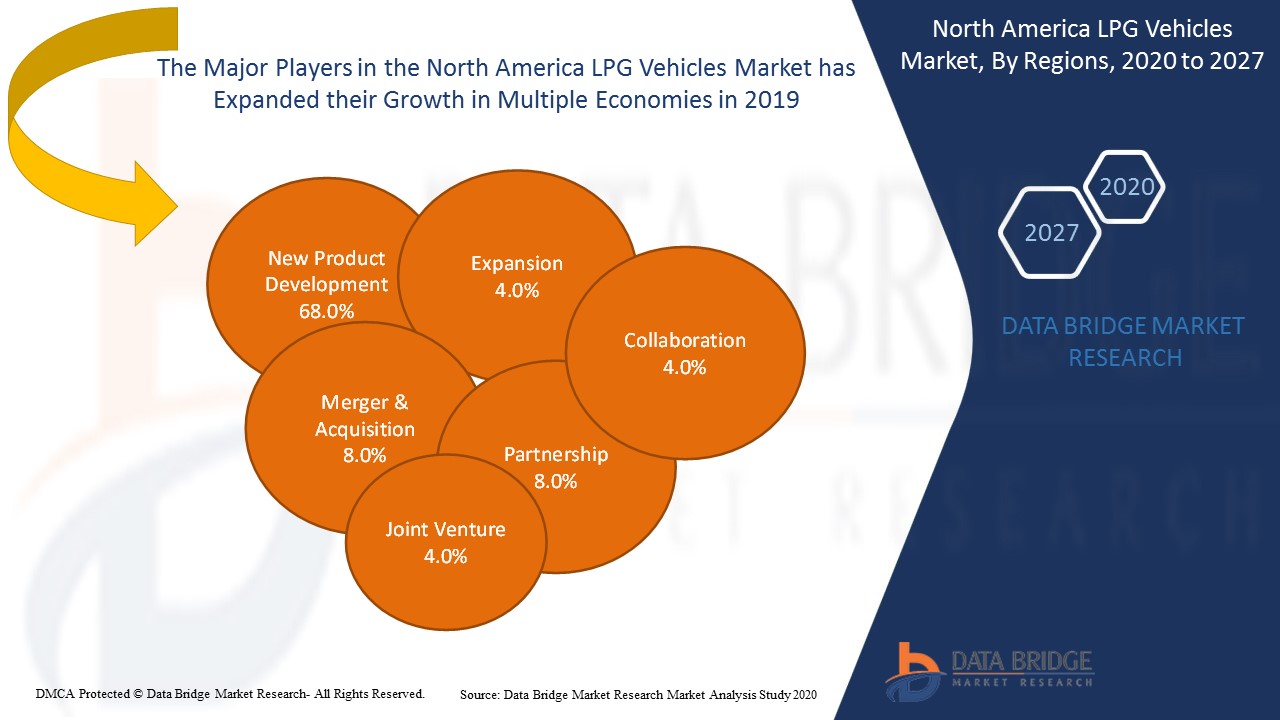 Ford Motor Company was founded in 1903 and it is headquartered in Michigan, U.S .The company is engaged in the designing and manufacturing of vehicles and automotive components. The company operates their business through following segment such as automotive, ford credit, mobility. The company serves their LPG vehicle market focused Segment through automotive segment.  The company offers wide range of product portfolio such as SUVs & crossovers, trucks & vans, cars, electrics, commercial vehicles, future vehicles, and performance vehicles. The company serves their LPG vehicle through commercial vehicles segment.

Fiat Chrysler Automobiles was founded in 1899 and is headquartered in London, U.K. The company is engaged in designing and manufacturing of automobile vehicles and its parts. The company’s brands include Alfa Romeo, Dodge, Fiat Professional, Jeep, Lancia, Ram, Maserati Abarth, Chrysler and Fiat. The company operates their business through following segment such as NAFTA, LATAM, APAC, EMEA, Maserati and Other activities. The company serves its LPG vehicles Market Focused Segments, with NAFTA, LATAM, APAC, and EMEA. The company offers their product through different brand category named as automotive brands, components and production systems. the LPG vehicles are lying in the automotive brands.