South East Asia Digital Map Market is expected to grow at a healthy CAGR of 16.3% in the forecast period 2020 to 2027. The years considered for study are as mentioned below.

Digital map can be defined as digital cartography.  A digital map is an electronic map system which provides information about, specific location, route, area, street, famous places, and landmarks such as hotel, airports, museum parks and many more. Digital map represent data electronically by combining all the graphical elements. The major benefit of digital map is that is highly accurate as compare to paper map, ease to understand.

The major players dealing in South East Asia digital map market are introducing strong range of product portfolio. This has also helped the company to maximize the sales with enhanced product portfolio. For instance, In June 2018, Apple Inc. had planned to rebuild the mapping data in the U.S. This new map provides detail analysis of geographical data, which is available in the iOS 12 beta. This initiative by the company will help the company to gain a competitive advantage over other companies. The upgradation in the existing solution will result into increased market share of the company in addition to goodwill.

Google (A Subsidiary of Alphabet INC.)

Google (A Subsidiary of Alphabet Inc.) headquartered in U.S which was founded in 1998. The company engaged in providing internet based product and services including Android, Chrome, Gmail, Google Drive, Google Maps, Search, and YouTube among others. Market segments are Google, Other Bets and product categories are For Business, For Developers

The company has wide global presence across the globe such as North America, Latin America, Europe, Asia-Pacific, Africa and Middle East. In addition to it, the company also generates its revenue from the various subsidiary companies such as YouTube (U.S.), DoubleClick (U.S.), Google Nest (California), Ad Mob (California), Google Japan (Japan), Google China (China) among others.

Apple Inc. headquartered in the Cupertino, U.S. The company is engaged in manufacturing and designing of mobiles, TVs, accessories among others, the business segments are iPhone, Mac, iPad, services & wearable, homes and accessories. The market has product categories like iPhone, Mac , iPad, watch, TV, air pods, iPod touch and market focused category has iPhone

The company has wide global presence across the globe such as Asia-Pacific, Europe, Latin America and the Caribbean, The United States, Canada, and Puerto Rico, Africa, Middle East. In addition to it, the company also generates its revenue from the various subsidiary companies such as Beats Electronics (California), FileMaker (U.S.), PrimeSense (Israel), Metaio (Germany), Drive.ai(U.S.) among others.

The company has presence in U.S. and Canada, Latin America and the Asia-Pacific, Europe, Middle East and Africa. 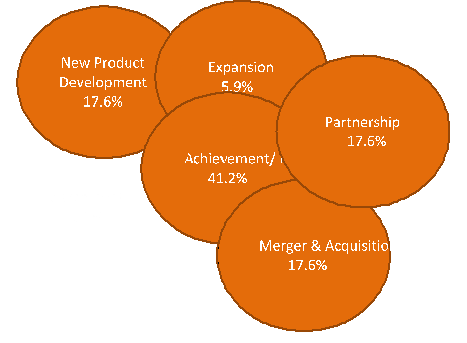