Southeast Asia Ready to Drink/High Strength Premixes Market is expected to grow with the CAGR of 4.2% in the forecast period of 2020 to 2027. The years considered for study are as mentioned below.

The major players dealing in Southeast Asia ready to drink/high strength premixes market are introducing strong range of product portfolio. This helped company to maximize the sales with enhanced product portfolio. For instance, in october 2019, Diageo launched its 1st single malt beer in Thailand which help the user to educate about the single malt beers which increases the growth of the company. 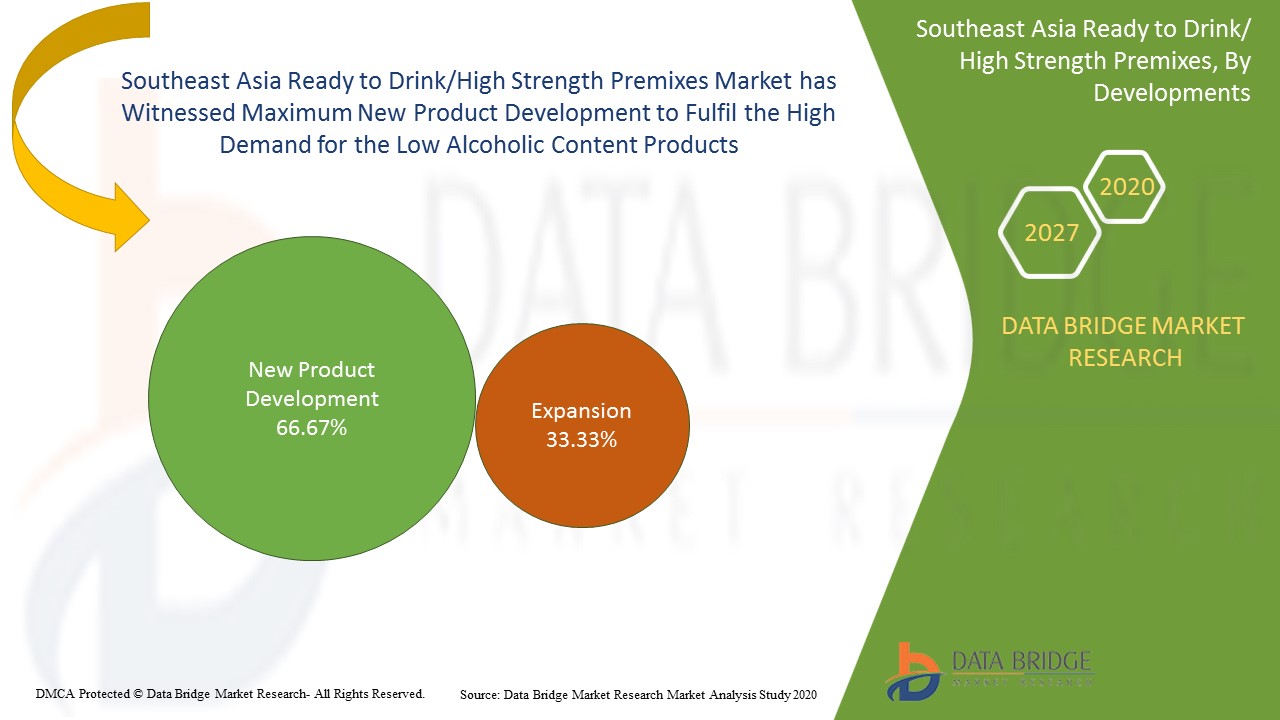 San Miguel Brewery Inc. headquartered in Philippines which were incorporated in 2007. The company performs its business by providing alcoholic beverages like beer in the market.

The company has presence across Philippines. In addition to it, the company also generates its revenue from subsidiary company such as SanMiguelCorp (SMC), which was collaborated with team Manila to increase the quality of their beer.

Thai Beverage Plc, Incorporated is headquartered in Thailand, which was established in 2003 for alcoholic beverages like beer and spirits. The company produces beverage including spirits, beer and food along with non-alcoholic products to Thai market which will help to increase the revenue of the company.

Spirits, Beer, non- alcoholic beverages and food, in which our market focused segment is spirits, beers, and ready to drink. The company also has products categories like beers, spirits, Japanese restaurants, and international product portfolio.

The company has wide global presence across the globe such as Thailand, Singapore, Bangkok, Hong Kong, Scotland, England, Northern Ireland, China. In addition to it, the company also generates its revenue from the various subsidiary companies such as Oshi Group (Bangkok, Thailand), Thai drinks (Thailand), International Beverages Trading (Yangon, Myanmar) among others. The company got an investment to expand their market in the ASEAN region.

Daigeo has headquartered in Connecticut, U.S. and it was founded in year 1997. The company offers alcoholic beverages with the premium quality of the branded spirits and beer and they also offers a large range of products like spirits, beers, ready to drink and others from which spirits, beer, ready to drink are market focused segments. the company deals with brand categories such as scotch whisky, other whiskey, vodka, rum, liqueur, tequila, gin, local spirits, beer among which vodka, liqueur, gin, beer are market focused brands.