U.S. Potato Chips Market is expected to grow with the CAGR of 4.2% in the forecast period of 2021 to 2028. The years considered for study are as mentioned below.

PepsiCo. founded in the year 1965 and is headquartered in New York, U.S. The company focuses on unleashing its full potential by pivoting sustainable accelerated growth and embracing a new mission and vision for the company’s success. The company has several product categories including food and beverages in which food is the market focused category.

The company has a wide presence across North America, Europe, Asia-Pacific, South America and Middle & Africa. 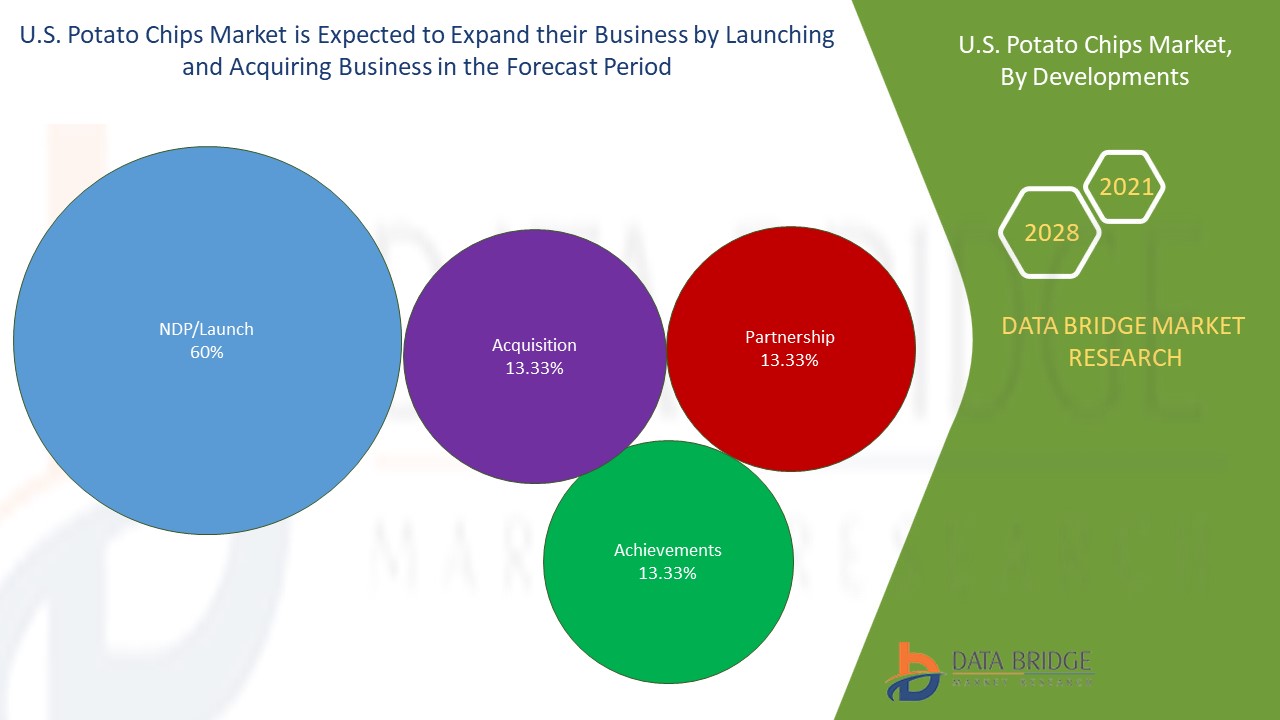 Calbee, founded in the year 1949, headquartered in Tokyo, Japan. Their main focus of the company focuses on harnessing nature’s gifts, to bringing taste and fun, and to contributing to healthy life styles. The company has several product categories including potato chips, jagarico, jagabee , kappa ebisen, sapporo potato mix vegetable and other snacks in which potato chips is the market-focused category.