Vietnam Interventional Cardiology Market is expected to grow with a CAGR of 6.8% in the forecast period of 2021 to 2028. The years considered for the study are as mentioned below:

The Vietnam interventional cardiology market is a highly consolidated market, including a specific number of key players. The market has witnessed increased strategic developments owing to favourable market scenarios.

The major players dealing in the Vietnam interventional cardiology market are introducing a strong range of product providers, launching new products, and adopting strategic initiatives such as acquisition and agreement. This helped companies to maximize sales with an enhanced product portfolio. 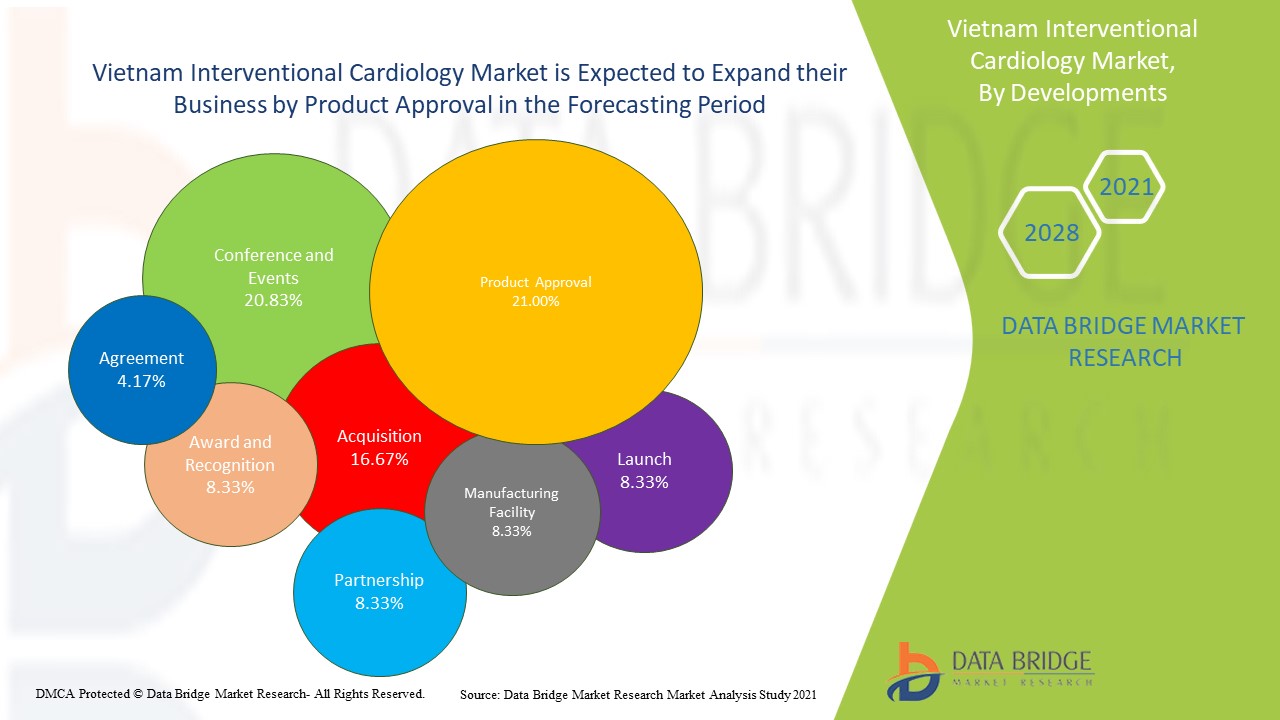 Terumo Vietnam Medical Equipment Co., Ltd (A Subsidiary of Terumo Corporation) was founded in 2012 and is headquartered in Hanoi City, Vietnam. It has private ownership. The company engages in the manufacturing and sale of medical products and equipment. Cardiac and Vascular Company, General Hospital Company, and Blood and Cell Technologies Company are the company's product categories. Under which Cardiac and Vascular Company is the market-focused category.

The company has a presence across the Asia-Pacific.

Abbott was founded in 1888 and is headquartered in Illinois, U.S. It has public ownership. The company focuses on the manufacturing of devices to manage chronic pain and diabetes, among others. The company has various business segments such as Established Pharmaceutical Products, Nutritionals, Diagnostics, Medical Devices, Other. Under which Medical Devices is the market-focused segment. Cardiovascular, Diabetes Care, Diagnostics, Neuromodulation, Nutrition, and Medicines are product categories. Amongst them, Cardiovascular is the market-focused category.