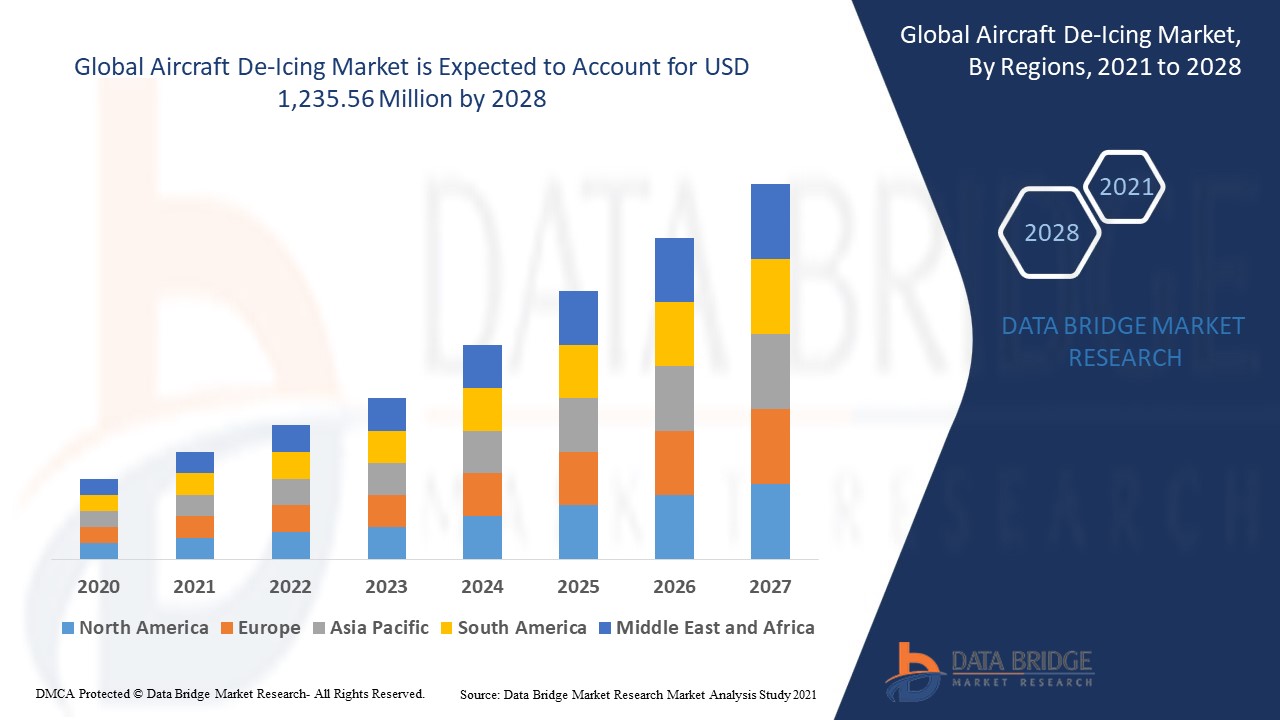 Rise in the need for passenger comfort is the major driver escalating the market growth, also rise in the safe take-off & landing operations during wintry weather conditions, increase in the technological advancements and rise in the flight delays during snow are the major factors among others driving the aircraft de-icing market growth. Moreover, rise in the airport ground handling equipment will further create new opportunities for the aircraft de-icing market manufacturers in the forecast period of 2021- 2028.

However, rise in the initial investments and increase in the regulatory issues acts as the major factor acting as restraints, and will further challenge the growth of aircraft de-icing market in the forecast period.

Aircraft de-icing market is segmented on the basis of fluid type, equipment used and application. The growth among various segments helps in the better analyzation of growth and strategies for better vision of market.

Aircraft de-icing market is analyses and market size, volume information is provided by country, fluid type, equipment used and application as referenced above.

North America dominates the aircraft de-icing market due to increase in the passenger traffic, along with increasing aircraft movements from the airports in the United States in this region.

The country section of the aircraft de-icing market report also provides individual market impacting factors and changes in regulation in the market domestically that impacts the current and future trends of the market. Data points such as consumption volumes, production sites and volumes, import export analysis, price trend analysis, cost of raw materials, down-stream and upstream value chain analysis are some of the major pointers used to forecast the market scenario for individual countries. Also, presence and availability of global brands and their challenges faced due to large or scarce competition from local and domestic brands, impact of domestic tariffs and trade routes are considered while providing forecast analysis of the country data.