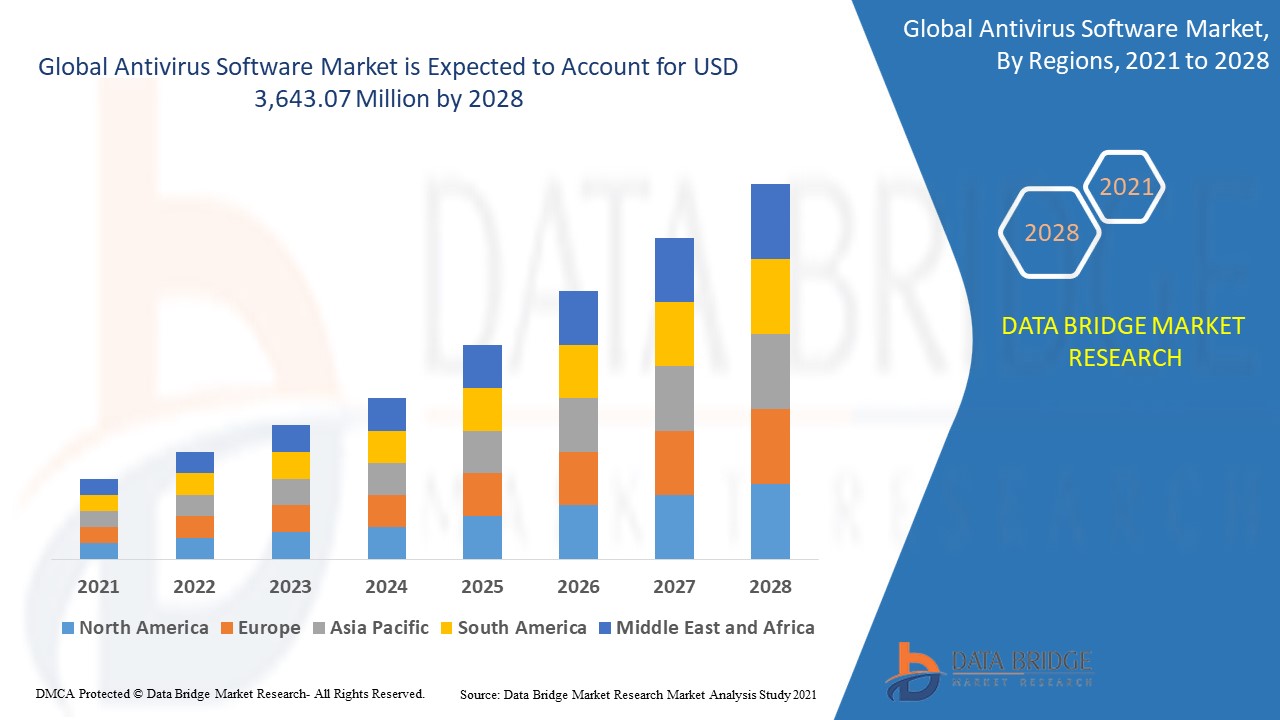 Antivirus software market size is valued at USD 3,643.07 million by 2028 is expected to grow at a compound annual growth rate of 1.6% in the forecast period of 2021 to 2028. Data Bridge Market Research report on antivirus software provides analysis and insights regarding the various factors expected to be prevalent throughout the forecasted period while providing their impacts on the market’s growth.

Antivirus software helps to secure and protect the user’s computer from threats when a user is browsing multiple websites online. It is used to detect malware, which consist of viruses, trojans, and worms and is used to remove unnecessary files from the host computer system. It has features such as information protection, advanced threat protection and endpoint security.

Likewise, high demand for secured enterprise data systems, rise in the number of mobile users and personal computer systems and increase in the number of SME’s and large enterprises are expected to create various new opportunities that will lead to the growth of the antivirus software market in the above mentioned forecasted period.

Antivirus software market is segmented on the basis of type, devices, operating system and end user. The growth among segments helps you analyze niche pockets of growth and strategies to approach the market and determine your core application areas and the difference in your target markets.

Antivirus software market is segmented on the basis of type into free antivirus and paid antivirus.

The antivirus software market is also segmented on the basis of operating system into windows, MAC and android/IOS/Linux.

North America leads the antivirus software market due to the rise in the investments by major operating players. Asia-Pacific is expected to expand at a significant growth rate of over the forecast period of 2021 to 2028 owing to the increase in the demand for secured enterprise data systems and rise in the number of SME’s and large enterprises.