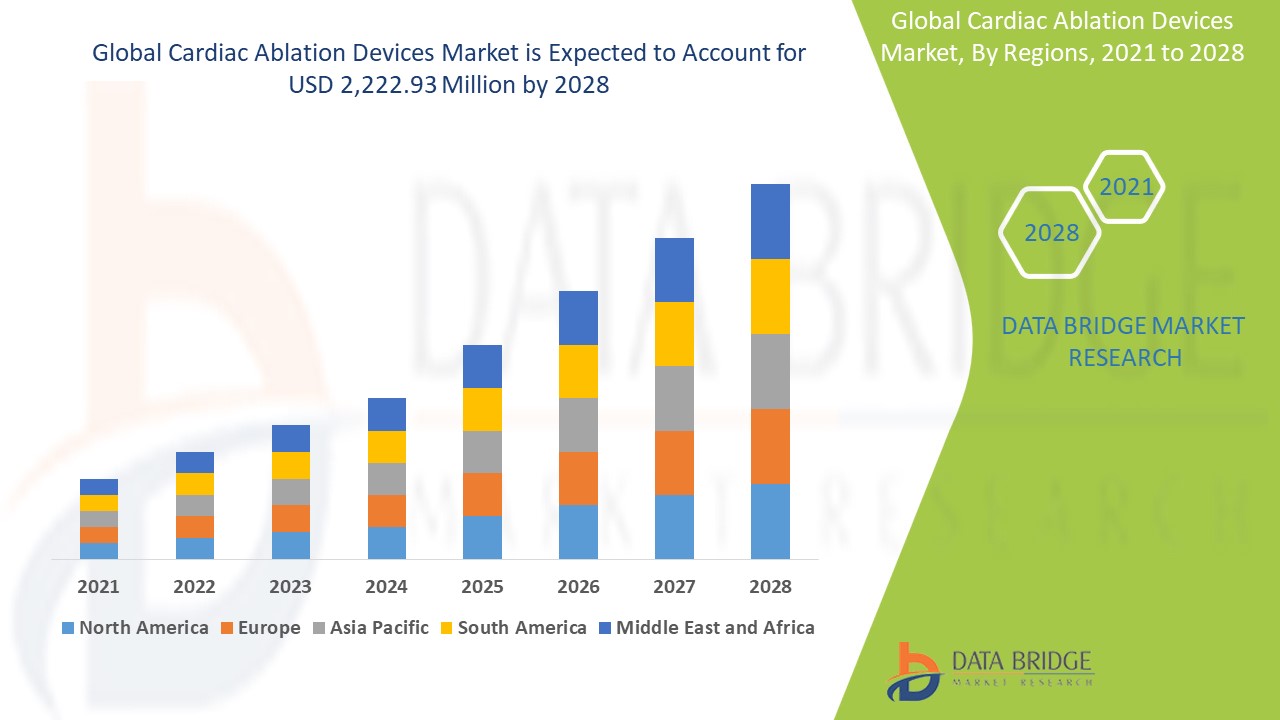 Cardiac ablation devices market is expected to gain market growth in the forecast period of 2021 to 2028. Data Bridge Market Research analyses the market to account to USD 2,222.93 million by 2028 and will grow at a CAGR of 12.21% in the above mentioned forecast period.

The rise in the number of research activities, rise in the penetration of the ablation product manufacturers and the well-developed healthcare infrastructure in the developing countries are anticipated to offer significant growth opportunities for the cardiac ablation devices market in the forecast period of 2021 to 2028.

Cardiac ablation devices market is segmented on the basis of product type, function, application and end user. The growth amongst these segments will help you analyze meager growth segments in the industries, and provide the users with valuable market overview and market insights to help them in making strategic decisions for identification of core market applications.

Cardiac ablation devices market is analyzed and market size insights and trends are provided by country, product type, function, application and end user as referenced above.

North America region leads the cardiac ablation devices market owing to the rise in the prevalence of cardiac arrhythmias, strong presence of well-developed infrastructures, and increase in the volumes of catheterization for surgeries. Asia-Pacific is expected to expand at a significant growth rate over the forecast period of 2021 to 2028 because of the rise in the population in this region along with increase in the patient awareness for diseases.

The country section of the cardiac ablation devices market report also provides individual market impacting factors and changes in regulation in the market domestically that impacts the current and future trends of the market. Data points such as consumption volumes, production sites and volumes, import export analysis, price trend analysis, cost of raw materials, down-stream and upstream value chain analysis are some of the major pointers used to forecast the market scenario for individual countries. Also, presence and availability of global brands and their challenges faced due to large or scarce competition from local and domestic brands, impact of domestic tariffs and trade routes are considered while providing forecast analysis of the country data.