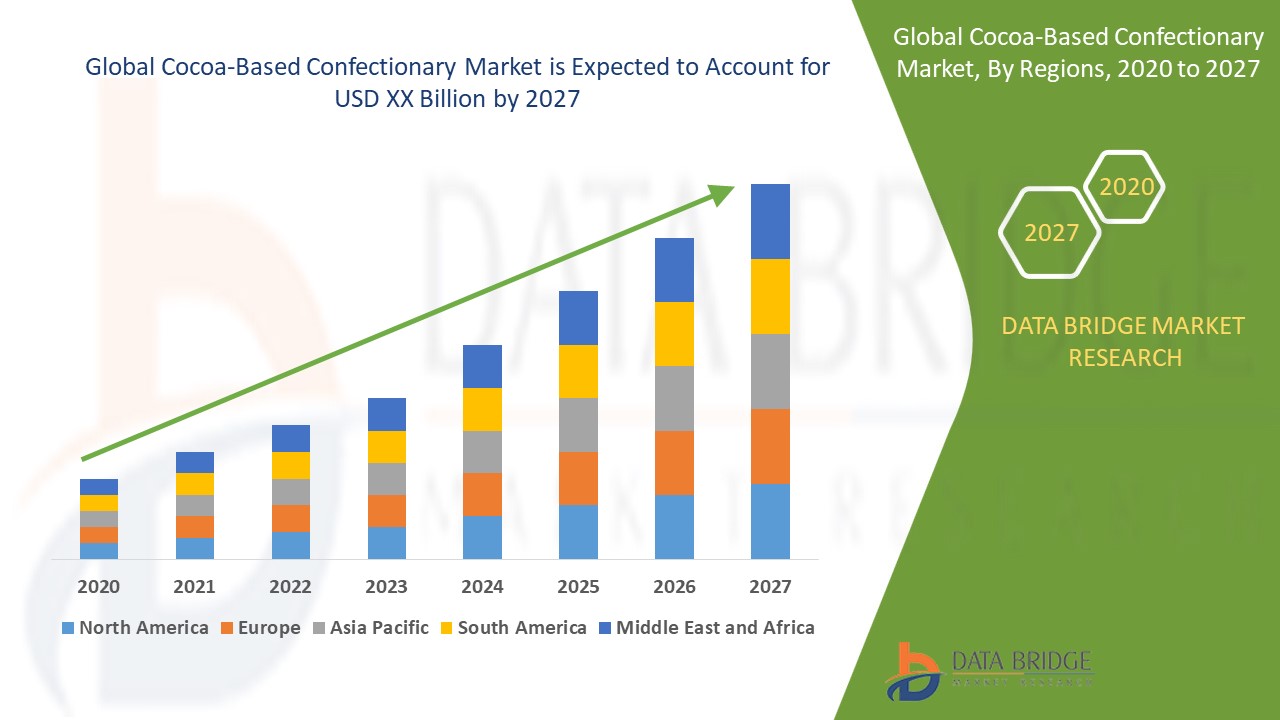 The cocoa-based confectionary market is largely driven by the various health benefits coupled with the cocoa such as diabetes management, lowering in blood pressure and also maintains of cardiac related diseases. The rising health consciousness, seasonal & festive-related sales, increasing innovations with flavors and textures, rising number of new product launches along with growing demand for chocolates and related products are some of the key variables impelling the market growth. In addition, the increase in the awareness amongst consumers regarding the consumption of cocoa rich products will further boost ample opportunities that will lead to the growth of the cocoa-based confectionary market in the above mentioned forecast period.

However, the high raw material prices and limited production of cocoa is likely to hamper the growth of the cocoa-based confectionary market in the above mentioned forecast period.

Cocoa-based confectionary market is segmented on the basis of cocoa type, distribution channel and application. The growth among segments helps you analyze niche pockets of growth and strategies to approach the market and determine your core application areas and the difference in your target markets.

Cocoa-based confectionary market is analyses and market size, volume information is provided by country, cocoa type, distribution channel and application as referenced above.

North America dominates the cocoa-based confectionary market because of rising number of major importer of cocoa and cocoa ingredients to meet the demand of the domestic confectionary manufacturing sector in the region. Asia-Pacific is expected to grow in the forecast period of 2020 to 2027 owing to the high demand of chocolate confectionaries from emerging economies such as China and India.

The country section of the cocoa-based confectionary market report also provides individual market impacting factors and changes in regulation in the market domestically that impacts the current and future trends of the market. Data points such as consumption volumes, production sites and volumes, import export analysis, price trend analysis, cost of raw materials, down-stream and upstream value chain analysis are some of the major pointers used to forecast the market scenario for individual countries. Also, presence and availability of global brands and their challenges faced due to large or scarce competition from local and domestic brands, impact of domestic tariffs and trade routes are considered while providing forecast analysis of the country data.