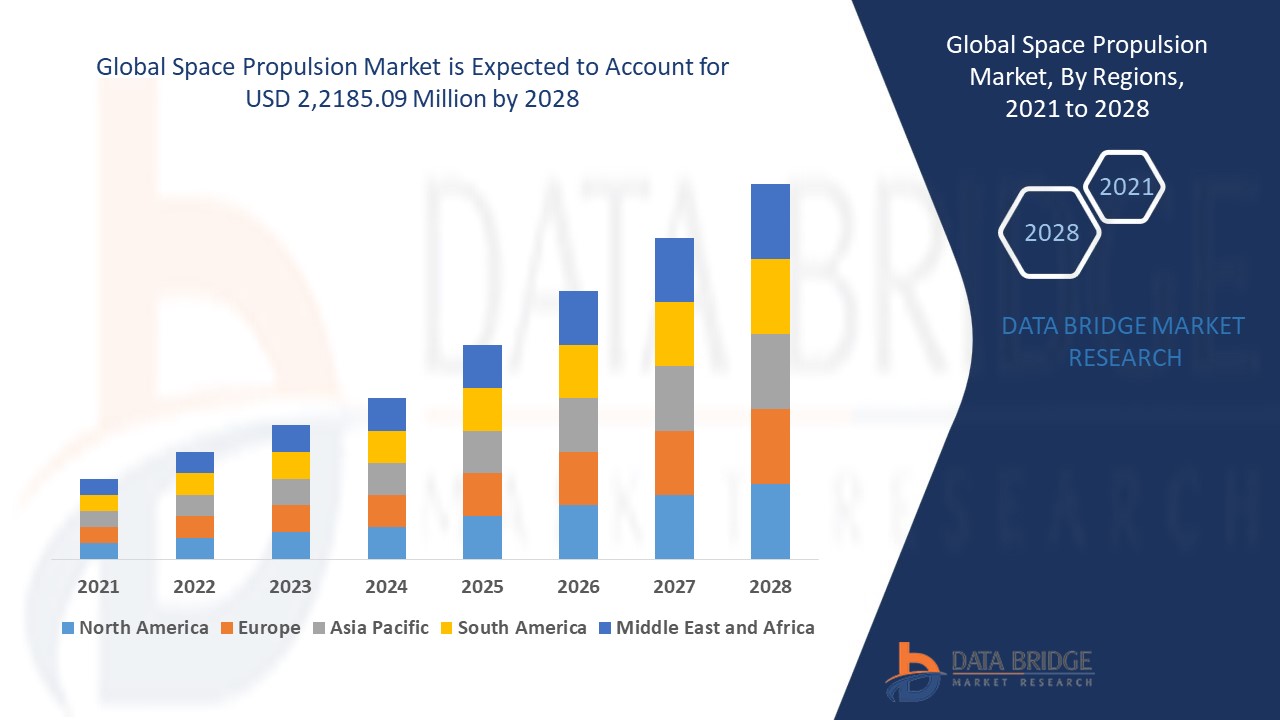 Spacecraft propulsion is defined as any method which is used to accelerate spacecraft and artificial satellites. In-space propulsion solely deals with propulsion systems used in the vacuum of space and should not be confused with space launch or atmospheric entry.

However, rise in the concerns over space debris and rise in the emissions due to space missions are the major factors among others restraining the market growth, and will further challenge the space propulsion market in the forecast period mentioned above.

Space propulsion market is segmented on the basis of propulsion type, system component, support services, orbit, platform and end-user. The growth among segments helps you analyse niche pockets of growth and strategies to approach the market and determine your core application areas and the difference in your target markets.

North America currently dominates and is expected to expand at firm growth in the space propulsion market due to rise in the demand for commercial communication and imaging satellites, increasing deployment of small satellites, rising space exploration missions for interplanetary observations, and demand for resupply missions for International Space Station (ISS) in this region.

The country section of the space propulsion market report also provides individual market impacting factors and changes in regulation in the market domestically that impacts the current and future trends of the market. Data points like down-stream and upstream value chain analysis, technical trends and porter's five forces analysis, case studies are some of the pointers used to forecast the market scenario for individual countries. Also, the presence and availability of global brands and their challenges faced due to large or scarce competition from local and domestic brands, impact of domestic tariffs and trade routes are considered while providing forecast analysis of the country data.

Global Space Propulsion Market is Rising Exponentially at Rate of 16.20% During the Forecast Period