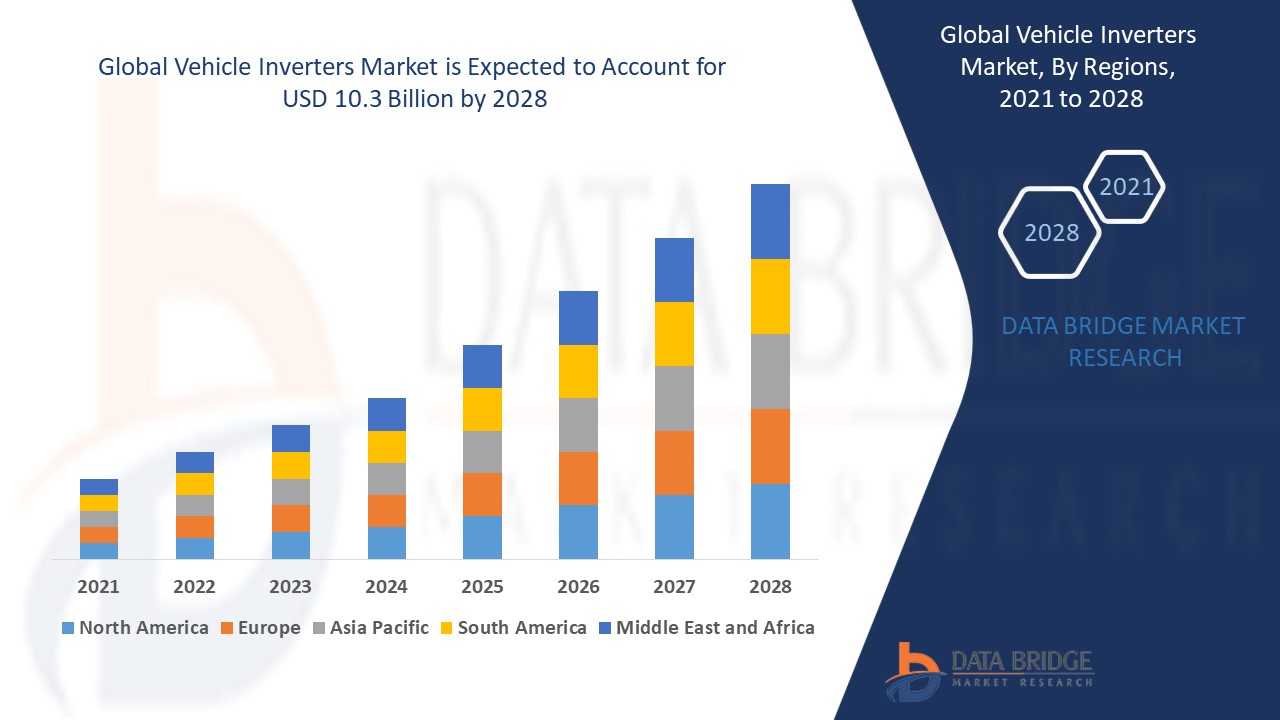 The vehicle inverters market currently stands at the market value of USD 3.08 billion. The market is expected to continue this growth for the forecast period of 2021-2028 where by 2028; the market value would stand tall by USD 10.3 billion. Thus, analysing the statistics, the global vehicle inverters market will exhibit a CAGR of 16.3% for the forecast period.

The biggest reason for the growth of this market is the demand for vehicles that support the vehicle inverter technology. Moreover, with the rising concerns for the environment, people are shifting to alternate energy vehicle options that are particularly infused with vehicle inverters. Moreover, stringent emission rules by the government have forced the manufacturers to shift the production of vehicles in the direction of electric vehicles. Government is also providing incentives such as tax benefit to the manufacturers in this regard and thus, this is contributing to the growth of the market.

The vehicle inverters market is segmented on the basis of technology, propulsion type, semiconductors material, vehicle type and output. The growth amongst these segments will help you analyse meagre growth segments in the industries, and provide the users with valuable market overview and market insights to help them in making strategic decisions for identification of core market applications.

The vehicle inverters market is analysed and market size insights and trends are provided by country, basis of technology, propulsion type, semiconductors material, vehicle type and output as referenced above.

At present, Asia-Pacific region holds the largest vehicle inverters market share because of the high demand of electric vehicles in this region. Plus, over the year this region has emerged to become the automobile production hub around the globe. Europe on the other hand is expected to show the highest growth rate for the forecast period due to increase in personal income of the individuals and increase in demand for the electric vehicles.

The country section of the vehicle inverters market report also provides individual market impacting factors and changes in regulation in the market domestically that impacts the current and future trends of the market. Data points such as consumption volumes, production sites and volumes, import export analysis, price trend analysis, cost of raw materials, down-stream and upstream value chain analysis are some of the major pointers used to forecast the market scenario for individual countries. Also, presence and availability of global brands and their challenges faced due to large or scarce competition from local and domestic brands, impact of sales channels are considered while providing forecast analysis of the country data.

At what growth rate will the market be projected to grow by the forecast 2028?

Vehicle Inverters Market is projected to grow at a rate of 16.3% by forecast 2028.

What will be the market value in the future?

Which region holds the largest share in the market ?

Asia-Pacific region holds the largest share in the market.