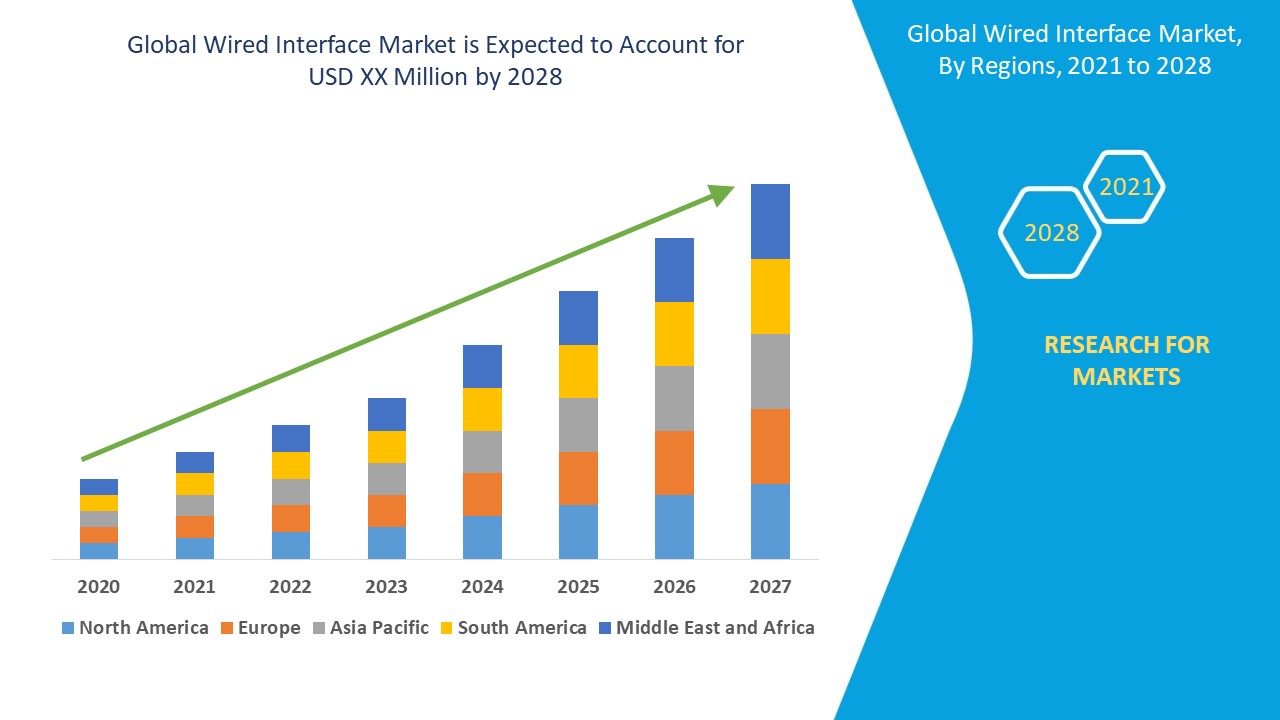 Wired interface market is expected to grow at a compound annual growth rate of 14.40% in the forecast period of 2021 to 2028. Data Bridge Market Research report on wired interface provides analysis and insights regarding the various factors expected to be prevalent throughout the forecasted period while providing their impacts on the market’s growth.

Wired interface generally requires a physical wire connection for communication. These wires are connected from mouse, PC to display and other components. Most of the wired connection use ethernet cable for transmission. The wired interface provides faster speed when compared to wireless interface. It is usually used in traditional office and institutional setup.

Likewise, the increasing demand for the drone market as well as the growing application of wired interface in new devices will further cater ample new opportunities that will lead to the growth of the wired interface market in the above mentioned forecasted period.

Wired interface market is segmented on the basis of component type and device type. The growth among segments helps you analyze niche pockets of growth and strategies to approach the market and determine your core application areas and the difference in your target markets.

Wired interface market is analyzed and market size, volume information is provided by country, component type and device type as referenced above.

Asia-Pacific leads the wired interface market because of the strong presence of large number of electronic devices manufacturing companies in the region. North America is expected to expand at a significant growth rate of 2021 to 2028 owing to the rising disposable income along with increasing automotive and consumer electronics sector in the region.

The country section of the wired interface market report also provides individual market impacting factors and changes in regulation in the market domestically that impacts the current and future trends of the market. Data points like down-stream and upstream value chain analysis, technical trends and porter's five forces analysis, case studies are some of the pointers used to forecast the market scenario for individual countries. Also, the presence and availability of global brands and their challenges faced due to large or scarce competition from local and domestic brands, impact of domestic tariffs and trade routes are considered while providing forecast analysis of the country data.