FDA Nod to Futibatinib for Cholangiocarcinoma

Cholangiocarcinoma (CCA) is a heterogeneous group of malignancies that can evolve from the canals of Hering to the main bile duct. CCA are rare tumors consisting of about 3% of gastrointestinal tumors and have an overall occurrence of less than 2/100,000. They are the second most common primary hepatic malignancies following hepatocellular carcinoma (HCC). It accounts for about 20% of the deaths from hepatobiliary cancers, which cause 13% of the total cancer mortality globally. CCA is one of the most fatal cancers: although it has been seen that 1-year mortality has improved over time, the 5-year survival is still as low as 10%. The only possible treatment option for patients with CCA is surgical resection. Despite the respectability rate having been reported to be as high as 65%, curative resection rates are less than 50%. Unfortunately, two-thirds of CCA remain clinically silent and are only diagnosed in more advanced stages. At advanced stage, CCA has a devastating prognosis with a median overall survival of only 12-15 months.

Cholangiocarcinoma is a type of cancer that forms in the slender tubes that carry the digestive fluid bile. Bile ducts connect your liver to your gallbladder and to your small intestine. Cholangiocarcinoma, also known as bile duct cancer, occurs mostly in people older than 50, though it can occur at any age.

The Various Signs and Symptoms of Cholangiocarcinoma Include: 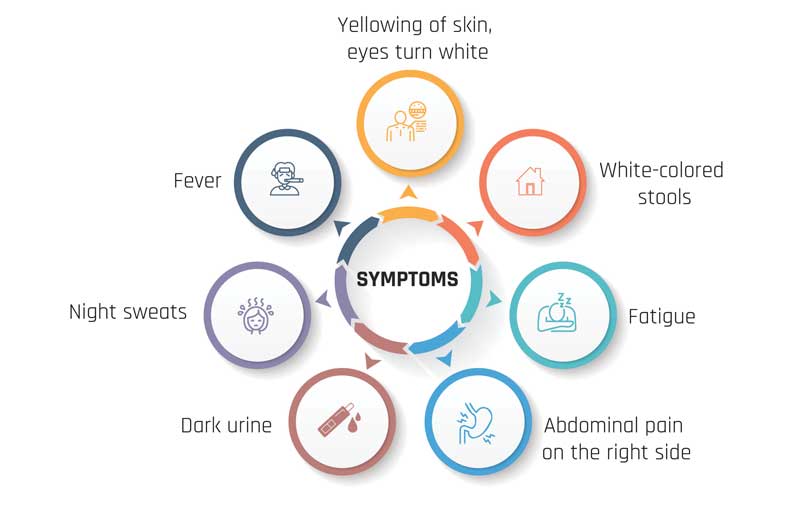 The actual reason of cholangiocarcinoma. The risk factors suggest that health conditions that cause chronic (long-term) inflammation in the bile ducts may play a role in developing this cancer. Consistent damage such as inflammation can also cause DNA changes, which may change how certain cells grow, divide and behave. These changes probably aren't inherited, which means parents don't pass them to their children. Instead, the changes are likely happen during a person's lifetime.

To know more about the study, kindly visit: https://www.databridgemarketresearch.com/reports/global-magnetic-resonance-imaging-mri-devices-market

Several treatment methods include liver therapy, chemotherapy, radiation therapy, targeted drug therapy, immunotherapy. For many patients, a liver transplant can be a cure for hilar cholangiocarcinoma, but there is a high risk that the cancer will recur after a liver transplant. Radiation therapy uses high-powered energy beams from sources such as X-rays and protons to kill the cancer cells. Immunotherapy uses body's own immune system to fight cancer. Immunotherapy works by interfering with that process.

Our DBMR team investigated the chemotherapy drug market and witnessed that the COVID-19 virus has spread to nearly every country on the planet, prompting the World Health Organization (WHO) to declare it a public health emergency. North America dominates the chemotherapy drug market because of the presence of key manufacture of the product and rising geriatric population in this region. Asia-Pacific is expected to grow during the forecast period due to increased government awareness programs and rising healthcare expenditure in this region. Also, growing number of generic drugs will further cushion the market's growth rate in this region.

To know more about the study, kindly visit: https://www.databridgemarketresearch.com/reports/global-chemotherapy-drug-market

This trial involved 103 patients who were previously treated, unresectable, locally advanced, or metastatic intrahepatic cholangiocarcinoma. All these patients received 20 mg of futibatinib orally once daily continuously for 21-day cycles until disease progression or unacceptable toxicity.

The End-Points are Discussed Below:

Although, the patients received adverse reactions as well. The most common treatment-related adverse events (TRAEs) of any grade included alopecia, hyperphosphatemia, dry mouth, and diarrhea. Most TRAEs were grade 3 or less, but there were 2 grade 4 events. Grade 3 AEs Included

Through this trial, there has been some safety and precautions noticed with this drug. It has been mentioned below:

The prevalence of cholangiocarcinoma is on the rise and thus effective treatment is necessary for the fast recovery of the patients. FDA recently approved a drug which received accelerated approval called futibatinib for adult patients with previously treated, unresectable, locally advanced or metastatic intrahepatic cholangiocarcinoma having fibroblast growth factor receptor 2 (FGFR2) gene fusions or other rearrangements. Such developments are necessary for treating these patients.