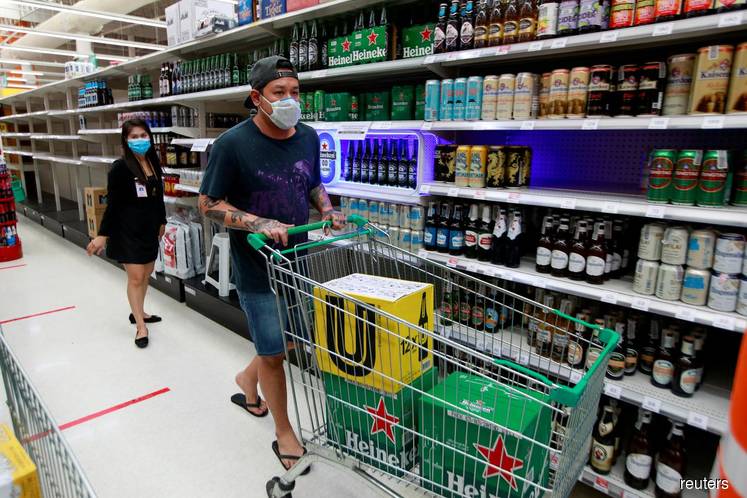 COVID-19 Impact on Brewing in the Food and Beverage Industry

The brewing industry is the second largest source of revenue generation in beverage industry and are mostly generates their revenue through off trade distribution channels. Alcoholic beverages are the largest source for revenue generation among restaurants comprises around 20% of total turnover of restaurants. The brewing industry has been always approached with the double digit growth due to the demand of the craft breweries, beer, wine and other sprit drinks.

The pandemic impact on the brewing industries have been largely distracted the growth of craft brewers and in the production of beer as they are majorly consumed by the population. Among alcoholic beverages beers makes their largest place. The worldwide shutdown of the supermarkets, local breweries, brewpubs, taprooms have largely impacted supply of the breweries in local market. According to the survey organized by Brewers Association in the U.S. among 900 brewers 90% have stated the negative impact Covid-19 via on-site sales, distributor orders or cancellation of organized events. The brewers also confirmed that 30% of brewer productions have stopped and 61% of the productions had been slowed down.

As per the lay off the employment 60% of the brewers anticipated to layoff due to Covid-19. One of the major Giant of breweries Michigan, which had 400 licensed breweries among U.S., have stated “the pandemic had been devastating for most breweries” by director of the Michigan Brewers Scott Graham.

Scott Graham also commented that “Businesses are suffering, some may not be able to reopen and for everybody that does, it’s going to be kind of a new reality.”

The craft brewery among all segments of alcohol is becoming more popular due to the traditional taste of the brewery by local and independent brewers. The recent comment by the Brewers Association (BA) Industry trade group have stated in 2017, the sales of craft beer in value or volume continued to hover in the mid-single digit at various convenience stores and groceries chain and with the dollar growth declining by 1% due to the backdrop of beer sales by 2%. However, with the highest growth rate of craft beer the major impact of the Covid-19 was shown on the local and regional small breweries due to shut down and social distancing actions forced the vast major population of the  breweries, bars and restaurants for the time being close to their taprooms and drinking areas.

According to the survey of Brewers Association (BA), that 2% of the craft breweries will surely not open again,  and almost half of the brewers admitted that they won’t be last longer than 1-3 months if the economy stays shuttered.

Chief Economist of Brewers Association (BA) Bart Watson, stated “The smaller you are the more in danger you are.”

The lack of ethanol output distracts the specialized corner of the food sector, as 34 plants out of 45 ethanol production plants have cut down or idled their process in the United States, stated by Chief Executive Geoff Cooper of Renewable Fuels Association

Halt in the Production Process:

The pandemic COVID-19 have halted in the production of beverages worldwide this is due to the declined the demand of breweries, shut down of the local bars, pubs and restaurants, lock down of the supermarket and specialty grocery shops.

As due to the drawn in the demand and lockdown companies have halt their production, for instance,

The micro brewers have completely under halt as the supply or retailing of the breweries has been lock down by the government authorities.

Home Delivery as an Opportunities:

Due to the worldwide lock down of the restaurants, pubs, drinking and dining have restricted the supply chain of the brewers as majority of breweries are supplied through off trade retailing channels. In this pandemic home delivery of breweries can act as an opportunity for the market. The home delivery for smaller brewers could be challenging as this is not an usual method of delivery.

Various small brewers in Swiss countries have been taking order from the usual sites and delivering it to home, such as Bier Factory showcasing small breweries and helping them to delivery their beer throughout the country.

Wherein. Home delivery should not be measure for temporary as one out of 5th customer find convenience of home delivery options and hence remain as an important channel for distribution or retailing.

The various companies in India have kept proposal for home delivery of breweries among whole country,

Brewers also stated for the reopening of outlets in a phased manner so that it will avoid wastage.  As the distilled spirits such as beer has a short lifespan approximately 12 months.

As of now the sprit manufacturing companies have taken initiatives to produce the hand sanitizer and essentials require to tackle with COVID-19. The majority of alcohol manufacturers have pledged to support and cure the staff. This pandemic have majorly affected the retailing of the breweries of micro brewers and affected the overall craft beer market. The industries, if restructuring their production facility should take all safety measures and should follow the guidelines for their supply chain to the various outlets.