Canada Hot Fill Bottled Sauces Market is expected to grow with the CAGR of 2.7% in the forecast period of 2022 to 2029. The years considered for study are as mentioned below.

The Kraft Heinz Company is the dominating player in the market, and the other players include in the market are DELMAR FOODS, and Pepper North Artisan Foods among others. 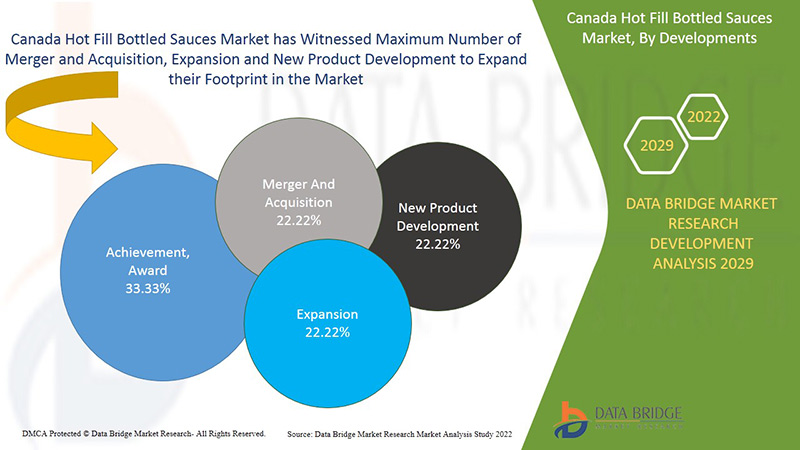 Kerry is headquartered in Tralee, Ireland as public ownership and it was founded in year 1972. The company is engaged in manufacturing and commercialization of food and pharma products across the globe. The company offers wide range of product categories such taste, nutrition, function, food, beverage, food service, pharma and biotechnology under which food, beverage are market focused category. The company has presence in America, Europe, Asia-Pacific, Middle East Africa.