China E-Bike (Pedelec Bikes) Hub Motor Market is expected to grow with the CAGR of 14.8% in the forecast period of 2022 to 2029. The years considered for the study are as mentioned below.

The major players dealing in the China e-bike (pedelec bikes) hub motor market are introducing a strong range of products provider along with launching new products and adopting strategic initiatives such as acquisition, agreement, business expansion, awards, and recognition into the market. This helped companies to maximize sales with an enhanced product portfolio.

Bafang Electric (Suzhou) Co., Ltd. was founded in the year 2003 and is headquartered in Shanghai, China. The company is the leading manufacturer of e-mobility components and complete e-drive systems. The company has several product categories, which are motors M-series, motors H-series rear, and motors H-series front, of which all are market-focused categories.

The company has a presence across North America, Europe, and Asia-Pacific.

The company was founded in the year 2011 and is headquartered in Shanghai, China. The company is engaged in the research and development, production and sales of electric bicycles, electric motorcycles, robot motors, and their control systems. The company has several product categories, including motors, controller, sensor, displays, and battery, in which motors, controller, and sensor are the market-focused categories.

The company has a wide presence in Asia-Pacific. 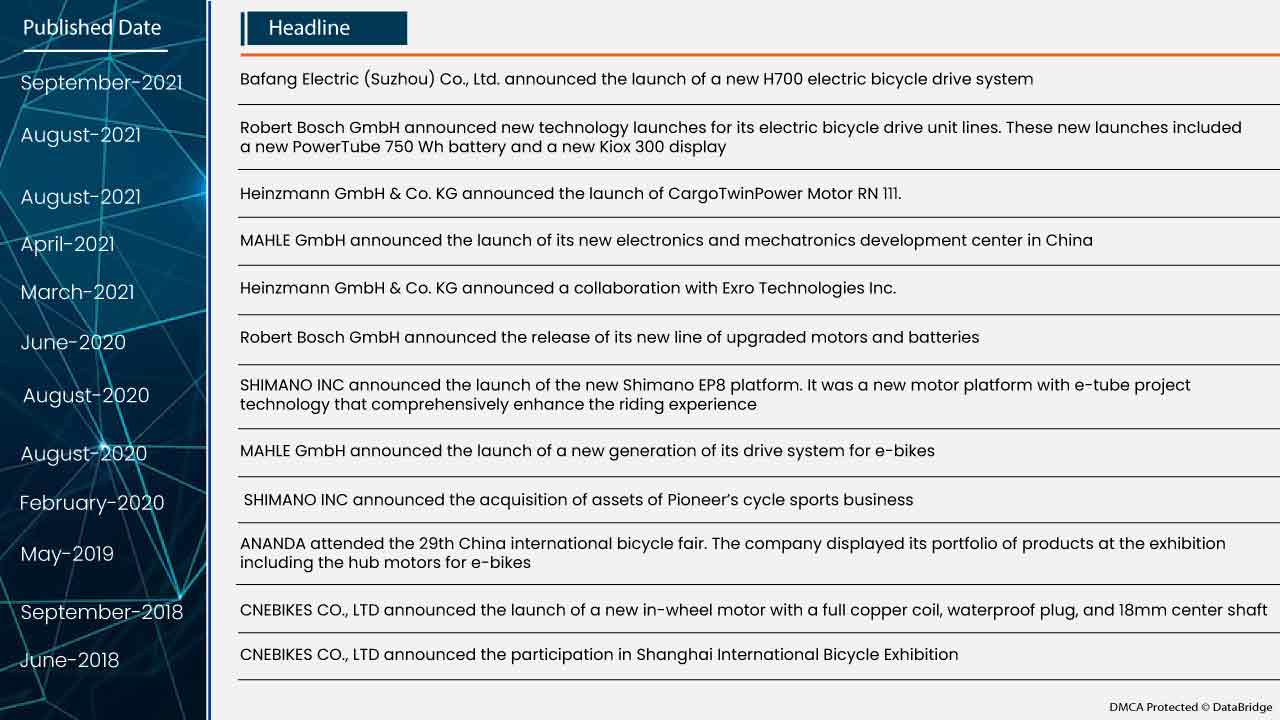 The company was founded in the year 1908 and is headquartered in Coburg, Germany. The company provides automotive and e-bike component products to enhance vehicle comfort, safety, and efficiency. The company has product categories which are the technology for vehicle doors and liftgates, adjustment systems for front and rear seats, electric motors and drives, and e-bike drives, where e-bike drives is the market-focused category.

The company has a wide presence in Europe, North America, Asia-Pacific, and the Middle East and Africa.