China FeNo Testing Market is expected to grow with the CAGR of 13.4% in the forecast period of 2020 to 2027. The years considered for study are as mentioned below.

China FeNo testing market is a highly consolidated market which includes specific number of key players. The market has witnessed increased strategic developments owing to favourable market scenario. The major players dealing in China FeNo testing market are introducing strong range of products provider along with launching new products and adopting strategic initiatives such as launch of new product, upgradation in the existing product, and agreement into the market. This helped companies to maximize the sales with enhanced product portfolio. For instance, in August 2019, Bosch Healthcare Solutions GmbH (A Subsidiary of Robert Bosch GmbH) announced that they have launched the new product which is used to measure the concentration of fractional nitric oxide (FeNO). This provides the analysis of gas exhaled at home which can help in preventing disease. 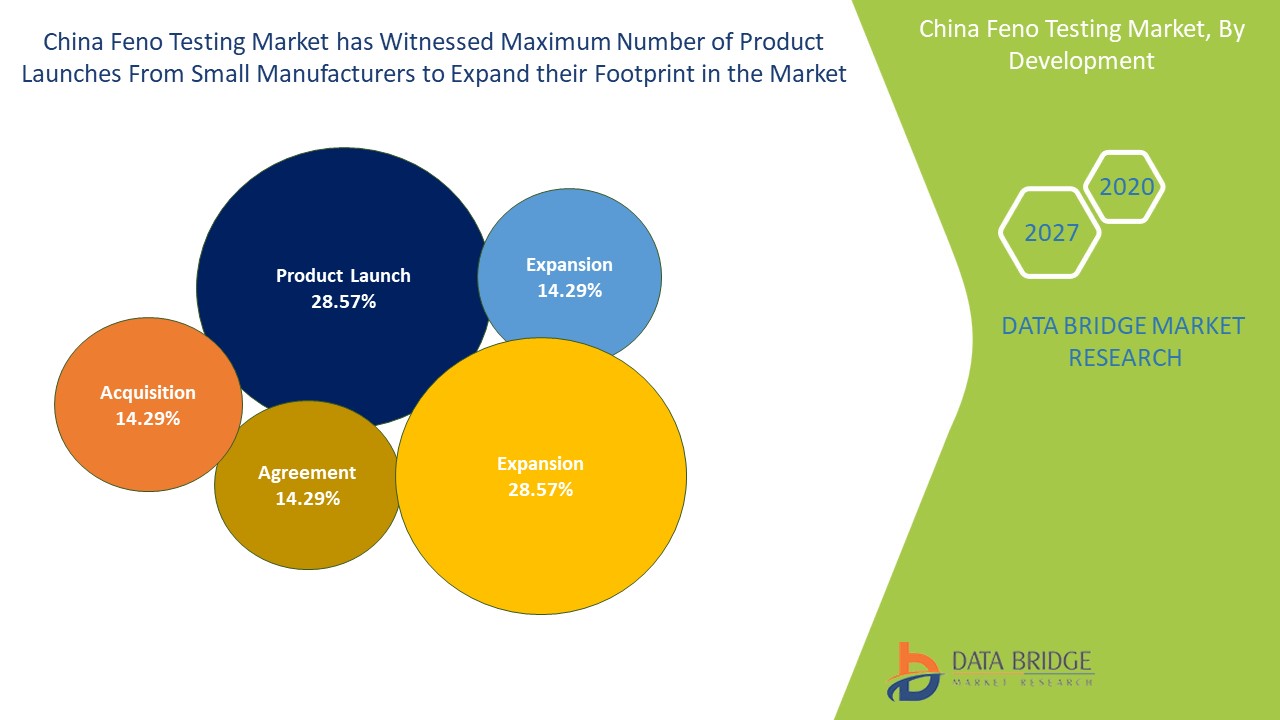 Circassia headquartered in Oxford, U.K., was founded in 2006 which mainly focuses on promoting of asthma management products, respiratory and allergy disease and COPD treatments. The company has wide technology portfolio including NIOX FeNO testing, tudozara pressair & duaklir pressair, in which NIOX FeNO testing is the market focused category.

Sunvou headquartered in Wuxi, China was founded in 2008. The company focuses on manufacturing of molecular diagnostic products for rapid detection of disorders related to respiratory, digestive system among others. The company has provided Nakulun Breath Analyzer as its market focused product.

The company has its presence in China.

Spirosure, Inc. headquartered in California, U.S. was founded in 2011. The company is engaged in manufacturing products for monitor technologies & new diagnostic technologies for patients suffering from respiratory illness. The company provides Fenom Pro & Fenom Home as the market focused products.

The company has its presence in the U.S. region.