Polytan GmbH, Dow and Italgreen Spa are Dominating in the Europe Artificial Turf Market in 2021

Europe Artificial Turf Market is expected to grow with the CAGR of 18.5% in the forecast period of 2021 to 2028. The years considered for study are as mentioned below:

The major players dealing in Europe artificial turf market are introducing strong range of product portfolio. This has helped the companies to maximize the sales with enhanced product portfolio. For instance, in March 2019, Nurteks are delighted to report that the International Hockey Federation has approved the company as a FIH Seller. With this certification, the company expand its presence for the hockey ground turf for the ground under International Hockey Federation. 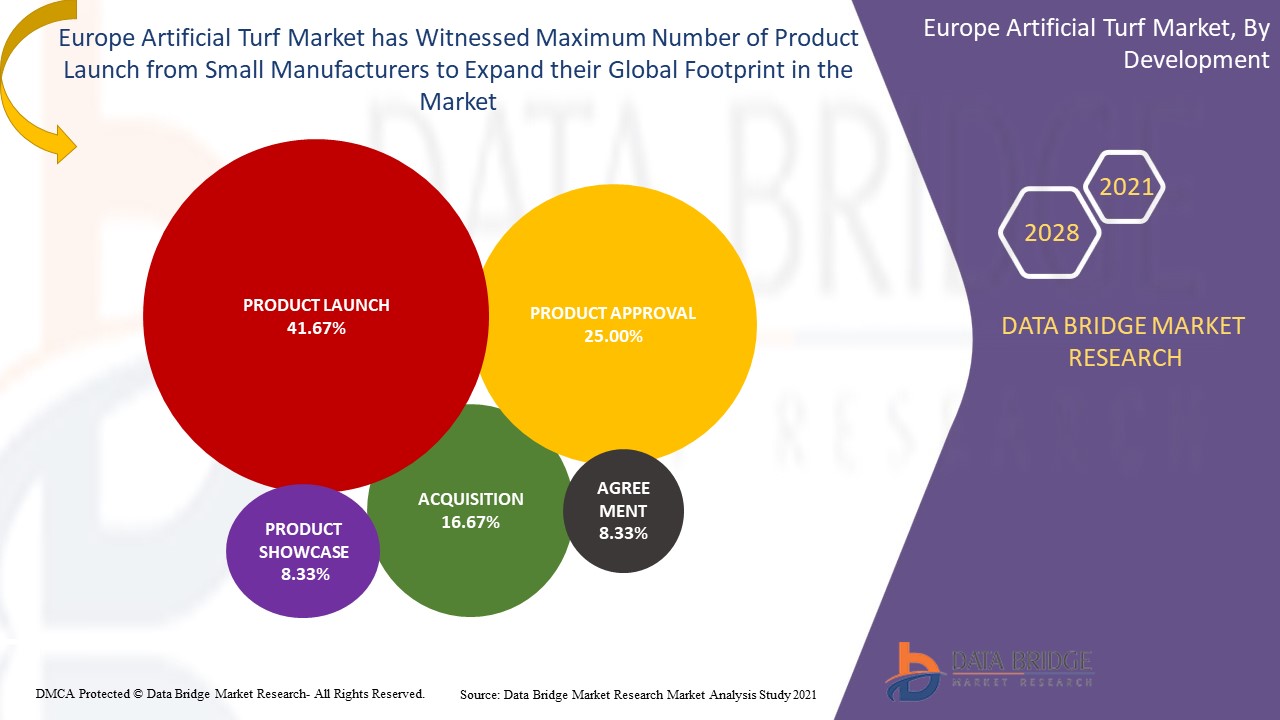 Polytan GmbH is headquartered in Burgheim, Germany and was founded in 1969. The company is engaged in manufacturing of artificial surfaces of high-speed tracks, all-weather courts, tennis, handball and shock-absorbent surfaces as well as synthetic turf systems for football, hockey, rugby and multifunctional playing fields. The company provides wide range of products under categories such as turf, sports surfaces and extras out of which turf is the market focused category.

The company has presence in Germany.

Dow is headquartered in Michigan, U.S. and was incorporated in 2018. The company is engaged in the manufacturing and commercializing wide range of products including chemical, automation and agriculture across the world. The company has multiple business segments such as packaging & specialty plastics, industrial intermediates & infrastructure and performance materials & coatings among which industrial intermediates & infrastructure is the market focused segment. The company provides wide range of products under categories such as additives and modifiers, adhesives and sealants, amines and chelants, conductive materials, elastomers and plastomers, emulsions, fluids, blends and dispersions, foam control agents, gels, encapsulants and conformal coatings, lubricants, heat transfer and deicing fluids, monomers, optical materials, plastic additives, polyethylene, polyurethanes, release coatings and agents, resins, binders and film formers, silanes and siliconates, solvents and glycols, specialty polymers and compounds, surfactants, emulsifiers and polyglycols, waxes and powders out of which polyethylene is the market focused category.

The company has wide presence in Europe.