Europe Food Safety Testing Market is expected to grow with the CAGR of 5.0% in the forecast period of 2020 to 2027. The years considered for study are as mentioned below:

The major players dealing in Europe food safety testing market are introducing strong range of product portfolio. This has helped the companies to maximize the sales with enhanced product portfolio. For instance, in December 2016, Bureau Veritas has acquired the Kuhlmann Monitoramento Agrícola Ltda. (KMA) which is a Brazilian company which is specialized in monitoring and auditing services for the agri-food sector. This has helped the company to expand its Agri-Food Business in Brazil and gained the employees worldwide and complementary sports permitted to expand new offerings to keep making contributions to the growth of agri-business with modern solutions. 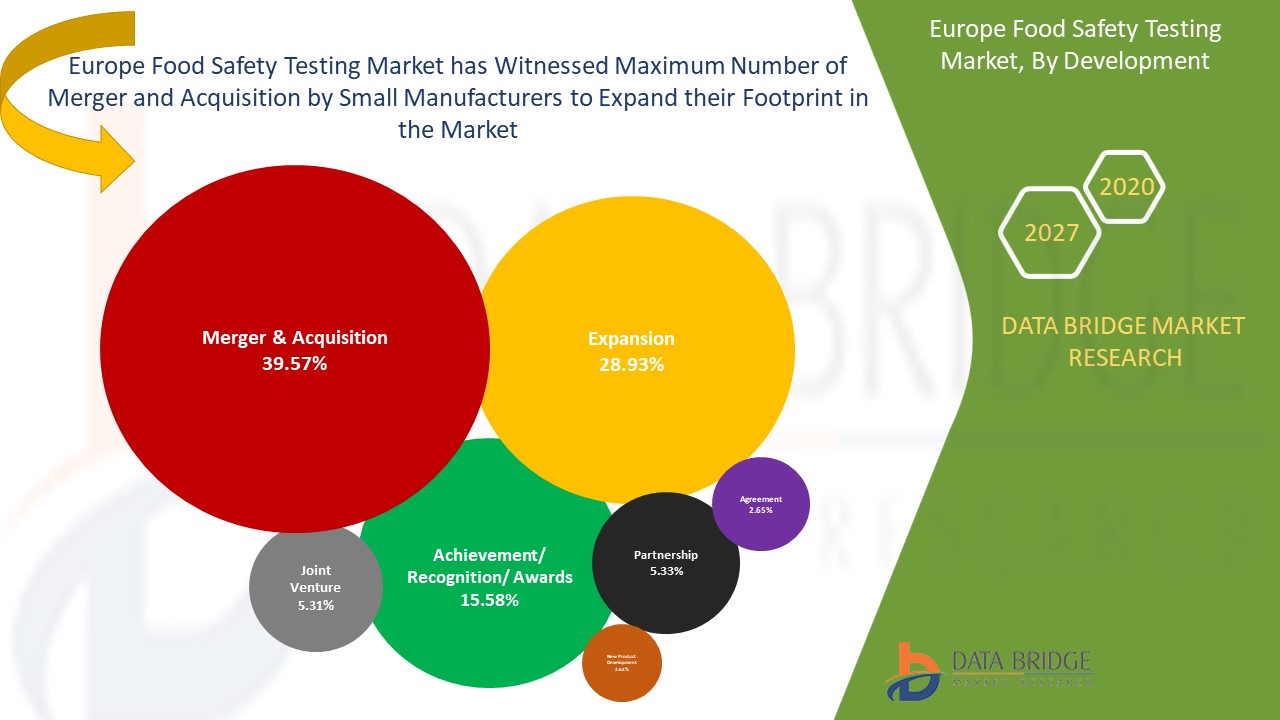 Bureau Veritas is headquartered in Paris, France and was founded in 1828. The company is engaged in outgrowing development for food safety testing industry on a worldwide scale. The company provides various business segments such as marine & offshores, agri-food & commodities, industry, building & infrastructure, certification and consumer products out of which agri-food & commodities is the market focused segment. The company provides several services under categories such as automotive & transport, buildings & infrastructure, chemicals, commodities & agriculture, consumer products & retail, food, marine & offshore, oil & gas, power & utilities and cross-market services out of which food is the market focused category.

SGS SA is headquartered in Geneva, Switzerland and was founded in 1878. The company focused to be the most competitive and the most productive service organization in the world. The company has multiple business segments such as agriculture, food and life, minerals, oil, gas and chemicals, consumer and retail, certification and business enhancement, industrial, environment, health and safety and transportation in which food and life is the market focused segment. The company has wide range of services under categories such as agriculture & food, certification, chemical, construction, consumer goods, retail, energy, environment, health & safety, industrial manufacturing, life sciences, mining, oil & gas, public sector, risk management, sustainability, trade, training services and transportation out of which agriculture & food is the market focused category.