Europe Molded Plastics Market is expected to grow with the CAGR of 5.2% in the forecast period of 2020 to 2027. The years considered for study are as mentioned below.

The major players dealing in Europe molded plastics market are introducing strong range of product portfolio. This helped company to maximize the sales with enhanced product portfolio. For instance, in March 2020, BASF SE announces the advancement of its extended polypropylene foam (EPP) Neopolen product line. The new Neopolen P 9235 + content provides improved surface characteristics, 20% deepening of color printing and an enhanced fabrication filling efficiency relative to existing grades. The new grade has chemicals and oil resistant, thermally insulated and with a low intake of water. The fragments of foam are accessible as packaging or loose stock. 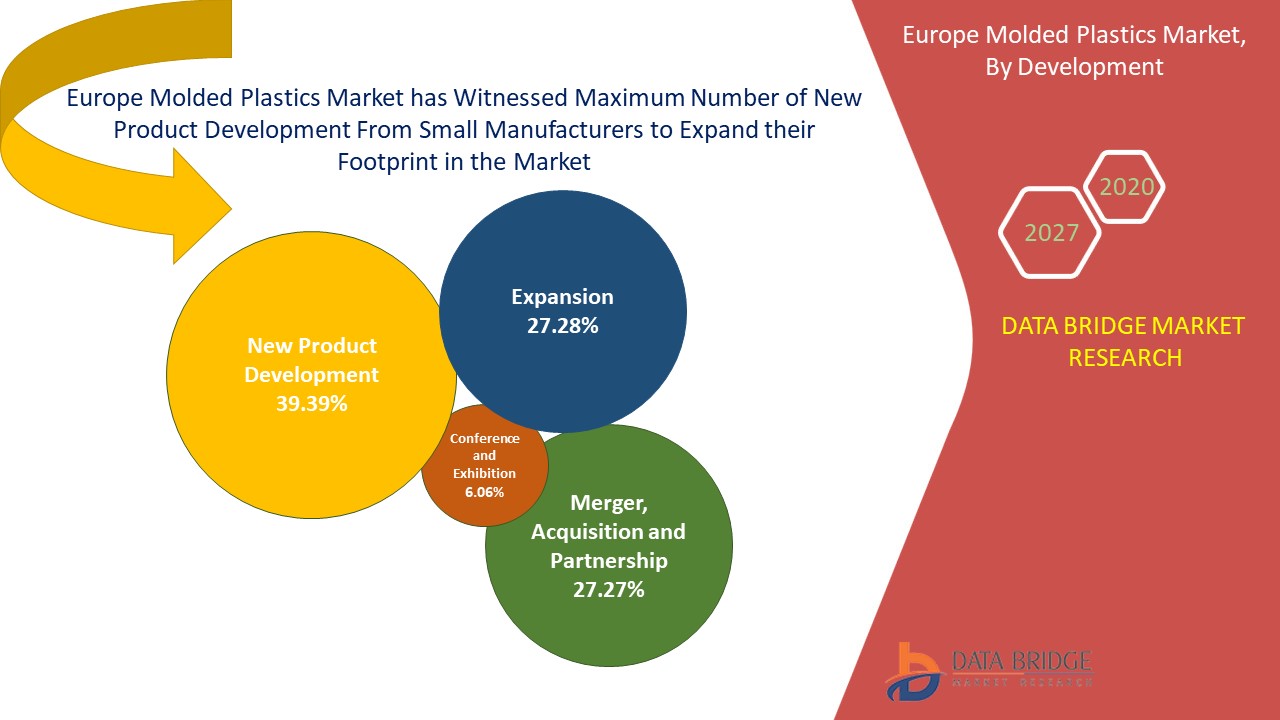 SABIC headquartered in Riyadh, Saudi Arabia and was founded in 1976. The company engaged in manufacturing of product for the construction, medical devices, packaging, agri-nutrients, electrical and electronics, transportation and clean energy. The company deals in various business segments such as petrochemicals and specialties, agri-nutrient, hadeed in which petrochemicals and specialties is the market focused business segment. The company provides its products under different categories such as polymers, chemicals, agri-nutrients, metals, specialties among which the market focused products lies under polymers.

Exxon Mobil Corporation headquartered in Texas, U.S. was founded in 1859. The company is engaged in manufacturing of raded energy providers and chemical manufacturers, develops and applied with next-generation technologies. The company deals in various business segments such as upstream, downstream, and chemical in which chemical is the market focused business segment. The company provides its products under different categories such as upstream, chemicals, downstream, natural gas and power marketing among which the market focused products lies under chemicals.