BASF SE, Henkel AG & Co. KGaA and AKZO NOBEL N.V. are dominating in the Europe Primers in Construction Market in 2021

Europe Primers in Construction Market are expected to grow with the CAGR of 8.0% in the forecast period of 2021 to 2028. The years considered for study are as mentioned below.

The major players dealing in Europe primers in construction market are introducing strong range of product portfolio. This helped companies to maximize the sales with enhanced product portfolio. For instance, in November 2020, BASF SE announced that they have entered into a joint venture with PETRONAS chemicals group and are realigning their product portfolio. This decision was taken by the company to ensure the closing down of the butanediol plant in Kuantan and Malaysia. The company expects that the strategic decision would help the other plants located in the facility to remain unaffected by the shutting down of the butanediol plan. 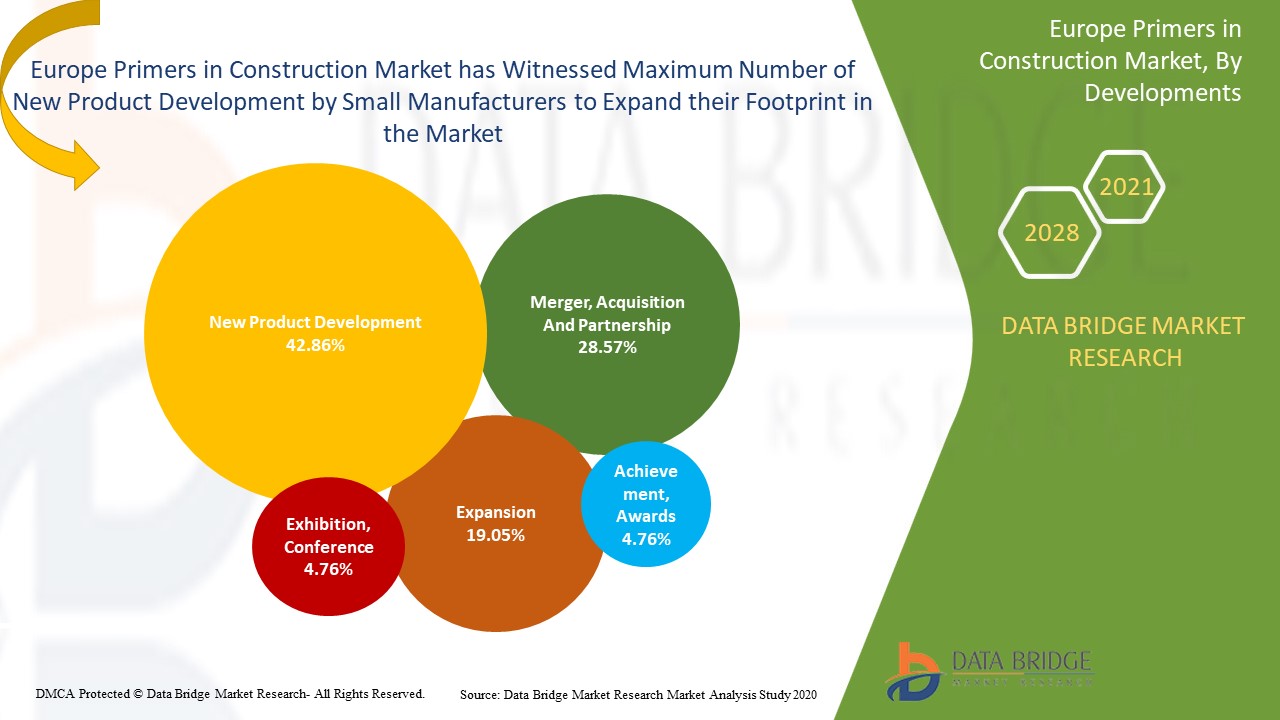 BASF SE is headquartered in Luwigshafen, Germany and was established in 1865. The company is engaged in manufacturing and commercializing of chemicals and materials required for surface coatings used in various industries including automotive, paints and construction. The company deals in multiple business segments such as chemicals, material, industrial solutions, surface technologies, nutrition & care, agricultural solutions and other among which surface technologies is the market focused segment. The company have wide range of products & solutions under categories including surface treatment, automotive OEM coating, automotive refinish coatings, commercial vehicles, motorcycle coatings in Asia and decorative paints in South America out of which surface treatment is the market focused category.

Europe Primers in Construction Market – Industry Trends and Forecast to 2028