Global Agricultural Lubricants Market is expected to grow with the CAGR of 3.8% in the forecast period of 2020 to 2027. The years considered for study are as mentioned below. 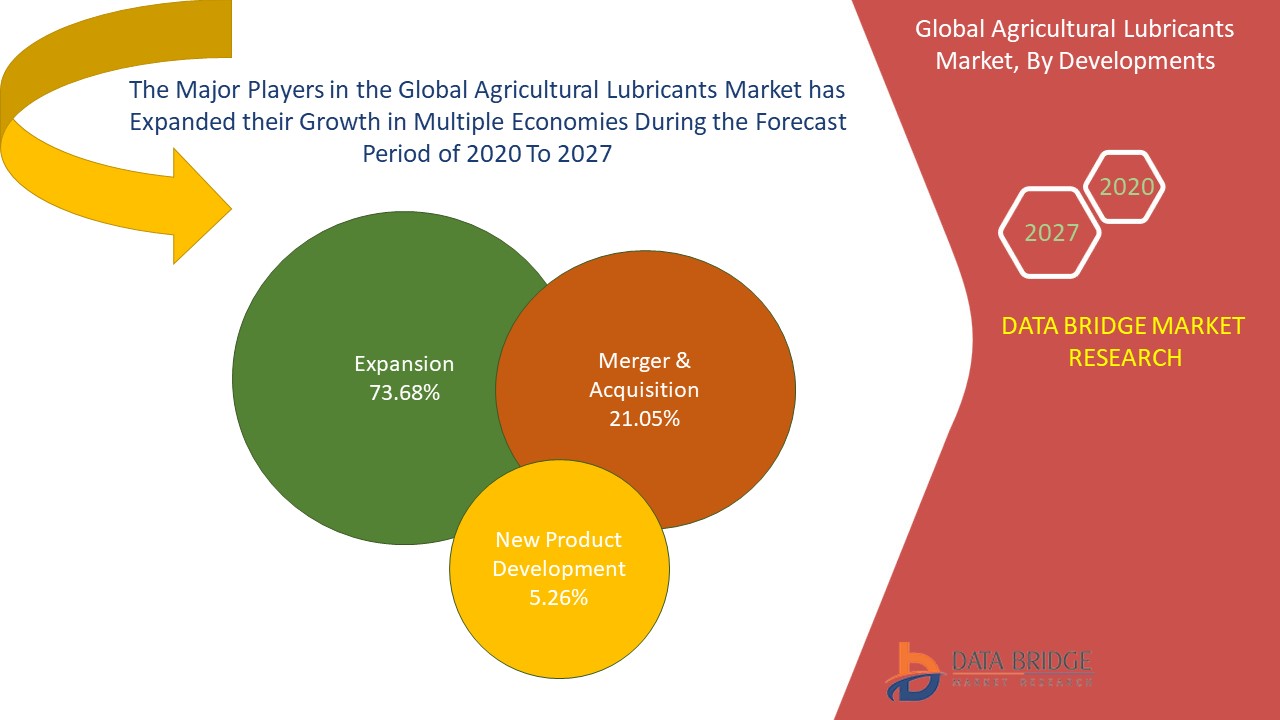 Royal Dutch Shell plc, company headquartered in Hague, the Netherlands and was founded in 1907. The company is engaged in the manufacturing of oil and gas and low-carbon energy. Company business is divided in three business segments which are downstream upstream and integrated gas and new energies. The market focused category is downstream.

BP p.l.c. is headquartered in London, U.K., which was founded in 1908. The company is engaged in the manufacturing of upstream, downstream and renewables businesses product with well-established trading capability. The company business segments are upstream, downstream and other business and corporates. The company’s product categories include coolants, detergents and degreasers, engine oils, greases, hydraulic fluid, other lubricants and transmission and gear oils. Our market focused business segment is downstream.