Global Automated Guided Vehicle Market is expected to grow with the CAGR of 11.1% in the forecast period of 2021 to 2028. The years considered for study are as mentioned below.

The major players dealing in global automated guided vehicle market are introducing strong range of product portfolio. This helped companies to maximize the sales with enhanced product portfolio. For instance, in April 2019, Daifuku Co., Ltd. has completed the acquisition of Vega Conveyors & Automation Private Limited (“Vega”), an Indian-based company engaged in manufacturing and sales of material handling equipment. The increasing demand for automation market in India has prompted Daifuku Co., Ltd. to open a manufacturing facility in India. 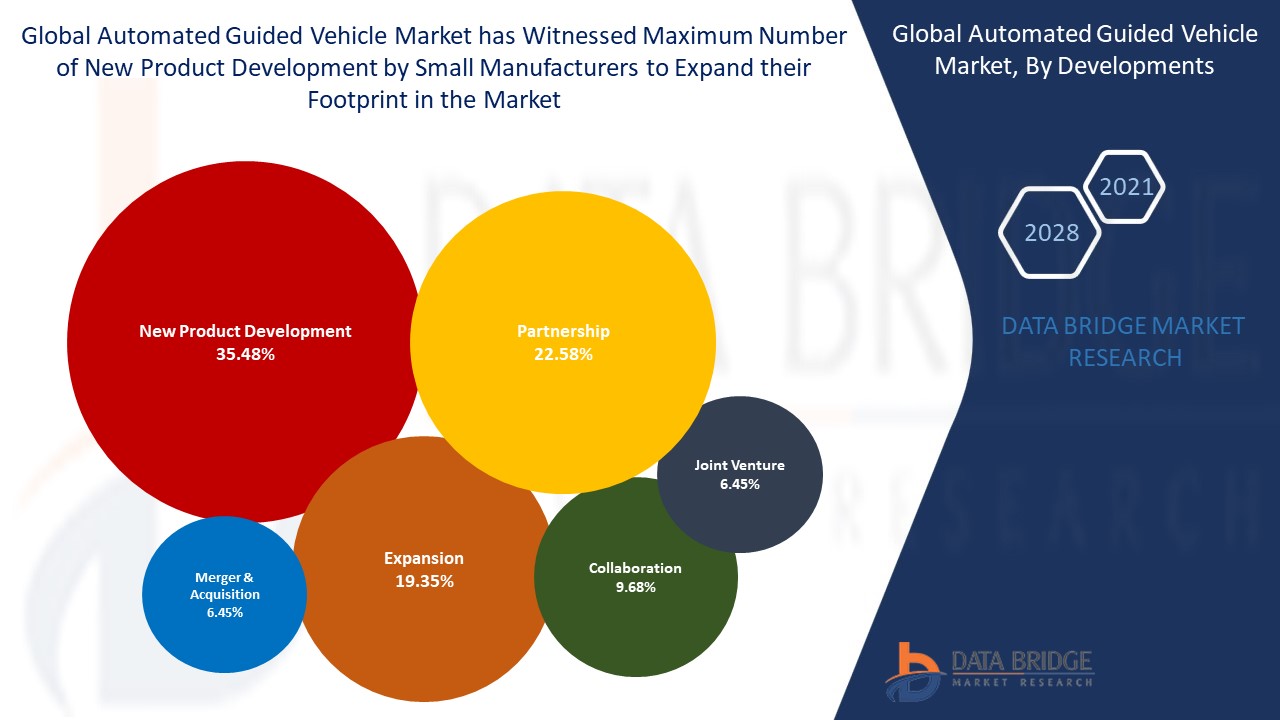 KUKA AG is headquartered in Augsburg, Germany and was founded in 1898. The company provides automated systems and robots to various industry verticals such as healthcare, e-commerce/retail, consumer goods, electronics and automotive. The company deals in multiple business segments such as systems, robotics and swisslog among which robotics is the market focused segment. The company provides various products under categories such as robot systems, automated guided vehicle systems, mobility and process technologies among which automated guided vehicle systems is the market focused category.

The company has presence across the globe in Europe, Asia-Pacific, Americas and Middle East and Africa. In addition, it also generates revenue from its subsidiaries such as KUKA Systems (Germany), Swisslog (Switzerland), Reis Robotics (Germany), Thompson Friction Welding (U.K.) and The KUKA Robotics China Co., Ltd. (China) among others.

JBT Corporation is headquartered in Illinois, U.S. and was founded in 1884. The company is engaged in manufacturing, designing and testing of systems and products for air transportation and food processing industries. The company provides various products under categories such as foodtech, aerotech and automated systems among which automated systems is the market focused category.