Global Containerized Data Center Market is expected to grow with the CAGR of 18.6% in the forecast period of 2021 to 2028. The years considered for study are as mentioned below. 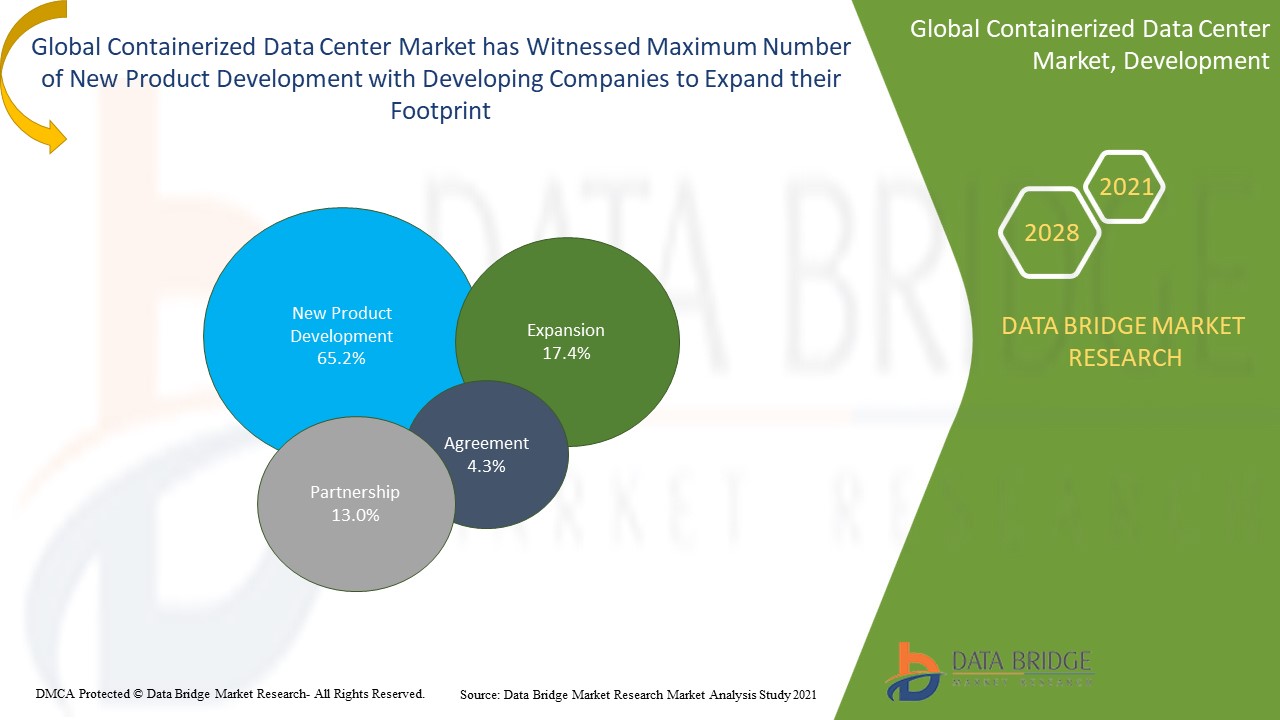 Cisco is headquartered in California, U.S. which was established in 1984. The company is engaged in splving business challenges and creating long lasting customer partership. The product categories of the company include networking software, internet of things, small & midsize business, data Center out of which data Center is market focused category

The company has presence in North America, Europe, Asia-Pacific, Latin America, and Middle East and Africa. In addition to it, the company also generates its revenue from the various subsidiary companies such as Cisco Webex (U.S.), Jabber Inc., (U.S.), Cisco Meraki (U.S.) and among others.

Schneider Electric is headquartered in Malmaison, France and it was established in year 1836. The company is engaged in providing cloud integration, connecting products, controls and software and services for various application. Some of the product category include Critical power, cooling and racks, and industrial automation and control and the market focused category is critical power, cooling and racks.

IBM Corporation is headquartered in New York, U.S. and which was founded in 1911. The company is engaged in providing solutions and services for transforming data Center design to be resilient, scalable and support growing workload demands out of which the market focused business segment is cloud & Cognitive solutions, global business services, technology services, systems. Some of the services categories include business process services, design & business strategies, hybrid multicloud services out of which hybrid multicloud service is the market focused service category.

The company has global presence in North America and Europe. In addition, company also generates revenue through the subsidiary such as Filenet (U.S.), Urbancode (U.S.), the weather company (U.S.), and Softlayer (U.S.) among others.