Global Drug-Device Combination Market is expected to grow with a CAGR of 10.2% in the forecast period of 2021 to 2028. The years considered for the study are as mentioned below.

The global drug-device combination market is a highly consolidated market, including a specific number of key players. The market has witnessed increased strategic developments owing to favorable market scenarios.

The major players dealing in the global drug-device combination market are introducing a strong range of products provider along with launching new products and adopting strategic initiatives such as acquisition, agreement, business expansion, award, and recognition into the market. This helped companies to maximize sales with an enhanced product portfolio. 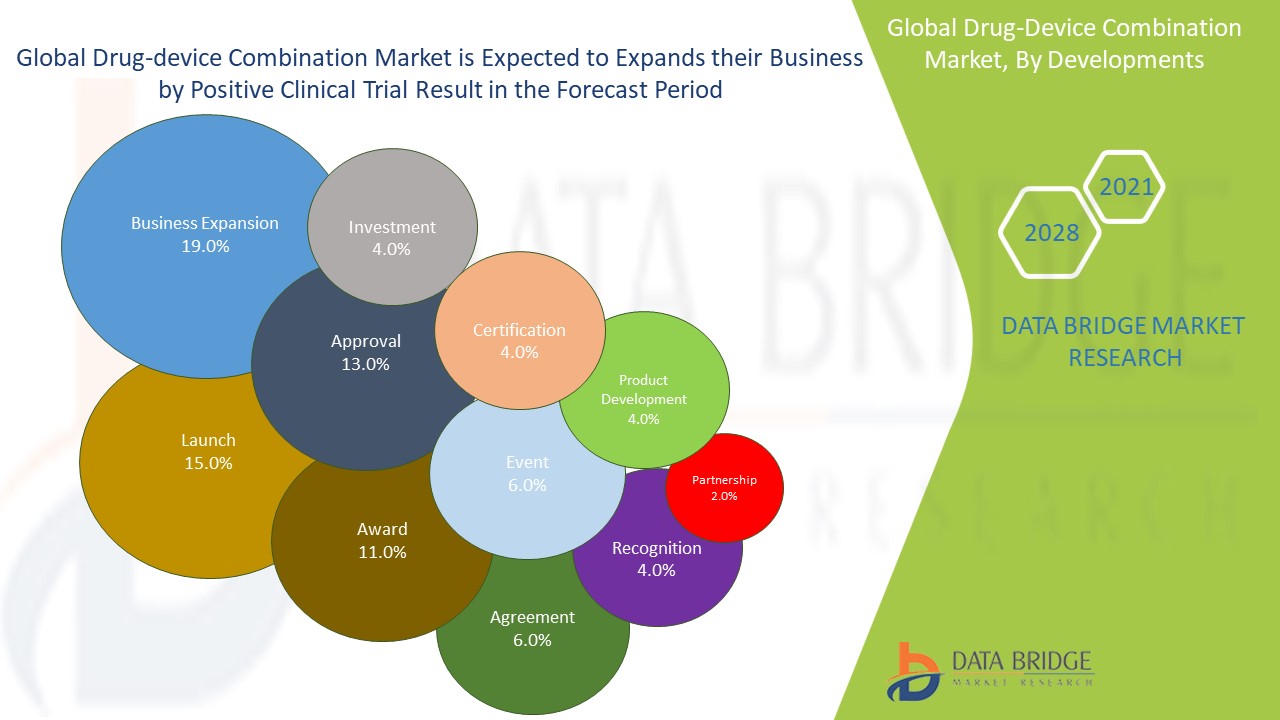 Janssen Pharmaceuticals, Inc. (a subsidiary of Johnson & Johnson Services, Inc.), founded in 1953, and has headquarters in Belgium. The company is focused on various areas of medicines such as cardiovascular and metabolism, immunology, infectious diseases and vaccines, neuroscience, oncology, and pulmonary hypertension. The company has several product categories including SmartJect, TREMFYA and they both are market-focused categories.

Amgen Inc. was founded in the year 1980, headquartered in Thousand Oaks, California, United States. The company is highly focusing on reducing the cost of healthcare and escalating its market presence.  Moreover, the company is concentrating on R&D on novel human therapeutics for the treatment of serious illnesses. The company operates its business via business segment including human therapeutics, which is the market-focused segment. The company has several product categories, Aimovig, Aranesp, AVSOLA, BLINCYTO, Corlanor, Repatha, Sensipar, Prolia, and Neulasta, among others in which Repatha and Neulasta are the market-focused categories.

GlaxoSmithKline Plc was founded in the year 1999, headquartered in Greater London, UK. The company's main focus is a healthcare company, which engages in the research, development, and manufacture of pharmaceutical medicines, vaccines, and consumer healthcare products. The company operates its business via several business segments, including pharmaceuticals, vaccines, and consumer healthcare, in which pharmaceuticals are the market-focused segment. The company has several product categories, which are Prescription Medicines and Vaccines, Consumer Healthcare Products, and ViiV Healthcare, in which Prescription Medicines and Vaccines is the market-focused category.