Concerns about public security are driving an increase in the use of mass notification systems (MNS) in both developed and developing countries. The mass notification systems (MNS) are vital systems in natural catastrophes such as hurricanes, floods, and earthquakes, as well as other situations that pose a risk to human life. Kirksville City Council approved acquiring a ReGroup mass communication system in 2017. The arrangement is for a five-year period, with the city spending USD 6,500 in the first year and USD 5,500 in successive years. 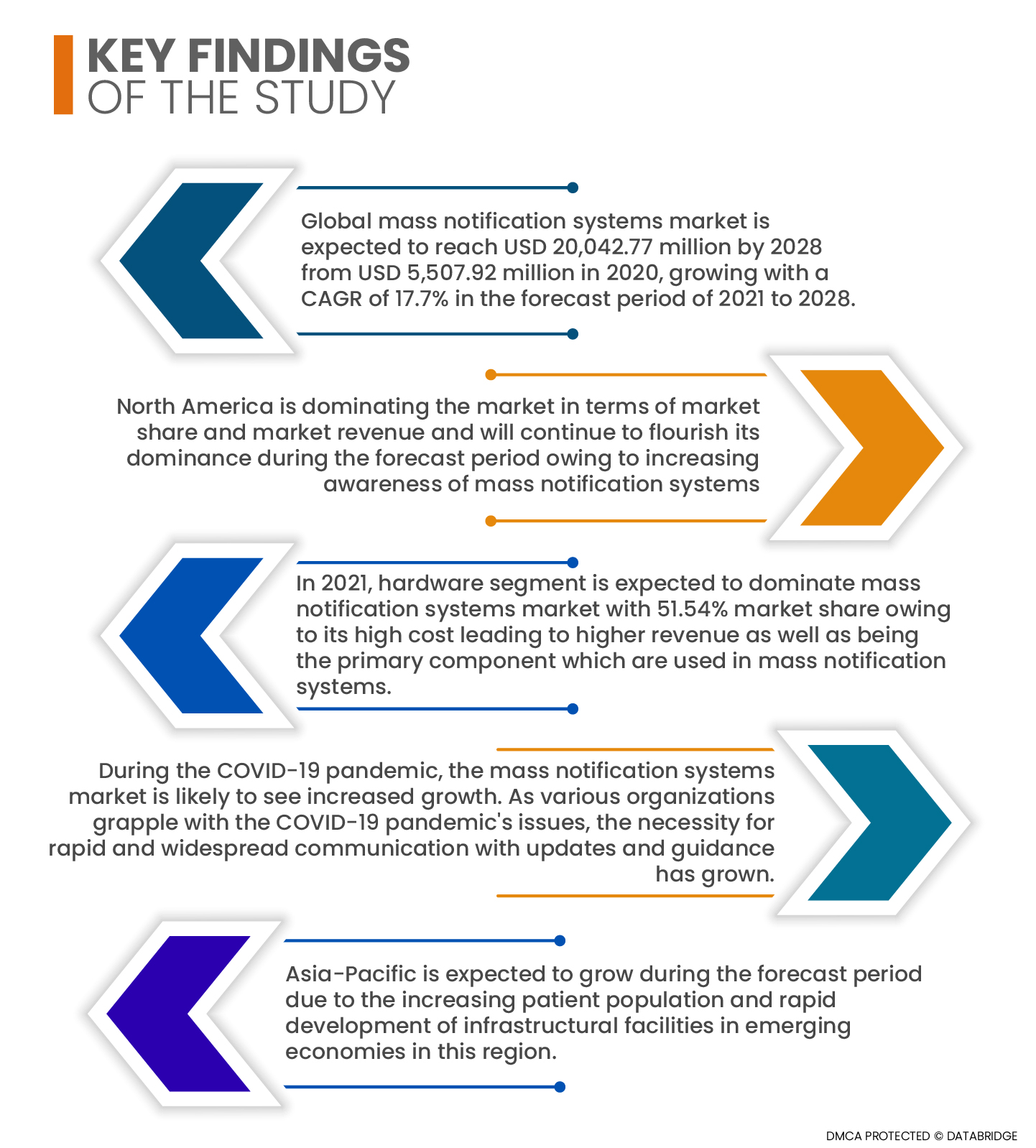 Smartphones were introduced about a quarter of a century ago in 1992 by IBM when they launched the first smartphone, Simon Personal Communicator, priced at USD 1,100 and having a monochrome LCD touchscreen display. As the technology progressed, iPhone was established in 2007 having tons of features which cost about USD 500. It was a revolutionary year since the perception of smartphones changed drastically. The increasing use of smartphones by consumers, which has increased users' convenience in receiving and sending mass notifications, is a major factor driving the growth of the market. Mobile phones have made it extremely capable of delivering mass notifications and informed. Several vendors have released such applications which use several technologies such as GPS and Wi-Fi to provide such services.

Asia-Pacific is expected to grow during the forecast period due to the increasing patient population and rapid development of infrastructural facilities in emerging economies in this region. Because of the rising frequency of criminal acts and natural disasters in the region, mass alerting systems have been implemented to safeguard public safety. Furthermore, rising aerospace and defence activities for launching emergency alert components such as National Message, Earthquake Tsunami Warning System, and EU-Alert across various geographies are likely to drive regional market expansion throughout the forecast period.

During the COVID-19 pandemic, the mass notification systems market will likely see increased growth. As various organizations grapple with the COVID-19 pandemic's issues, the necessity for rapid and widespread communication with updates and guidance has grown. Governments all across the world recognize the value of broadcasting health and safety information to people on-premises or via mobile devices. Several businesses are implementing MNS systems to convey crucial information with resources quickly. As some businesses continue to operate remotely, MNS is frequently used to communicate with remote workers via SMS, push alerts, emails, and recorded audio messages, allowing businesses to maintain tabs on their employees' health.