Protein Hydrolysate For Animal Feed Application Market is expected to grow with the CAGR of 5.9% in the forecast period of 2020 to 2027. The years considered for study are as mentioned below.

The major players dealing in global protein hydrolysates for animal feed application market are introducing strong range of product portfolio. This helped companies to maximize the sales with enhanced product portfolio. For instance, BRF announced the acquisition of some of the distributors in Turkey to increase production and to expand their footprints in the market. 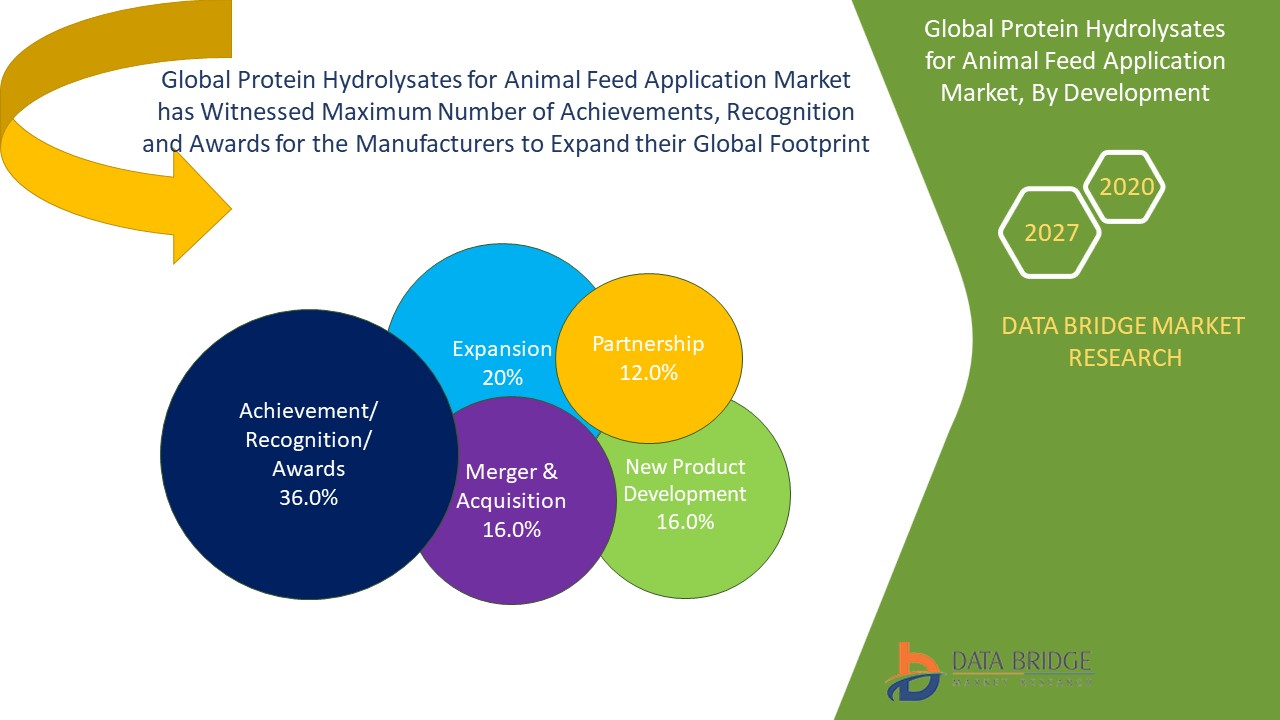 Cargill, Incorporated, headquartered in Minneapolis, U.S., was founded in 1865. The company is engaged in providing the food, agriculture, nutrition and risk management services to the consumers. The company offers product under animal nutrition.

The company has presence across the North America, South America, Europe, Asia-Pacific, Middle East and Africa.

The company has wide presence across The Americas, Europe, South Africa and Vietnam.

Diana Group headquartered in France, Europe and was founded in year 1990. The Company engaged in manufacturing and commercializing of wide range of products across the world. The company operates in Dianafood, Diana pet food, Diana  aqua, Diannova out of which Diana aqua is market focused business of Diana Group. The company offers wide range of product categories such as nutrition, feed intake and health in which nutrition is the market focused category.