Rice husk ash is widely popular for its various properties and benefits, such as fine insulating properties with high melting point and porosity, low thermal conductivity, and bulk density. These properties make it an ideal material for use in various industries and segments. Therefore, the global rice husk ash market is estimated to increase rapidly in the near future.

Data Bridge Market Research analyses that the rice husk ash market is expected to grow at a CAGR of 4.9% in the forecast period of 2022 to 2029 and is expected to reach USD 21,381.45 thousands by 2029. The global rice husk ash market is expanding rapidly due to the increasing use of rice husk ash in producing high-quality silica. Compared to other silica sources such as sand, bentonite, and diatomaceous earth, rice husk has tiny amounts of contaminants that barely affect performance in applications requiring high purity, such as in the manufacture of solar panels requires highly purified silica. Therefore, rice husk is an important source of silica. 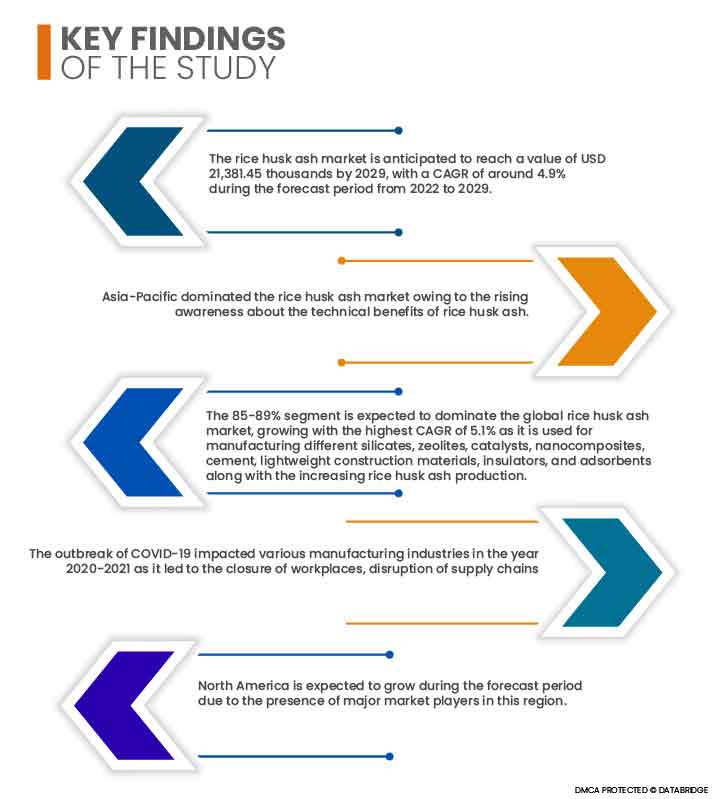 Rice husk ash has been gaining popularity among various industries and consumers as they are regulated by various regulatory bodies and permitted for use. For instance, In Europe, European Chemicals Agency (ECHA), in its REACH regulation No.: 275-735-5, has permitted the use of substance obtained by burning the husk removed from the rice paddy. These may contain silica and elements such as aluminum, calcium, carbon, chromium, copper, indium, iron, lead, magnesium, manganese, molybdenum, phosphorus, silver, sodium, tin, and zinc. There have been regulations in other countries regarding the use of rice husk ash and its components. The rice husk ash is gaining popularity and getting approval from regulatory bodies due to its favorable soil effects in terms of acidity correction. Therefore, the adherence to rice husk ash for various other purposes is expected to provide lucrative opportunities for growth in the global rice husk ash market.

The global rice husk ash market is segmented into three notable segments based on form, silicon content, and downstream application. 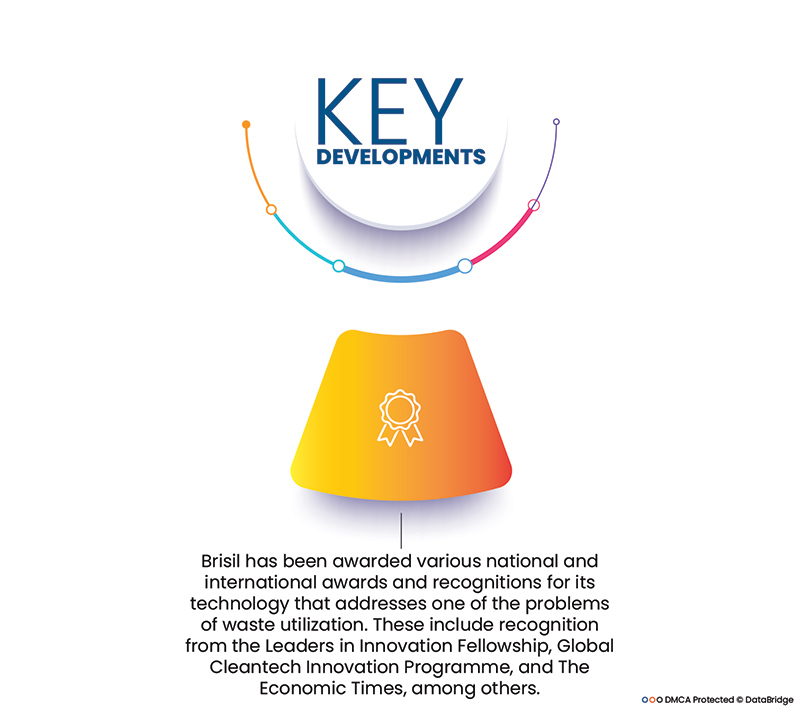 North America is expected to grow during the forecast period due to the presence of major market players in this region. In addition to this, e growth of the construction and steel industries is expected propel the market's growth rate in this region.

The outbreak of COVID-19 impacted various manufacturing industries in the year 2020-2021 as it led to the closure of workplaces, disruption of supply chains, and restrictions on transportation. However, a significant impact was noticed on rice husk ash in the global operations and supply chain, with multiple manufacturing facilities still operating. The service providers continued offering rice husk ash following sanitation and safety measures in the post-COVID scenario.