Global Virtual Reality Market is expected to grow with a CAGR of 49.2% in the forecast period of 2021 to 2028. The years considered for the study are as mentioned below.

The global virtual reality market is a highly fragmented market, which includes a number of key players as well as local players. The market has witnessed increased strategic developments owing to favorable market scenarios. 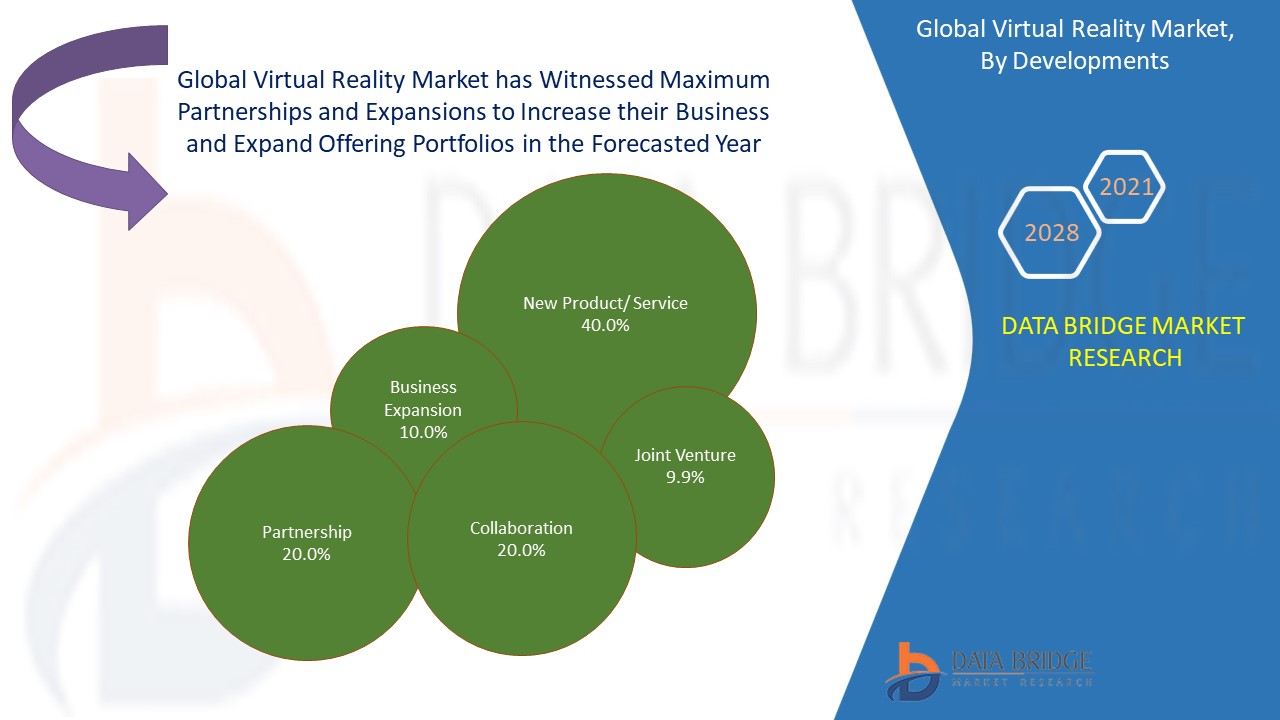 Sony Corporation is headquartered in Tokyo, Japan, and was founded in the year 1946. The company is engaged in manufacturing, designing, development, and selling various devices, electronic equipment, and instruments for industrial markets, professionals, and consumers. The company operates in business segments such as game and network services, music, pictures, electronics products and solutions, imaging and sensing solutions, financial services, out of which Game & Network Services are market focussed business segments. The company offers a wide range of brand categories such as consumer electronics, smartphones, game, and network services, imaging and sensing solutions, pictures, music, financial services, professional in which Game & Network Services are market-focused categories.

The company has a wide global presence across North America, Asia-Pacific, Europe, Middle East, and Africa, South America with its various subsidiaries such as Sony Mobile (Japan), Sony Pictures (US), Sony Corporation of America (US), Sony Financial Holdings (Japan), So-net (Japan) among others.

The company has a wide global presence across the US and generates revenue from subsidiaries such as Sanzaru Games (US), Ready at Dawn (US), InfiniLED Limited (Ireland), Zurich Eye (Switzerland), Nimble VR (US), and others.

SAMSUNG ELECTRONICS CO., LTD., headquartered in Seoul, South Korea, was founded in 1969. The company focuses on providing consumer electronics, information technology, and mobile communications, and device solutions businesses. The company operates in CE, IM, Semiconductor, DP, Harman, and other business segments, out of which CE is the market-focused segment. The company offers product categories such as mobile, TV and audio, home appliances, smart home, computing, Gear VR, out of which gear VR is the market-focused category.

The company has a presence across the globe in Europe, Middle East, Africa, Asia, Oceania, North America.  In addition to it, it also generates revenue from its subsidiaries such as Samsung C&T Corporation (Korea), Samsung Electronics Mexico (Mexico), Dacor Canada (Canada), Harman France SNC (France), Samsung R&D Institute Japan (Japan), among others.