Europe Virtual Reality Market is expected to grow with the CAGR of 46.9% in the forecast period of 2020 to 2027. The years considered for study are as mentioned below.

The major players dealing in Europe virtual reality market are introducing smartphones and internet services across various industries. This has helped companies to maximize the sales with enhanced product portfolio. 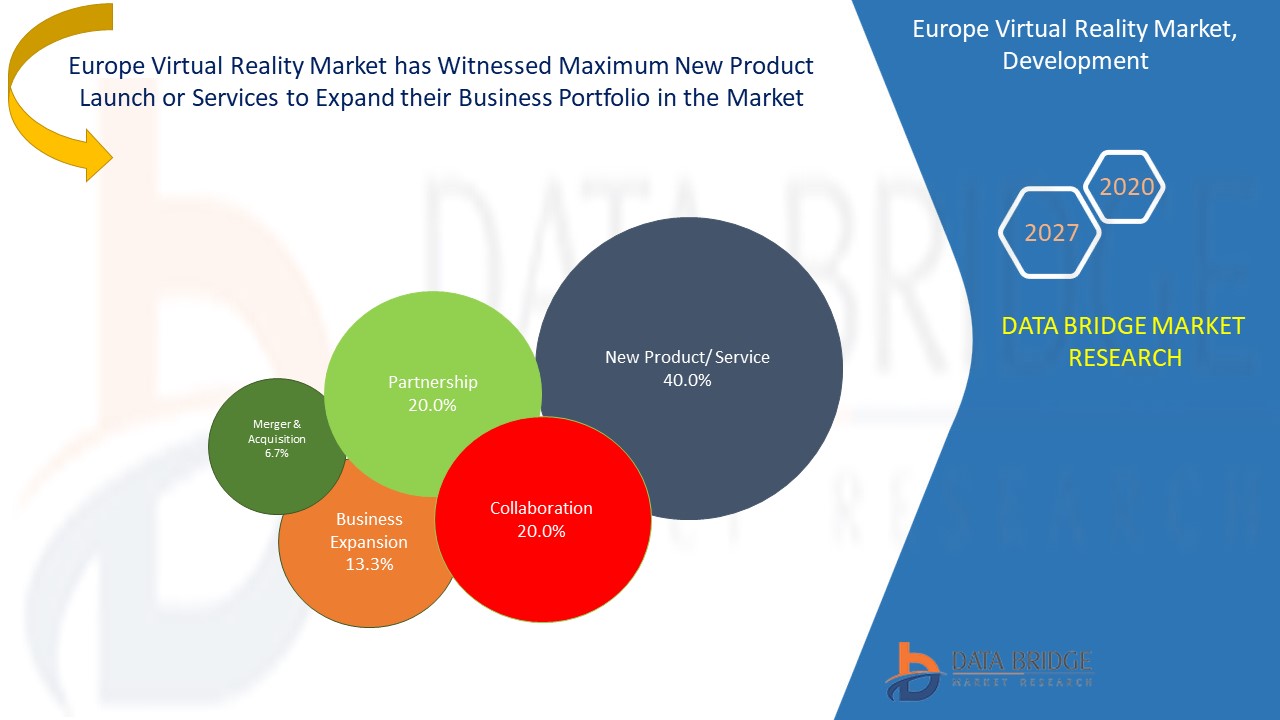 The company has presence in Africa, Americas, Asia, Europe and Oceania. In addition to it, the company also generates its revenue from the various subsidiary companies such as Sanzaru Games (U.S.), Ready at Dawn (U.S.), InfiniLED Limited (Ireland), Zurich Eye (Switzerland), Nimble VR (U.S.) and others.

SAMSUNG ELECTRONICS CO., LTD. is headquartered in Seoul, South Korea which was established in 1969. The company focuses on providing consumer electronics, information technology and mobile communications, and device solutions businesses. The company has wide business segments such as CE, IM, Semiconductor, DP, Harman and other in which CE is market focused category. Company operates the business through various products such as Mobile, TV & Audio, Home Appliances, Smart Home, Computing, and Gear VR among which Gear VR is focused category.