Global Wearable Devices in Sports Market is expected to grow with the CAGR of 17.6% in the forecast period of 2021 to 2028. The years considered for study are as mentioned below.

The major players dealing in global wearable devices in sports market are introducing strong range of products provider along with launching new products and adopting strategic initiative such as acquisition, agreement, business expansion, award and recognition into the market. This helped companies to maximize the sales with enhanced product portfolio. 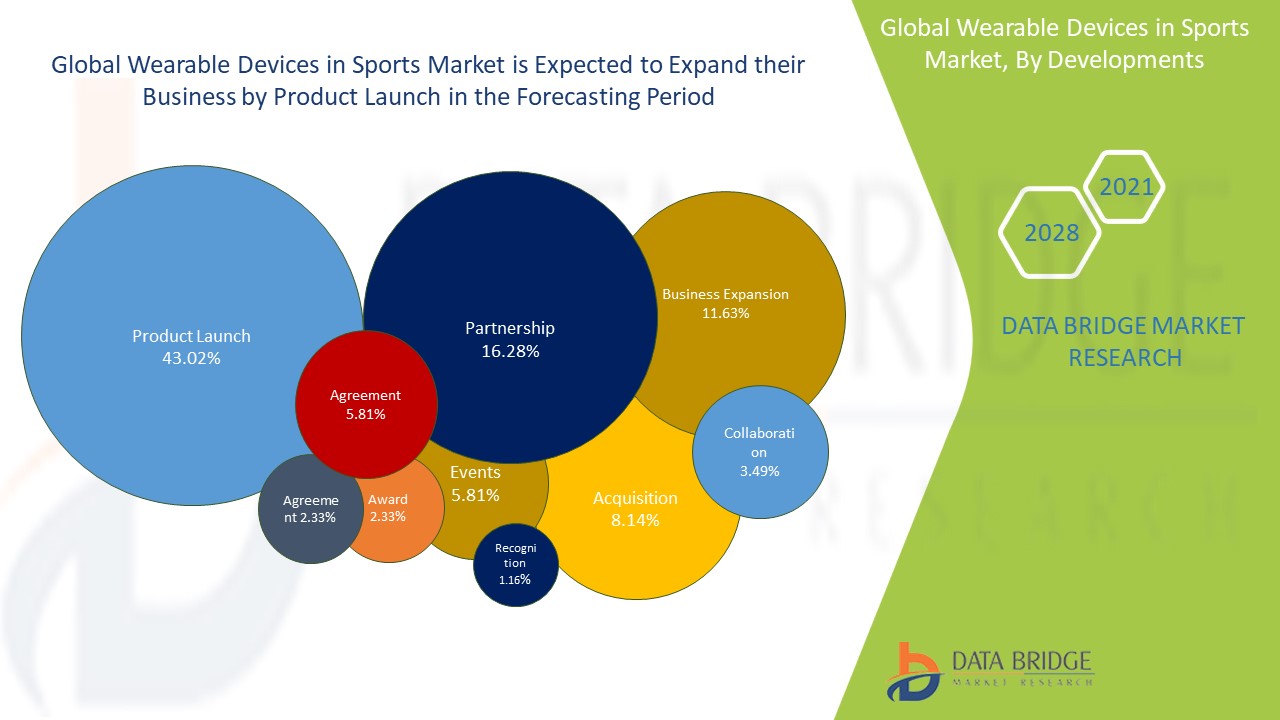 Apple Inc. headquartered is in California, United States, founded in 1977. The company designs, manufacturers and markets smartphones, personal computers, tablets, wearables and accessories and sells a variety of related services. The company operates its business through several business segments that are smartphones, personal computers, tablets, wearables and accessories in which wearables are the market focused segments. The company has wide product categories such as iPhone, Mac, iPad, Wearables, Home and Accessories, in which wearables is the market focused category. The company is attaining lucrative growth through several strategic initiatives.

Huawei Technologies Co., Ltd. headquartered in Shenzhen, China. The company focuses on providing information and communication technology (ICT) infrastructure and smart devices. The company has wide product categories such as Consumer, Enterprise, Carrier and Huawei Cloud, in which Consumer is the market focused product. The company is attaining lucrative growth through several strategic initiatives.

Fitbit Inc. (A Subsidiary of Google LLC) headquartered in California, United States. The company is an American consumer electronics and fitness company. Its production range includes activity trackers, smartwatches, wireless-enabled wearable technology devices that measure data such as the number of steps walked, heart rate, quality of sleep, steps climbed and other personal metrics involved in fitness. The company has various product categories that are Watches, Trackers, Services and Accessories, in which Watches, Trackers and Accessories is the market focused products. The company is attaining lucrative growth through several strategic initiatives.

The company has presence across United States, Europe, Middle East and Africa and Asia-Pacific.