Middle East and Africa Thyroid Ablation Devices Market is expected to grow with the CAGR of 9.7% in the forecast period of 2021 to 2028. The years considered for study are as mentioned below:

The major players dealing in Middle East and Africa thyroid ablation devices market are introducing strong range of products provider along with launching new products and adopting strategic initiative such as acquisition, agreement into the market. This has helped the companies to maximize the sales with enhanced product portfolio. For instance, in October 2020, Olympus Corporation had collaborated with CYBERNET SYSTEMS, CO, LTD to establish an AI diagnostic support system at a major medical institution, the Asian Institute of Gastroenterology (AIG) based in Hyderabad, India. The initiative by the company would ensure that the lecturers from Showa University Northern Yokohama Hospital deliver expert guidance to AIG doctors. It would deliver a positive growth in the market. 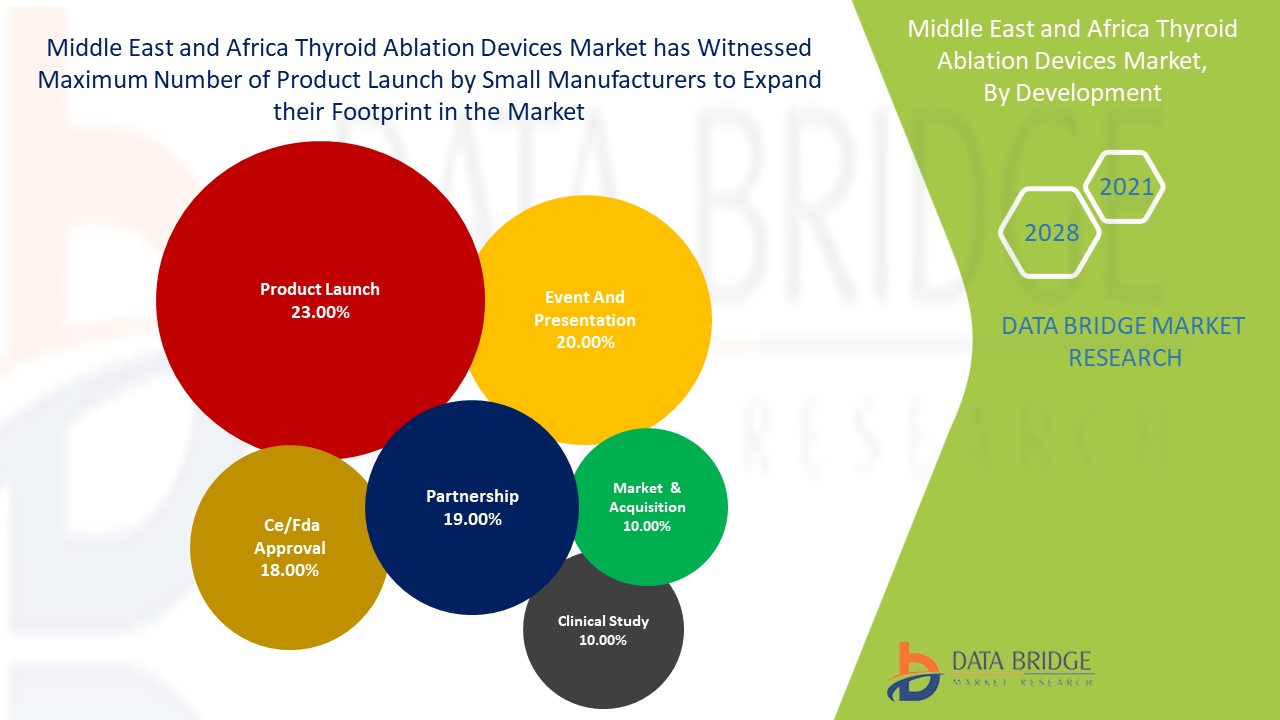 Medtronic is headquartered in Dublin, Ireland and was founded 1949. The company is focused on keeping employees safe as we work to provide healthcare teams with the life-saving products they need to continue to treat patients around the world. The company provides products under categories such as Advanced Surgical Technology, Cardiac Rhythm, Diabetes, Cardiovascular Rhythm, Digestive and Gastrointestinal, Ear, Nose and Throat, General Surgery, Gynacological, Neurological, Oral Maxillofacial and Dental, Patient Monitoring, Renal Care, Spinal and Orthopedic, Respiratory , Surgical Navigation and Imaging, Urological out of which Advanced Surgical Technology is the market focused category.

Terumo Europe NV (a subsidiary of Terumo Corporation), Biosense Webster, Inc. (a subsidiary of Johnson and Johnson, Services Inc.) and Smith & Nephew are Dominating in the Europe Thyroid Ablation Devices Market in 2020