North America Cleanroom Technology Market is expected to grow with the CAGR of 5.5% in the forecast period of 2021 to 2028. The years considered for study are as mentioned below.

The major players dealing in the North America cleanroom technology market are introducing a strong range of product portfolios. This helped companies to maximize the sales with enhanced product portfolio. 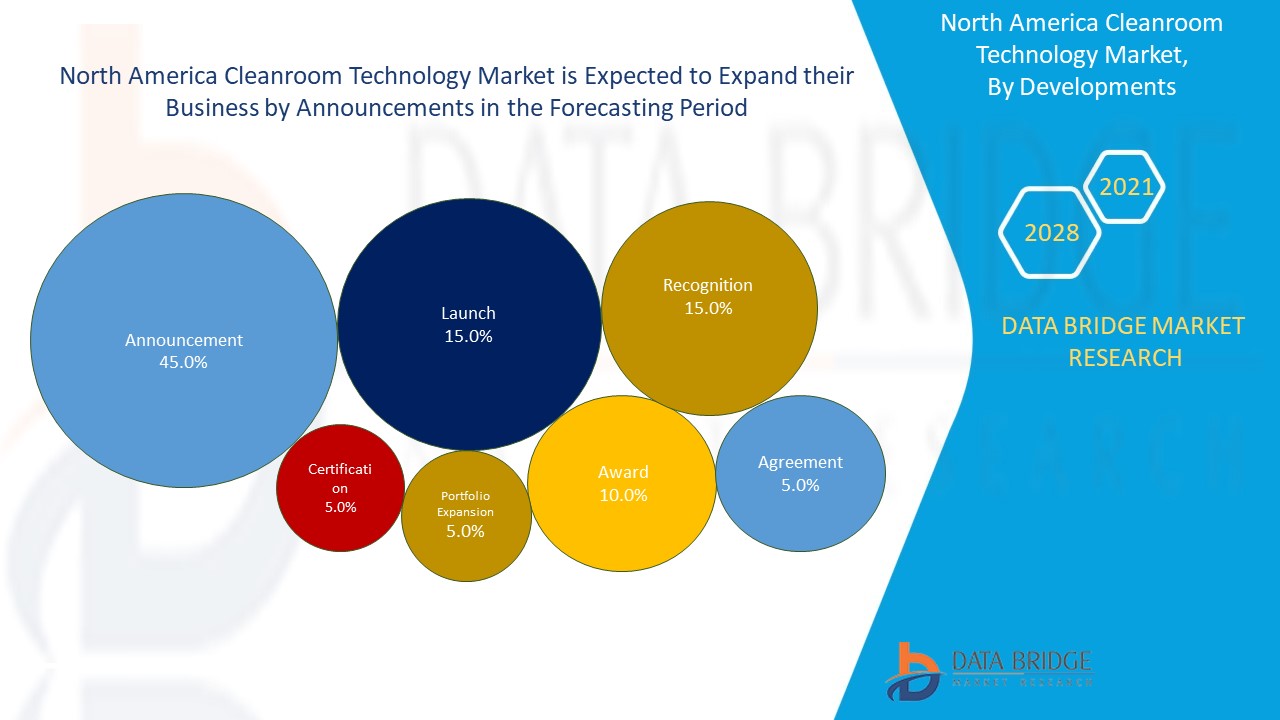 Cortec Corporation has headquartered in M.N, U.S. was founded in 1977. The company focuses on providing magnificent corrosion solutions for industries worldwide.

AICELLO CORPORATION headquartered in Aichi, Japan was founded in year 1933. The company is focused towards contributing a society by consistently manufacturing high-quality products that have low environmental impact and satisfies the ever-changing requirements of industries.

The company has wide global presence across the world as North America, Europe, and Asia-Pacific.

Northern Technologies International Corporation is headquartered in Minnesota, U.S, was founded in 1970. The company focuses on developing and marketing proprietary, environmental beneficial products and services in over 60 countries either directly or via subsidiaries.

Prominent Factors Such as of Technological Advancements, rise in Expenditure, and Need to Meet Stringent Regulations of FDA Standards for New Product Launch are Driving the Growth of Cleanroom Technology Market